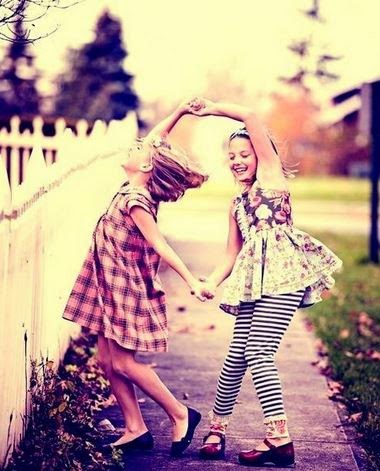 So, a confession: I’m on my eighth manuscript (or so) and I’m, for the very first time, writing a true friendship.
Seriously.
It’s funny, because writing friendship is something I totally did not realize I didn’t do until I made the conscious decision to include it.
The second I decided it belonged in this manuscript, the fact that I hadn’t really done it before slapped me right in the face.
That said, I don’t believe my previous main characters were friendless losers.
Nor were they loners.
Not even close.
Every single one of them had friends and family and people they talked to to make the story go round (duh). I mean, this is obvious. Even infamous loner Jack Reacher has people he can talk to. (Though, “Reacher said nothing,” might be one of the series’ most famous lines.)
But, as is the case with many mysteries, the friendships I examined in the past were that of coworkers. You know, people working together on a case, or who join forces to catch a killer. A coworker relationship is a level of friendship, of course, but it’s completely distinct when compared to people who are simply friends.
Plus, in my manuscripts as in many others, there’s often an element of romantic tension coloring the main friendship/working relationship. And that, whether it’s between coworkers or true friends, changes everything about the friendship you’re examining.
But this time around, my main character has a true best friend.
The kind who’d have matching half-heart necklaces if they were a bit younger.
They’re just a couple of girlfriends, who do things girlfriends do.
They call each other. They shop. They dish on boys.
Heck, I have an entire scene where they’re at a pizza joint on a Saturday night. It’s integral to the story, but the scene is really about their friendship (and demonstrating the nature of it) as much as it is about moving the main plot forward.
For some reason, the chance to write this sort of relationship feels liberating. It’s so different from writing boss-underling, coworker-coworker, worker-new worker, will-they-or-won’t-they-get-together “friends.” It’s fun. It’s fresh. And it reminds me of the girls I love and feel grateful to call friends.
How do you approach friendship in your manuscripts? Is there room for it, or does it hang out on the sidelines?
Posted by Sarah Henning at 12:00 AM

If you caught me in a moment of candor, like now, I would tell you I have no close friends. The problem is mine. I have been too private a person to have really close friends; to have close friends you must be able to open yourself to hurt and pain.
I have been and continue to be a chicken.

Good question. I too haven't tackled it head-on, but it underlies the majority of relationships although probably tacit. Well worth examining afresh.

Unfortunately, mysteries are supposed to keep on task, finding out whodunit. Friendships can be included, but exploring those relationships would have be done in such a way as to facilitate the plot.

In a series that I'm developing, two former roommates turn adversarial, and yet even if they are on opposite sides of the law, they like each other. I've trying to maintain a balance between the past and present cases and the back story and the plot. It's hard. You have to demonstrate the relationships without bogging down the story.

When you figure it out, Sarah, let us know! I think friendships are probably easier to write about in literary novels.


Interesting question. My best friend of almost 50 years, Phyllis died three years ago several weeks before my brother who was closest in age to me. I miss both of them so much. I have other family and friends, but none I felt I could call and discuss the little things that happen day to day. Phyllis was one who almost everything I suggested we do, went along with me. Especially attending concerts. Fortunately, a member of one of my book clubs loves the same kind of music I do, and we go to concerts on a regular basis and enjoy ourselves. But we don't call each other on a regular basis or go out to lunch like I did with Phyllis.

Friendship is part of most people's lives, like romance or hobbies or passions. I think they have a definite place in all novels, including mysteries and crime novels. Anything that is intrinsic to the characters and the story has a place in it. That said, some authors will emphasis certain aspects of life. I find the story and the characters dictate what needs to be included.

So interesting that you brought this up, Sarah, because in my WIP the thought was always tugging at me, "well, what about her friends? Aren't they worried that she's disappeared?" And I started to What If? What if she was told not to contact her friends, but she couldn't help it. And what if one of those friends let slip to the wrong person that she knew where my MC had gone? Turned out to be a very realistic solution to a plot point that had eluded me.
Friendships, for me, add to the character and do tell a lot about them.

I think an example of a good friendship in a mystery is Diane Mott Davidson's character, Goldy the caterer, and her best friend, Marla. Marla is the second ex-wife of Goldy's ex-husband.

I wonder if there is a difference between a best friend and a sidekick in writing. Do they fulfill different functions?