On Creativity and Talent 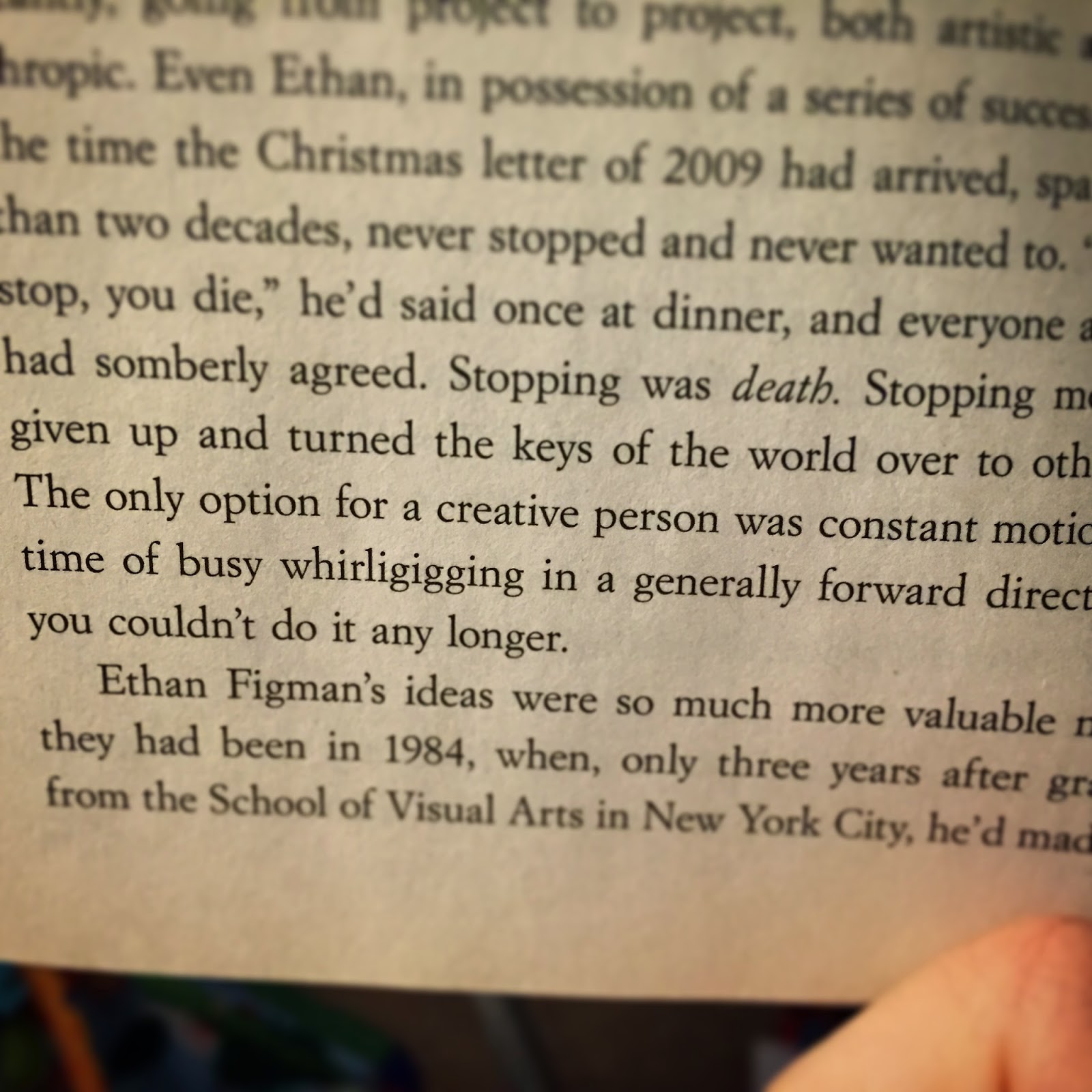 I’ve owned Meg Wolitzer’s “The Interestings” for a while now, but I’m finally, FINALLY getting a chance to read it. I know, I know. I’m super late to the party. But that’s the great thing about books, right? They’re still there, waiting to entertain you at any given moment. And they’ll hit you just as hard when you get around to reading them as when you purchased them.

Anyhow, though I’m not finished with it yet—and I hope that doesn’t totally discredit me—I wanted to discuss one of the novel’s themes: the struggle between talent and creativity, i.e., the truth that they aren’t necessarily mutually exclusive.

(All those poor horrible singers on “American Idol” who think they’re personally great but then get torn apart by both Simon Cowell and the nation at large come to mind as an extreme example of this.)

The opening of the book includes a quote from Mary Robison’s “Yours” that discusses what it’s like to only be sort-of good at something:

“…to own only a little talent…was an awful, plaguing thing…being only a little special meant you expected too much, most of the time.”

Meanwhile, the passage pictured above really caught me and seems to be diametrically opposed to the opening quote. It’s a sentiment delivered by one very talented, hard-working character, Ethan Figman, who goes on to become extremely successful with his “Simpsons”-esque cartoon show. The passage is teenage Ethan, discussing his art with the book’s main character, Jules, who, unlike Ethan is only marginally talented (as an actress):

“Stopping was death. Stopping meant you’d given up and turned the keys of the world over to other people. The only option for a creative person was constant motion—a lifetime of busy whirligigging in a generally forward direction, until you couldn’t do it any longer.”

Both these quotes struck me hard in the gut because they seem to encompass the complicated barrage of feelings we endure as writers who exist in a world with other writers, each managing our own expectations, measures of success and love of art.

I believe any artist internally thinks he or she is talented in some way. Maybe we don’t walk around with our chests puffed out and boasts on our breath, but I think just by the act of making art and liking our own art—smiling at our own great turn of phrase, for example—we must think that in our own mind’s eye that we’re talented at it. It’s just up to us whether we care if others acknowledge that talent.

I love writing. I’m always whirligigging forward, because I don’t want to stop. I’d be doing it anyway, whether someone on the outside thought I was talented or not. You can’t stop a passion, you can only squash it down and make yourself unhappy in the process.

But given that passion and talent aren’t necessarily mutually exclusive—oh, poor “American Idol” contestants—is talent really even necessary at all for a true passion? Or does your passion make you talented at it—even just a little bit? What do you think? And does it even matter?
Posted by Sarah Henning at 12:00 AM

I think creativity and talent are essentially unrelated. Creativity involves imagination, creating or inventing something new using elements already in existence. Talent has to do with execution. When we are talking about performers, we are mostly concerned with their talent. Do they sing on key, in tune, in rhythm music someone else has created. Yes, there may be a certain creative edge to a performance, but that comes only after the skill has been mastered. Once can be very creative, but without the talent of execution.

Some writers are very creative. They devise unique worlds and character and conflict. They may or may not have the talent to execute their creative vision. Other writers are skillful, but need someone else’s inspiration from which to execute.

I do agree that any writer who submits works for publication must have a belief in their talent.

Passion is an emotion that facilitates talent, pushing the artist to work on improving skills and endure. Creativity showcases talent. Talented artists can create mediocre work. With creativity, an artist's works interest the public and push the artist to new levels of achievement. Concepts can be creative, but unless they are executed they aren't worth much. I have creative ideas for sci fi novels, but I don't think I'm the right writer for the job. Wish I were. Maybe someday I'll become that writer.

I think creativity can be nourished; talent can be enhanced by effort and practice. As James said we see talent only in a performance. When I hear someone talk about how talented another person is, I always think that downplays the years of hard wok the performer put in enhancing the demonstrated skill.


I often hear some people say I have this book I want to write, but . . .and they always have excuses for not writing it. Other people say to me where do you get all your ideas? Well, that's the creativity in me. Will I ever make it to the best seller lists? No. I know my limitations, but that doesn't mean I don't keep working at what I love to do, and that is creating characters, story lines and a decent story. I'm just happy that I'm not someone who has to perform on stage in front of an audience.

I just read an article about Vincent Van Gogh, who decided to become an artist despite his feelings that he had little talent. He worked hard at learning the craft, and he certainly had vision.

Passion is perhaps the key ingredient. Someone who is passionate about writing will expend the time and energy to master the craft Not that one always needs to follow all the "rules," but the rules need to be understood before it becomes obvious when it is appropriate to sidestep them.

I saw an interview with Angelina Jolie who talked about directing the movie, Unbroken. I can't remember her exact words but something along the lines that she wasn't an experienced director and felt a huge responsibility to get the story right. However, her passion for telling Louis Zamperini's story helped her overcome obstacles and the daily challenges of a grueling schedule.

I think passion for a project is what keeps people motivated to improve their skills.

You guys have the best answers! I so agree with all of them, especially E.B.'s opening line of "Passion is an emotion that facilitates talent"... it's definitely true.

I think passion is key, Sarah, but true passion will lead the writer to develop the talent and will feed creativity. Any artist needs all three elements to be at the top of his/her game, but passion is the key element.