Warren Bull’s latest collection, Killer Eulogy And Other Stories, contains eight noir short stories. Noir stories seem real to me because they read like nonfiction without all the research and backstory. In this interview, I hope to reveal some of the dark and twisted truths Warren throws at his readership without spoiling the stories.

The collection is only available in digital formats of PDF, EPUB (Nook and iPad), Untreed Reads and Kindle. Look for more about Warren’s writing at his website.

1. Why do people fear unknown, random violence when most victims know their killers?

2. We imagine people murder for ruthless reasons, yet that isn’t always the case. Is there such a thing as justified homicide?

Legally and morally there are justified homicides to protect yourself and others when there is no way to escape and no lesser response would suffice.  That happens very rarely. However, different people have varying life experiences and varying ideas about risk to self and others.

3. Normal life connections between people such as in support groups and church memberships foster those in need. On the extreme edge of supporting those needy people, moral conflicts fade. Is this human weakness or strength?

Interesting question.  When people become so involved in helping and supporting a marginalized group (or individual) it is possible to come to believe that anything that stands in the way of helping, such as law, or standards, is an obstacle to be overcome.  If my daughter needs a kidney transplant to live and your daughter is ahead of her on the transplant list, I might think you were a parent who is sharing the same tragic circumstances I am. Alternately, I might conclude on very limited information you were unjustly bumped up ahead of me because of your political connections and wealth.   It is easy to slide over the line that separates deep concern from obsession.  I remember in graduate school attending classes while writing my dissertation. I attended a new class, learned the requirements, and announced something like, “I can’t do all that. I’m writing my dissertation.”  By the next class I had pulled myself back across the line and apologized to the teacher. I explained that I was only partly in my right mind because I was in the process of writing my dissertation and that of course the class had requirements.  The instructor was willing to compromise, but I said I would complete the class assignments as described in the first class and write my dissertation too. I did.

4.  Has your cancer made you a more ruthless and stark writer?

It has certainly made me more aware of my mortality.  I can write with more authority about dark ideas and pain.  With medication I had hallucinations and delusions. On the other hand I can write about family and friends who have stayed with me through the darkest days. Note: as a writer I really don’t get much chance to be ruthless.

5.  What is your favorite method of murder?

I don’t have one favorite.  I’ve used all kinds of methods in what I write. I have two rather obscure methods of killing in mind that are waiting for just the right story to show up.

6.  What is your favorite motive for murder?

I love all the classics — money, sex, revenge, rage, embarrassment, admission to the Mafia or a gang and/or for the experience. I have some limits. I think John Wesley Hardin went too far when he shot a man to death who snored too loudly.

7.  Some victims are innocent. Other victims provide motive for their killers. Which type of victim makes for more interesting stories?

I think the victim who has a touch of deviousness is more interesting.  It allows the reader to think, “I’ve said I would kill someone who did that to me. Would I really?”
8.  Two of your stories feature mystery writers. Are we too hungry for success?

I thought writers are individuals with varying degrees of desperation.  In literary fiction the main character is often a writer.  Actually, mystery writers as a group are amazingly helpful and supportive to people developing their craft.  Personally I would never kill anyone for a publication.  A three-book contract, well…

9.  Which of the stories are your favorites and why?

The Lottery, To Build a Fire, The Most Dangerous Game, The Secret Life of Walter Mitty, Nightfall, A Clean, Well-lighted Place, The Lady or the Tiger, The Devil and Daniel Webster, An Occurrence at Owl Creek Bridge and The Gift of the Magi to mention only ten.

They are my favorites in that I can recall all of them without having to look them up.  On another day my list might be quite different.  I admire the style, economy and impact of the stories.

10. Who are your favorite short story writers and why? 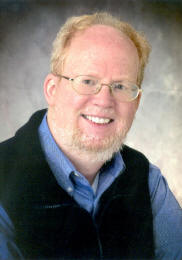 These are “off the cuff.” Even as I was writing them down I was thinking of more authors.

They are my favorites for their ability to draw me into their stories, take me along on a smooth ride and deliver an ending that is emotionally powerful and satisfying while being unexpected.
Posted by E. B. Davis at 12:00 AM

Good answers in your interview, Warren. With age I'm more accepting of my mortality. Also, going through the deaths of those close to me and being with two of them as they died, I don't have as much a fear of death although I'm far from ready for it. I have too much to do yet, like get my library organized and all my gardens weeded and all those books and stories finished that are cluttering up my brain.

I try not to make any of my victims too nice or if they are, I give reasons why there death isn't as horrible as it would be if the victim had lots of good life ahead of them. I will not harm a child or kill an animal. I could never do that even on the written page.

This is a particularly good interview. The questions demonstrate a familiarity with the Warren and his work. Warren, you answers are insightful as well. Wishing you every success with your new short story collection.

I should have reread before posting!
Too little sleep translates into typos. I'll rewrite:
This is a particularly good interview. The questions demonstrate a familiarity with Warren and his work. Warren, your answers are insightful as well. Wishing you every success with your new short story collection.

I like to make my victims flawed people so their deaths are understandable. I suppose sometimes I'd look at writing a murder of a very good person as a challenge perhaps. I do try to make many of my murderers sympathetic--real people who've stepped across that line because of love or obsession or fear. I think that's more realistic than the Snidely Whiplash murderers we often see who are evil personified. It's usually not demons committing murders but other flawed and weak human beings terrifyingly similar to us.

There's nothing worse than a totally innocent victim--and harder to prove unless the criminal is stupid.

I enjoyed reading Warren's short stories that caught me by surprise. Thanks for the interview, Warren. Hope you get a Derringer nomination because they are worthy stories.

Having just written my first short story, I commend you, Warren. Writing short is hard, at least for me. I want to elaborate as I would in a novel. Elaine, I loved your questions, and I loved your answers, Warren. The book sounds so interesting, and I love noir, that I ordered it.

Jacqueline, I had a brother (now deceased) who we all called "The Edward," so "The Warren" doesn't sound all that strange to me!

Great questions, great answers. I know you'll do well with your collection, Warren. You know I'm a fan of your stories.