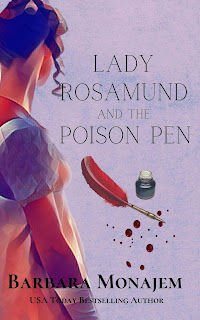 Most of what I have written so far has been in third person point of view—a close third person, deep inside the mind of the character, usually in a romance. There are a few exceptions—a short story in the anthology Crime Travel, and a piece full of melodrama and teen angst, based on a real-life experience, written when I was thirteen. (Fortunately, I never finished that one.)
First person doesn’t work particularly well in romance, but mysteries are another story. So when I decided to get back into writing mysteries – yay, here was my chance!
It wasn’t as easy as I thought. My fault, for choosing to write from the point of view of an aristocratic lady from two hundred years ago. Lady Rosamund simply doesn’t think like we do. For one thing, she’s a snob. She can’t help it; she’s been taught from birth that she’s superior to almost everyone else. She has her doubts about this—as she has about much of what her domineering mother has drummed into her—and yet her innate snobbery rises naturally to the fore.
Why, you ask, would I choose to write from the point of view of a snob, someone with a whole slew of prejudices which range from absurd to ghastly by today’s standards? The answer is, because I wanted to see Lady Rosamund grow. She’s not evil or unkind. She’s just privileged—really, really privileged—but she has it within her to learn, to examine her motives and responses, and gradually develop into a new woman. (While solving various mysteries along the way.)
It was a bit uncomfortable making myself think like a snob. What would I have been like back then, if I’d been an aristocrat? Or a servant? How does Lady Rosamund relate to her servants, and how do they feel about her? Do they believe she’s superior? Do they accept the status quo? I don’t go directly into their minds, but they do show their feelings. Does Lady Rosamund notice this, or does it all go over her head? What about the poorer people she encounters, such as a crossing sweeper, a coal heaver, or a homeless little girl? What, if anything, does she understand about their lives? What will she learn, while making some pretty obnoxious blunders along the way? In what ways will she decide not to change—or find herself unable to do so? 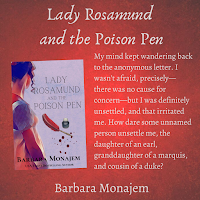 If that’s not enough to work with, Lady Rosamund has a compulsion to check things over and over. It’s related to anxiety—and the compulsion in turn causes an added anxiety, the dread of being confined as a madwoman by her scandal-averse family. She also finds sexual intimacy repellent, so she marries a man who will leave her be and stick to his mistress—another quirk which, in that day and age, might be seen as a form of madness. She would be considered unwomanly for not wanting to sleep with her husband; however, she would be expected to ignore the existence of his mistress. (Crazy, isn’t it?) But the mistress is her best friend, which makes her even odder. Bottom line—privileged does not equal safe.
She muddles along reasonably well, considering, until a caricaturist—the equivalent of a modern-day tabloid photographer—mocks her in scandalous prints. Then she receives anonymous letters hinting that the world will soon know how very insane she is. But she isn’t, and she knows it. She has no choice but to DO something about the situation.
So she does, and I had great fun helping her do it.
Tell me: Do you enjoy reading (or writing) novels written in first person? Why or why not? 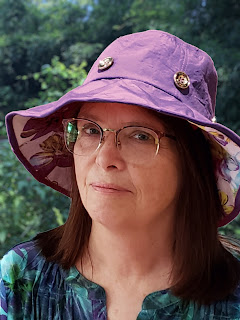