An Interview with James M. Jackson by E. B. Davis


With hidden money and connections to reach past his prison walls, the Happy Reaper threatens to avenge his capture and eliminate the entire McCree clan. Seamus must neutralize him, but how?

DNA can answer the question of who’s included in the McCree clan. Every family has secrets. Who has the right to know?
Amazon.com 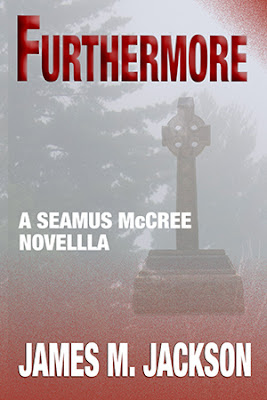 After reading too many cozy mysteries, James M. Jackson’s books are the antidote. His main character, Seamus McCree, doesn’t cook or even taste his food, drinks Diet Dr Pepper for breakfast, not lattes, stares down a hit man while trying to bribe him, and he’s polite to women but thinks ungentlemanly thoughts sometimes. Nope, no cozy mysteries.

The women in Seamus’s life are typical. His dart-throwing mother has many secrets, so many that for a time she didn’t speak—literally. His ex roils hot and cold as do her thoughts on Seamus. His granddaughter is sweet even though Seamus is considered a bad influence on her. We’ll see how sweet she becomes as the series progresses. I doubt she’ll have a spinoff cozy series.

But even with all those un-cozy elements, I still am glued to the page due to the action, discovery, and plot switch-backs. Furthermore, a novella, is number 6.5 in the Seamus McCree mystery series. 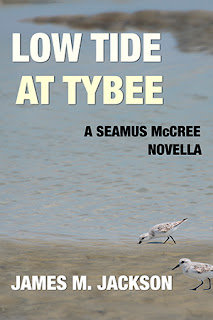 Of course, readers are always right. That doesn’t mean you have to listen to them.

Fans of False Bottom (Seamus McCree #6) wrote to ask who the parents of Colleen Carpetti, a minor character, were. That answer requires a Boston-area setting. My intention for the seventh Seamus McCree novel is to bring Seamus back to his home in Michigan’s Upper Peninsula, where Cabin Fever and Empty Promises took place. Rather than make readers wait until book eight, I developed an idea for this novella that addresses their question in a subplot.

But if I was going to write this story, I wanted to maintain the standards I set for the series: intricate plot with twists and turns, complex characters, and it had to stand on its own without requiring prior series knowledge. In this case, doing it all in fewer that 20,000 words, I chose the confrontation with the Happy Reaper for the central story, allowing family relations—including Colleen’s parentage—to occupy the subplot. Based on the reviews, I succeeded on all accounts.

Will we find out how Colleen Carpetti, who was adopted by an Italian family, still ended up with an Irish first name?

I think it’s fair to say the adoption was not blind.

Since Colleen had contact with Uncle Mike, she also subscribes to his three rules. Remind readers of they were, please.

Uncle Mike was a hard-nosed Irish cop who never had kids of his own, but acted as Seamus’s surrogate father after his real father’s death. His rules were.
1. Honor your mother and father.
2. Stand up for what you believe in, no matter the cost.
3. Never drink alone.

Why does Lizzie, Seamus’s ex and Paddy’s mom, think Seamus is The Bad Influence on Megan, their granddaughter?

Seamus relishes his grandfather role, part of which he sees as allowing Megan to have experiences her parents might not condone. For example, he’s probably the one to teach her to read under the covers when she’s supposed to be sleeping and to show her how to balance a teaspoon on her nose at the dinner table. He’s already taught her the joys of peeing in the woods. When she’s older, he’ll teach her how to ride an ATV and to drive a car as soon as her feet can reach the pedals.

In what decade was Seamus born? (which may explain why he is a “leg” man)

Seamus must make a bargain with the devil (aka The Happy Reaper). What are his objectives in doing so?

As revenge, the Happy Reaper wants to kill Seamus and his family, leaving Seamus for last. The Happy Reaper has correctly assessed that at each death, Seamus will suffer from the loss of a loved one and by knowing he has failed to protect his family. Seamus hopes to redirect that revenge into a mano a mano contest and spare his family. 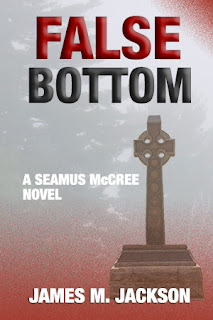 Colleen, an accountant with a firm specializing in audits, suspects her client of fraud and one of the accounting firm’s partners of covering up the fraud. Why does she seek out Seamus’s advice?

Based on the stories she’s heard from “Uncle Mike,” she believes Seamus is a financial crimes expert.

Why are sexual harassment law suits difficult to prove or disprove?

I answer as a layman, not a lawyer. Sexual harassment often occurs with no corroborating witnesses, making proof difficult. Rarely does a paper trail exist. Often, because of economic or psychological fear, victims do not report the crime until long after the event. By that time, memories are sometimes less of the actual event(s) and more of the stories the individuals have told themselves about the event(s). That can result in the defense being able to disprove a minor aspect of a claim, casting doubt on the entire event.

Why do endorphins beat logic?

Endorphins are internal chemicals we produce that affect our feelings of pleasure and reward: little boosts of positive reinforcement. Most of us prefer to experience pleasure even when we know what we are doing isn’t good for us. Seamus delivers that line because he feels good when helping others and knows he chases those good feelings even when logic suggests the end result will be a problem for himself.

What is “sniffer” software? Why is it used?

As the term is used in Furthermore, it means a computer program residing on the company’s network that scans documents (emails, memos, reports, downloads, etc.) for specific terms. Management at an accounting firm might be interested in learning of any use by any employee of the words fraud, scam, illegal, etc. When you direct message a Facebook friend to ask what kind of riding boots a character you are writing about might wear and are deluged by Facebook ads for riding boots, it’s because Facebook’s software sniffed out your riding boots interest and hopes to entice you to click the ads and make them money.

What are the possible scenarios that Seamus mulls over as far as Colleen’s heritage?

Colleen was adopted by Bruno Carpetti, who worked with Uncle Mike and Seamus’s father when they were all Boston cops before Bruno moved to the state police force. Those connections, plus her physical appearance, makes Seamus wonder if she is a relation and, if so, whose child. In False Bottom readers learned that the timing of Colleen’s birth coincided with a McCree family crisis (whose details could be spoilers for False Bottom and aren’t necessary for enjoying Furthermore). That makes him wonder if she is his sister’s love child or maybe his mother’s. Others wonder if Seamus is the father.

When we are afraid, we generate a raft of chemicals that flood our bloodstream. We excrete some of these in sweat and others can sense those chemicals. Subjects in scientific studies have not put descriptors to the smell, or often even noticed there is one. However, brain scans light up when subjects are presented the scent[i]. How about that for TMI and not answering the question?

What is the “whistled Morse Code W” that trains make?

Well, this is embarrassing. I blame my father, who was a railroad fan, for sticking me with the wrong information. When a train in the U.S. or Canada approaches a crossing, they whistle a long-long-short-long pattern as a warning. The final long continues until the train has entered the crossing.

So engineers know when to begin the whistle sequence, railroads often place a sign with a W along the rails. W for whistle, right? So far so good. I thought (and since Dad is gone now, he can’t refute that he told me) that the long-long-short-long was Morse code for W. Turns out it belongs to Q! By the time you read this, the electronic versions of Furthermore will be corrected. <Sigh> 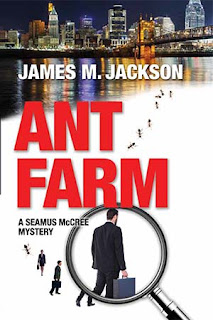 Beef and barley stew! Does only Seamus’s mom make it anymore? Does anyone other than her drink Old Fashions?

I love beef and barley stew. Older generations will remember it as a stove-top preparation; younger folks use a slow cooker or instant pot. Drinking styles also follow generational lines. Younger people switched from hard liquor to wines and beers as their alcohol of choice. Seamus’s Mom comes from the generation of hard Irish drinkers, and she isn’t alone.

Why does Seamus need visual aids? He places a blank piece of paper to remind himself to have no preconceived notions. Does it work?

We don’t all learn the same way. Some learn better by listening; some by doing, using their hands; some, like Seamus, by seeing and visualizing. Over time, we learn tricks to help us accomplish different tasks. Seamus picked up the blank page technique because it forces him to create relationships rather than analyze what someone else has presented.

Why does Seamus’s encounter with overtures from Lizzie, his ex, parallel to Ravel’s Bolero?

Ravel’s Bolero starts with a single snare drum and builds slowly to include more and more instruments and develops greater intensity ending in a climax. Here’s a fun flash mob performance (8:26) if you are not familiar with the piece.

Even when both are in wheelchairs, Seamus and the Happy Reaper are formidable opponents. Will it always be quid pro quo with them?
I’ve found I am most intolerant of traits in others that are the things I like least about myself. Perhaps that is why neither Seamus nor the Happy Reaper can walk away from their confrontation. They see much of themselves in the other: a massive competitive drive, a focus on task, an obsessive sense of honor, extremely resourceful. A little shading here, a different decision there, and each could see himself as the other—an abhorrent thought.

Unless one of them dies, I don’t see this changing.

Thanks for the interview, Elaine. As always, your questions are interesting—even if I must admit I screwed up. I look forward to WWK comments and questions.

James M. Jackson authors the prize-winning Seamus McCree series consisting of six novels, two novellas, and several short stories. Full of mystery and suspense, these thrillers explore financial crimes, abuse of power, family relationships, and what happens when they mix. A lifetime member of Sisters in Crime and prior president of the 900+ member Guppy Chapter, Jim splits his time between the deep woods of Michigan’s Upper Peninsula and the city delights of Madison, Wisconsin. You can find out more about Jim and his books at https://jamesmjackson.com.