An Interview with Bernard Schaffer by E. B. Davis

“Is it normal to have to manipulate the people in charge just to get anything done?”

Rein set the packet of papers on the floor behind Carrie’s seat. “To be a detective
means knowing what people want and using it to your advantage. If you read a person
correctly, you learn how to exploit them. It’s only natural.”

Rein leaned back and closed his eyes, resting while he could. “The only
people better at it than us are the maniacs we chase after.”
Bernard Schaffer, Blood Angel, Kindle Loc. 2958

A detective and a manhunter team up against a madman in this “tense, fast, and excellent” series by the veteran cop and author of An Unsettled Grave (Lee Child, bestselling author of the Jack Reacher series).

Fifteen years ago, a deranged young man abducted a teenage girl in a parking lot. He chose her for her innocence. Then he punished her for her beauty. Then he dowsed her with gasoline and tried to purify her with fire. Det. Jacob Rein managed to stop the lunatic before it was too late. But now the girl who survived that horrible ordeal has been found dead of an apparent suicide. Near her body is a letter from “The Master”—a blood-chilling promise to finish what he started.

About to be released from the mental facility, The Master has chosen new objects of his twisted desire—all of whom are dear to Det. Carrie Santero. Carrie reaches out to Jacob, the one man who understands the depths of The Master’s psychosis. He knows that the only way to anticipate The Master’s next move is to enter his delusions, indulge his obsessions, and follow his lead to the very edge of madness.
Amazon.com 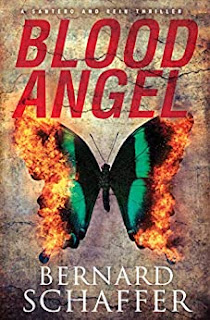 Bernard Schaffer’s Santero and Rein Thriller series focuses on the crimes of those lost in criminal psychosis. For me, the book was hard to read because of the violence wrought on the victims, but there are fans of this genre who will love this series. Blood Angel is the third in this series released by Kensington Press on May 26.

What I do love about Schaffer’s series are his characterizations of the police detectives featured. Their unique personalities come through during the intense crime scenes they investigate. You will root for them, hoping they save the lives of targeted people, victims of the deranged.

Reading your books is enough to make a normal person paranoid. What percentage of the population do your perpetrators comprise?
Thank you so much for having me back. I truly appreciate your site.
I'm not certain of the actual percentage of full-blown serial homicidal maniacs to the general population. I don't know if anyone actually knows that. It's much smaller than what you'd see on television or read about in fictional thrillers. You can't throw a rock without hitting some new kind of serial killer in those.

Waylon and Rein were partners fifteen years ago. They usually disagreed, yet they cover each other’s backs years later. Why would Waylon volunteer to be Rein’s partner when no one else wants to be? Why does Rein treat Waylon harshly? Do they balance each other?
I think anyone who's ever had a quirky friend or tumultuous relationship with someone difficult can understand that sometimes, you're just stuck with certain people. It's especially true in the police world, where you form deep, long-lasting bonds that go beyond friendship. You share things with a partner at work as a detective that no one else will ever understand.

Rein talks about two cases: Anton LaVey and Dean Corll. Are either cases true or did you make them up?
Both Anton LaVey and Dean Corll were real people. LaVey wasn't a case, necessarily. He was the founder of the Church of Satan and would routinely appear on talk shows and scare the bajeezus out of Middle America, but that's about it. Rein's comments in the book that mainstream Satanism is essentially an exercise in satire reflect my opinion of it as well.
Dean Corll is a different matter. He was a serial killer.

I thought all cop cars had disabled overhead lights. Don’t they? 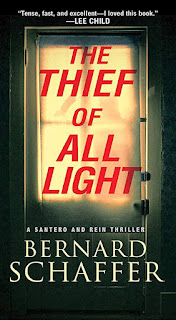 There's no such thing as "all cop cars," unfortunately. They're all different models, brands, years, etc. When it comes to undercover cars, they're just regular cars that sometimes have a radio or rudimentary lighting installed.

Rein’s behavior can be outrageous. When interviewing a hysterical mother, whose child has been abducted, he shakes her. How does he get away with this behavior?
Because in that case, it was necessary. Rein's the kind to get a result now and deal with the consequences later. In that matter, he needed to find an abducted girl and the mother was in a state of hysteria. Obviously, he pays a big price for his behavior throughout the course of his life.

Tucker Pennington is a juvenile who maims and attempts to kill young women. He’s locked into a psychiatric hospital. Who is the female doctor with long black hair and green eyes with cat-eyed glasses? Is she his hallucination?
I think that's best left up to the reader to decide.
Note that when she speaks, there are no quotation marks.

In Blood Angel, psychiatric criminals are released from hospitals due to budget cuts. What do you think of prisoners being released due to the Covid-19 virus?
From what I can tell, they are careful in their selection of who is being released. At least in Pennsylvania, where I live. I can't speak to what's going on in any other parts of the country, but I know here they are taking steps to make sure no one is released who is a threat to the community.

What does “Civil Commitment” mean?
It's explained in the book, as far as what it means to the story. In real life, it's where a person is no longer serving a prison sentence, but they are too mentally ill to release to the general public.

Bubba and Zeke are gun dealers, who you portray as right-wing hicks. Carrie stops by their gun shop to ask directions. Bubba shows her a gun with a laser sight mounted underneath. She shies away from it, but then later produces a weapon very similar to it. Did she go back and buy it? (I would have knowing what she knows!)
Well, it's either that or she stole it, I guess. I'm pretty sure Carrie took a look at what they were up against and decided to go back and get herself some extra firepower. I agree with you. I would have too.

Two years ago, Carrie and a child were abducted. Waylon and Rein saved them, but in the process Waylon’s throat was cut, not enough to kill him, but enough to permanently disable him. How was he treated by his department? Is this typical?
My work is really just fiction. I don't base it on my career in law enforcement. There are no hidden messages about real-life incidents.

Most of the abusers/perpetrators were abused as children. Tucker Pennington is characterized as the son of a wealthy realtor. Was he abused? Parents or priest?
I subscribe to the Hemingway Iceberg Theory. It's what the author doesn't tell you that counts. Once a book is released it goes out into the world and everyone gets to come at it their own way. Some people will see different things in Tucker's backstory, and in their own way, each of them is correct.

How do Dr. Linda Shelley and Rein meet? Why is Rein there? What are their professional differences?
They meet in prison while Rein is serving his prison sentence for events that took place prior to The Thief of All Light.
Why does Linda hold Carrie responsible for what happened to Rein?
I'd hate to put words in Linda's mouth. She isn't shy about letting Carrie know.

Statistically, why is the most likely place for a serial killer to be found is lurking by a Walmart in Florida?
I don't think that's an actual statistic. Just more of a given. Walmarts tend to be associated with certain crimes just because they're usually open twenty-four hours, carry a wide variety of merchandise, and people can park their cars there for extended periods of time. It's probably a matter of convenience.
As far as Florida goes, well, if you had to pick a place for crazy to happen, and there was money on the line, you can't go wrong picking that state. 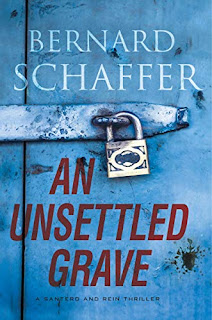 What were the experiments done on black soldiers at Tuskegee in WWII?
I'm no expert on what occurred there. I have only read the same material everyone else has. Essentially, the American government experimented on unwitting African American citizens for forty years.

Are judges and DAs exempt from law suits but not cops?
In Pennsylvania that's the case. I'm not sure what laws they have in other states.

When deer bucks fight and get their antlers entangled, can they really pop each other’s heads off?
Sure. I think generally it's when one perishes during the fight but they are still stuck together and the other one has to choose between staying there and starving to death or finding a way to escape. There are photographs online if you really want to see. Tread carefully though.

How does particulate matter composed of flour and sugar cause a flash explosion?
I'm not sure about the exact formula and if I was, I wouldn't say. For all I know, I'm wrong about the percentage of serial killers out there and there is some homicidal baker just waiting for that info!

What’s next for Santero and Rein?
Well, Blood Angel is the third in the series and that will be out in hardcover, eBook, and audiobook on 5/31/20. It will come out in paperback in the summer of 2021.
At the moment I'm writing a western series for Berkley. The first one, Face Of A Snake, will be out next year and we have two more after that.
Honestly, Blood Angel may be my final thriller. I had a tremendous editor in Michaela Hamilton, and with her guidance, we created a series where each book improved on the other and was never in danger of repeating anything.
The Santero and Rein series says everything I ever needed to say about police work. It reveals the impact of a life spent dealing with the worst in humanity. It talks about sacrifice and redemption, and in the end, I think it talks about love.
I'm not sure I'll ever feel the need to come back and elaborate on what The Thief of All Light, An Unsettled Grave, and Blood Angel, offer. For now, I'm exploring the old west. After that, who knows? Maybe I'll write a cookbook or medieval poetry or something. 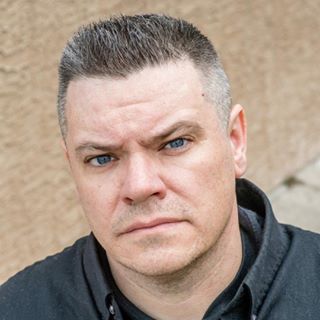