The Mind of a Killer 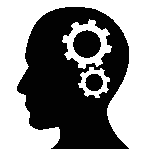 It takes an interesting killer to provide a worthy antagonist for a hero. In the Seamus McCree series readers meet two kinds of killers. One is a professional, hired by others to perform a job. Other than in war, most of us couldn’t do it. We talk about such people as “killing machines,” or “without a conscience.” We want to dehumanize them because deep inside we admit that under the right circumstances, we, too, could kill—but that would be different.

A continuing character in the Seamus McCree series is the self-styled “Happy Reaper.” He’s a hired killer who readers first meet in Ant Farm (#1). He returns in Empty Promises (#5) and plays a significant role in False Bottom (#6). [Projected publication date is late 2018.] He’s driven to be the best in the business, and, as we see in Empty Promises, he spends his down time honing his skills. I find one-dimensional hitmen boring. The Happy Reaper has a code of ethics—not like yours and mine, of course—but one he lives by. That makes him more interesting and allows readers and me to explore deeper issues incorporated in the struggle between him and Seamus.

The other killers populating the series are unprofessional. Killing for them is a means unto an end. Sometimes people find themselves backed into a corner and killing becomes (they think) their only way out. Readers can see alternatives, so my task as author is to make a death believable by providing sufficient motivation for the act.

Revenge, which I’ve used as the engine of hate (Bad Policy #2), can be particularly powerful. The event that triggered the revenge can be recent or distant. With distant events, the hurt has had time to fester in a warped mind, magnifying and intensifying the internal damage. I try to put myself in the minds of the killers, to feel their burning need to get even, so when I revel the killer and motivation, the truth explodes on the page fully formed. It’s also important to lay the groundwork in earlier chapters. The reader may be surprised by who done it, but it shouldn’t come as a total shock because the clues were there. 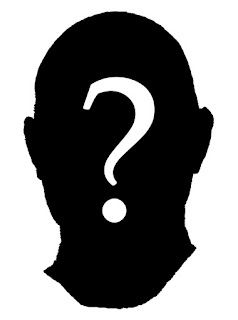 When anger triggers a murder, it is important for the reader to understand why something, perhaps even seemingly trivial, created a lethal response. Was there history between the two? Had the killer been in a similar situation and did not want to repeat the prior outcome? I haven’t dealt with this in my novels, but in real life a mouse of a person who has accepted years of verbal and/or physical domestic abuse, snaps and kills the abuser. To make sense of that as readers, we need to be brought into the mind of the killer, to experience what she experienced, to feel the building rage. Then, although we may abhor both the abuse and the killing, we at least understand the motivation.

The most frightening people for me are those who rationalize that killing others is justified to bring about a better world. Because I fear it, I am also drawn to explore it, which I did in Cabin Fever (#3). To write these killers, I must understand their motivation. I block out my abhorrence for their fanaticism and allow them to explain to me what they find so important about their goals that they can justify using murder as a tactic. Once we’ve had that discussion (all occurring in my head—what does that say about me?), I can allow the character to present his perspective in the novel through his acts, conversations with others, and internal dialog. Understanding the character’s ambition makes their amoral aspect feel more believable when he appoints himself judge, jury, and executioner.

Being able to glimpse the killer’s motivation from their own perspective is one reason I often prefer reading and writing suspense compared to a traditional whodunit. How about you?

--------------------
James M. Jackson authors the Seamus McCree mystery series. Empty Promises, the fifth novel in the series—this one set in the deep woods of Michigan’s Upper Peninsula—is now available. You can sign up for his newsletter and find more information about Jim and his books at https://jamesmjackson.com.

Great insight into what makes people kill. Sometimes it's a spur of the moment, often fueled by alcohol or drugs, but when it's deliberate, it's truly scary.

Killer blog, Jim. (Sorry, I could not resist. Don't kill me, please.) I remember when an actor said the OJ Simpson could not be guilty because, "He isn't a killer." I wanted to ask, No? How do you know? How many killers do you know personally? It is a challenge to write about a killer and give enough information that the reader can understand why he/she might take a life. And I agree that we all might kill under some circumstances.

Got me laughing Warren. Thanks for the smile.

I agree, a huge difference exists between someone defending their home against intruders and a sniper killing for fulfillment.

Great food for thought, Jim. And you've sparked an idea for my next book. So THANK YOU!

Timely for me as well, Jim. I'm corralling my killers and what you've told me is that I need another one. Pantsering as usual, I sensed he/she was out there in the fog but I hadn't moved the thought to the front of my head. It's there now. Thank you. I think Tina put me onto Ant Farm when or maybe before it came out. I've stacked a couple zillion plots in on top of it, so no details, except Seamus and some trouble but it's a fragment with good vibes. I think I'll reread before I get to the rest. But I will get there. Thanks again for Killer #3. I wonder who it is...

Annette - so do I get to see my name buried in the acknowledgements?

Annie, glad I could help. I think we discovered our Tina Whittle connection when I moderated a panel you were on for your debut novel at the 2017 Left Coast Crime.

Excellent blog, Jim. It's always fascinating to identify the last straw, and amazing how tiny it can be.

Very good blog especially for me. I have six possible suspects for my current book ten that I'm working on. Right now I'm planing on writing their bio so I can figure out which one to use. The murderer is someone who is selling opioids to teenagers. One is already dead and the other was saved in time, and he won't tell who it was who sold it to him because he's afraid he'll get killed if he does and that the kids he runs with at school will make life miserable for him. Since I've read all your books, I remember most of your killers.

G. K. Chesterton, who wrote the Father Brown series, said to look for the person who was desperate. Could you kill someone? Ask a parent whose child is threatened.

Gloria -- I'm sure you'll find a suitable killer for your current WIP.

Laura -- and desperate is very much in the mind of the beholder.