Muffulettas, Michelle, and Mardi Gras: A Visit to the American Library Association Conference in New Orleans

The ALA conference has been held in New Orleans several times. At the Opening Session, I learned that ALA has a special relationship with New Orleans that few know about. The Mayor of New Orleans, LaToya Cantrell, gave a passionate speech – no, a love letter – to the thousands of librarians at the opening ceremonies. She said that after Hurricane Katrina, many of the organizations that met in New Orleans’ vast conference centers and hotels pulled out, leaving the city without the convention dollars so vital to its recovery. ALA, however, honored its commitment to the city, and in 2006, nearly 17,000 librarians came to the first city-wide meeting held in New Orleans after Hurricane Katrina. Further, those librarians volunteered in NOLA’s devastated libraries and neighborhoods. ALA loves NOLA and the feeling is mutual.

Nobody does it like New Orleans. How many conventions start with a parade led by Trombone Shorty and his jazz band? Jambalaya served for lunch to attendees? A world famous zydeco festival and jazz clubs a short shuttle ride away?

Sure, the exhibit floor booths had offerings that are only of interest to librarians (digital storage, anyone?), but half of the booths are publishers, where smiling reps give away, no, force into your hands, ARCs of the books that will be best sellers in the fall. Lines for author signings snaked through the aisles. Swag was everywhere. Even though I swore that I wouldn’t take any ARCS – because how would I get them home? – I ended up shipping home two boxes of books. How could I resist?

My main purpose at the conference was to represent Sisters in Crime as Library Liaison and raise awareness of the We Love Libraries Grant. Haven’t heard of it? Sisters in Crime awards $1,000 to a library every month with an easy-to-enter lottery. Here’s the link: https://www.sistersincrime.org/page/WeLoveLibraries?

The Sally Field interview, where thousands jammed into a theater to hear the beloved actress speak about her upcoming memoir, In Pieces. The interview was an intriguing glimpse of the guarded, and surprisingly prickly, star.

The highlight of highlights? Michelle Obama’s conversation with Librarian of Congress (and library superstar) Carla Hayden. The line wound four times through the half mile long lobby of the Morial Convention Center. I was close enough to see the Jumbotron! I imagined the preorders for the former First Lady’s new memoir, Becoming, skyrocketed when all the librarians headed home.

Mardi Gras World is the place where many of the floats that make the Mardi Gras parades so memorable are designed, built, and stored. Here are a few pictures. 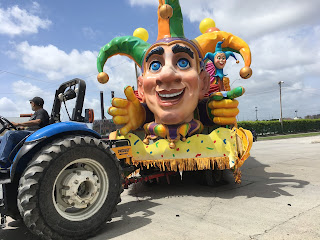 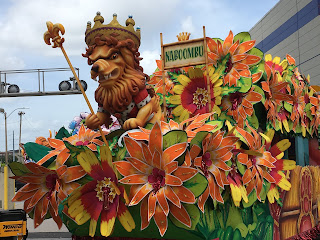 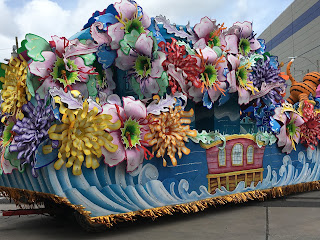 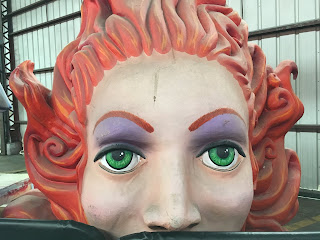 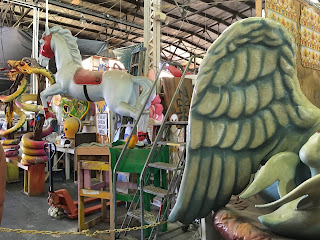 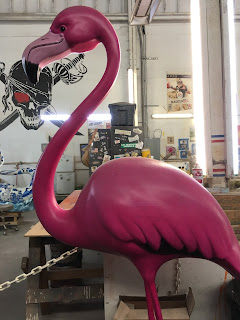 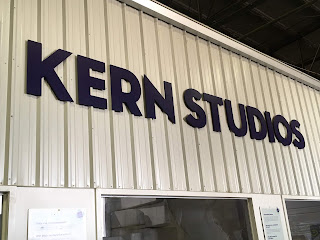 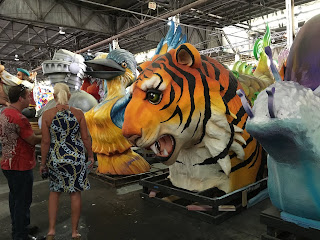 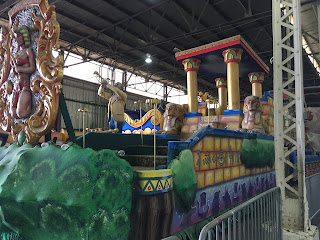 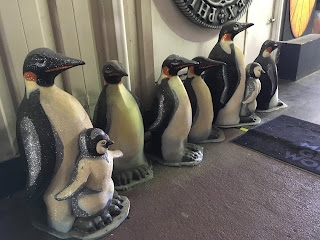 Have you been to New Orleans? What’s your favorite part?
Posted by Shari Randall at 12:00 AM

I've been to New Orleans once, in 2016 for Bouchercon. I confess, this country gal was more than a little overwhelmed by the narrow streets and crowds. But I have many vivid memories. One is the beignets. OMG. I may have to go back just for those. Another was the street performers, especially those painted in gold or silver. The French Quarter is an experience everyone should have at least once. The architecture, the people, the sights, sounds, and smells (well, I could do without some of the smells) are unlike anything I've encountered anywhere else.

I've never been to New Orleans, but it sounds wonderful, and it's on my list of places to visit!

great photos! I like everything about NOLA--the food and music, the architecture and layers of history, the streetcars--except the potholes.

Annette, I know what you mean - overwhelming is the right word. And I could DEFINITELY do without some of the smells.

KM, definitely go, but in the winter. The heat and humidity are challenging.

Margaret, You would have a field day! Have your daughter take you to Mardi Gras World next time you visit. I was afraid it would be too touristy, but it turned out to be so much fun.

Such a fun post—and I love the pictures! Dash would especially love the penguins. :-)

I've only gone to New Orleans for Bouchercon—which was much fun. Need to go back again just as a tourist!

I was also in New Orleans for Bouchercon 2016. Overwhelming is a good word, but I'm glad I went. Lots of history, lovely architecture, and the food! Oh goodness, the food.

What a fabulous experience, Shari! Thanks for sharing with us!

i have been there and I remember the shotgun houses

Hi Art, New Orleans is definitely a place that requires time to just walk around and savor. And I'm with Dash - I loved the penguins! But don't bring Dash - New Orleans is a grown ups' playground.

Hi Mary, oh my goodness, the food! The beignets, the jambalaya, the muffulettas... I could go on!

Hi Warren, I remember them too. Such different architecture, history, culture. I wish I'd had more time to really dive in and see beneath the tourist/conference goer surface.

I’ve sworn off New Orleans: Having been there several times, there is too much crap and noise to deal with to justify the great stuff. We’ve enjoyed walking the city and using its buses to travel away from the tourist attractions to fine parks and interesting buildings.

Hi Jim, the good has balanced the bad for me, but I totally get where you are coming from.

Shari, what a great post! You said it all. I'm so glad I got to share the experience with you. You were fantastic company. And I appreciate being encouraged to do the Mardi Gras World tour. Locals dismiss it, so I've never done it in my millions of NOLA visits. It was terrific! I took lots of photos, some of which will soon morph into my Shameless Shilling Campaign for MARDI GRAS MURDER. ;-)

Shari - what a great post! Glad I wasn't with you though - I'd be doing time for trying to smuggle that Flamingo out in my tote. I'm not kidding! Seriously - it sounds like a great time. Thank you for sharing.

I've never been to New Orleans, and you make it sound very appealing.