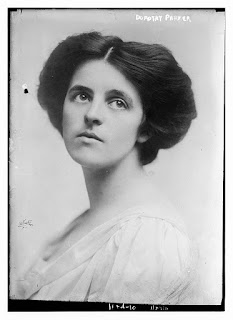 What’s not to like? They’re a fast read in a busy life, and they don’t take long to write. Okay, some writers find it hard to get a whole story concept into a limited word count, but I’m one of the many who prefer writing them. I like writing novels, too, but in more of a Dorothy Parker sense: I hate writing, I love having written. 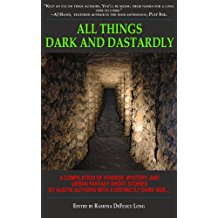 One of the things I like about writing them most is the opportunity to stretch myself, experiment with different forms, genres, and points of view. I even wrote one in second person present tense once, just to see if I could do it. (“You Can Do the Math” in All Things Dark and Dastardly. I read a novel in third person once and would like to try a story that way, too, some day. I would never attempt a novel in either second singular or third plural!

I have exactly one werewolf story to my credit, but it won a prize at Mysterical-E (“Retransformation” Summer 2008). I’ve long wanted to use the character, Isabel Musik, again and hope another story with her will appear soon. 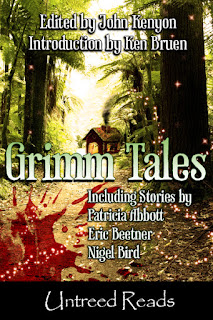 I’ve done two stories that are takeoffs on fairy tales and I’ve loved writing those. They’re probably actually fantasy, but I’ll admit I did commit murder in both of them. The first, “Henry, Gina, and the Gingerbread House,” came out in Grimm Tales in 2011. The stories here are meant to include crimes and they’re a delightful bunch of tales. Henry (Hansel) and Gina (Gretel) are, true to the original tale, motherless waifs who are persecuted by their wicked stepmother while their father is overseas in the service. The stepmother shoves them into a candy shop called The Gingerbread House to confess to shoplifting. They set up a deal to work off the money owed, but they end up indentured to the witch of a woman who owns the place. The kids make out all right in the end.

The second is my latest! I did a version of “Cinderella” using modern technology. I call it “Ella and the Ball” and it was published in Once Upon a Fact in May of this year. It was a lot of fun giving Ella (she hates the derisive nickname Cinder Ella that her ugly stepsisters use) a self-driving pumpkin-colored coach and a fairy godfather who delivers the gown and glass slippers by drone. I completely changed the ending. It’s still happy, but she doesn’t end up with the prince. He was a bit of a pompous ass. 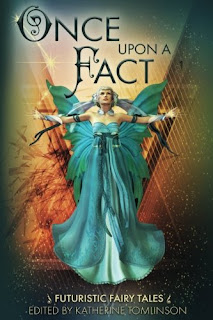 I must point out the major drawback of writing short stories: the income. There’s almost none. They’re fun to write and fun to read, but there’s not much money in them. Anthologies contain stories by many authors and the proceeds are split among them so that they amount to a few dollars a month. A very few dollars. Recently some of us who put them together have decided to do something different with the royalties from the publishers: give them to charities.

The first Austin Mystery Writers anthology, Murder on Wheels, which I helped put together, decided to give the proceeds to the Austin area Meals on Wheels. Each story in that volume features a wheel in the plot, so that seemed like a good fit. The second volume from that group, Lone Star Lawless, is benefitting the Port Aransas (TX) library, which lost all of their books in a recent hurricane. Day of the Dark: Stories of Eclipse, which I put together, gives over 50% of the proceeds to Earth and Sky. I’m the contact point for all three of these, so I usually add a little to the donation when I send it in to the charity organization. It feels good to do that, a lot better than cashing a check for $0.26!

You can find her short stories in anthologies and magazines, her collection, A Patchwork of Stories, and her own anthology of eclipse stories, Day Of The Dark, by Wildside Press, July 2017. Most recently, her stories have appeared in Lone Star Lawless and in Once Upon A Fact: Futuristic Fairy Tales. The proceeds from both of these go to charities, Lone Star Lawless to the Port Aransas Library, which lost everything in the last hurricane, and Once Upon A Fact to organizations supporting women in STEM fields. Her writing is sometimes dark, sometimes light. She reviews for Suspense Magazine and lives in Knoxville, TN.

She’s lived in several states, many of which, oddly enough, begin with the letter M. She’s been honored with three Agatha Award nominations and one Silver Falchion. Her blogs are TravelsWithKaye.blogspot.com and KillerCharacters.com. Her webpage is KayeGeorge.com.

Heart from morguefile.com
Dorothy Parker photo from Library of Congress, LC-DIG-ggbain-05631 (digital file from original neg.)
Posted by E. B. Davis at 12:00 AM

I love writing stories too, Kaye, for the reason you mentioned--stretching yourself. And if the experiment doesn't work, you haven't wasted a lot of time and energy on it.

Of course I agree. I've had the pleasure of working with you on a couple of anthologies, Kaye, and you have a true affinity for the short form. I can say that while a short piece might not clock in the largest number of hours, it takes skill and sharp writing to introduce a plot and solve a story question in a limited number of words. I am happy to see the popularity of the charity anthology. I did one this year with my Mindful Writers Group.

I've written a few short stories, and agree they are an interesting way to experiment and sharpen one's skills. When I write "off-genre" I use a pen name so people don't expect suspense/thriller and get science fiction instead. I did have a fine time writing a novella -- but even it was too long to be considered a short story by the Short Mystery Fiction Society!

I love short stories, both reading and writing them. I usually have an anthology or a collection next to my bed, and read one every night.

I, too, love short stories, and I also like writing them. Short stories teach the lesson of concise writing. A great lesson to learn.

Kaye, you are the mistress of the short - and the novel too. It's so difficult to be accomplished in both formats. You manage it with style.

Kaye, you're not only a wonderful writer of both short stories and novels, you've given me awesome critiques. Thanks to you!

You are a great short story writer. Keep 'em coming.

I slept in today (exhausted from keeping grandkids over the weekend!), and am delighted to see all the comments here. Ramona, I do gravitate to short stories. If I could justify making almost no money at all, that's all I would do. Jim, I have just as hard a time getting enough words to NOT write a novella. Kait and Margaret, not so! Novels are much more of a struggle for me. Warren, thanks! I sure will. Can't help it.

Such an interesting post! I thought I was the only one not making money from them! But I also love the chance to play with different genres, POVs, even a different race, that I would never try working as novels.

I love writing short stories, especially romance oriented ones. They are fast. I've been in several anthologies and made some money too. Many have been Amazon best or hot sellers.

I love writing short stories as well and agree that they give us a chance to stretch and experiment with a variety of genres.

Nice post, Kaye! I agree with you, short stories are fun and they're a great place to experiment!

Great points about shorts, Kaye. And I find some of the reasons to write them are great reasons to read them too. Reading anthologies, ezines, and magazines is a fun and easy way to discover new authors, genres, writing styles, etc. It’s almost like going on a treasure hunt. What might I find next?

I've always enjoyed writing short stories, too, but I have to admit I've been too busy working on my books to write any for quite awhile now although I do have one in mind I want to write and plan on getting to it soon. I've been planning to put my short stories into an anthology one of these days.

I'm just waiting for the resurgence of short stories. They're perfect for today's busy life and shorter attention spans. I remember when most magazines published them - a great way to discover new writers. Keep 'em coming, Kaye!

Always fun to hear from you, Kaye. Recently I wrote my first short story, and I discovered it was fun. I've submitted it to the Malice Anthology, so I'll be anxious to see if it gets accepted. Fingers crossed.

What a great bunch of comments! I'm honored to have some illustrious short story writers posting here.

I have a back-burnered idea of putting out another collection. The one I did in 2010 had the first 9 stories I got published. I could put together quite a few more now. I don't know if I should include those first 9, or just go on from that point.

Kaye said she helped put together Austin Mystery Writers' crime fiction anthology Murder on Wheels. She forgot to say the book was her idea and she handled all the business associated with getting it edited and published. As a result, four unpublished writers saw their short stories in print for the first time. (And up to that point, this writer didn't even know she could write a short story.)

Thanks, M. K.! YOU forgot to say that we all won the Silver Falchion for short story anthologies that year with Murder on Wheels.

Kaye, of course I totally agree with you about short stories. I wrote so many when starting out, and I recommend doing that to new writers. As you mention, it's a great way to try out different things. I realized a while ago I wrote a lot of those stories from the male POV. I think that might have helped me when writing novels, along with so many other things. Looking forward to reading more of you work!

Kaye, thank you so much for your wonderful stories and anthologies. You have given me many happy hours of reading and I'm grateful!

Jan, I've discovered some writing methods stretching myself on a short story that I've been able to translate to novels, too. Ditto--looking forward to whatever you put out!

Aw, Paula, thanks. I know you're very busy, but I want lots more stories from you!


To everything you said, Kaye, I say "Same here." When I first began to write, I concentrated on short stories. I've since written two novels, but have continued writing the shorties. They're still my first love.

Thanks for reading, Earl!