In On Writing Stephen King proclaimed that writers should not watch TV. His reasoning: it’s time that could be spent writing. Or reading. He’s pro-reading, obviously. His advice makes sense, but I’m going to take a more moderate position. Here are my reasons TV is okay for writers:

1. First of all, I’d like to point out that  Stephen King didn’t have Netflix when he made up the no TV rule. He didn’t even have the option of watching a show without Corn Flake ads and laugh tracks. Could he have said no to Game of Thrones? Netflix has made TV watching so much more efficient and pleasant. 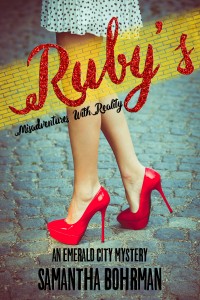 2. If I skipped late night TV, I’d never see my husband. It’s basically the only experience we share besides kids and being derelict in basic home and yard maintenance. At least if we watch TV we can say that we propped ourselves on the couch and stared in the same direction for twenty minutes to an hour. If I completely give up TV for writing, we might not have anything to say to each other as we grow old. He’ll prattle on about how “The Walking Dead isn’t really about zombies. It’s about people.” And I’ll be like, “What people, who cares?”

3. It’s not just my husband. Americans watch something like ten hours of TV a day. Obviously, that’s not the exact number, but it is outlandishly high. If I went completely Walden Pond on the world, I would miss a lot of common experiences with the people I’m hoping to entertain. You never know, maybe watching Game of Thrones will help me harness the zeitgeist and reflect it back to readers in a way that will make people stop what they’re doing for a moment and say, “Whoa.” Probably not, but either way, GoT is a pretty good show.

4. TV is a great proving ground for creative ideas. Writers can sit back and watch what works and what doesn’t and hopefully use that knowledge to improve their writing. Last year, Season 1 of True Detective was a big hit in the writing community. The writing and  acting were brilliant. I watched Season 2 recently. It wasn’t as good, but its failures were instructive. It had so many subplots that I begin to lose interest. Complicated plotting is great up to a point, but when things get too muddled it’s time to snip a few threads. Season 2 also hammered home another point. It nonchalantly threw away some of the show’s really effective branding. Besides a new cast, it had new theme music, a new setting, new everything. As a viewer, I missed the old show. In an effective mystery series, you can’t play fast and loose with successful branding. it’s important to immerse the reader quickly into the world they’ve come to love rather than expecting them to roll with you. Most of the time, they won’t.

5. TV can be inspiring. If you watch in an engaged way, or at least process what you saw the next morning, you can think, “That’s cool, but what if it happened this way!?” I have one idea I’ve been turning over in my head based on an old movie.

6. Sometimes by the end of the day, all that’s left of me is a glazed stare and a heartbeat. Better to watch TV than spend an hour writing a few horrible sentences that I end up deleting the next day.

Bonus Reason! You can multitask in front of TV. I’m spellchecking this post in front of an episode of iZombie right now. My husband is sitting next to me staring at his iPad. I guess we’re not bonding (reason number 2 TV is good), but we are doing a lot of things at once. Actually, I’m converting this bonus reason to a warning. Don’t multitask. Watching TV in a useful way is all about getting in and out. A writer should watch TV as if performing a special ops military operation---Get in and get out. Stay focused. Don’t get killed. 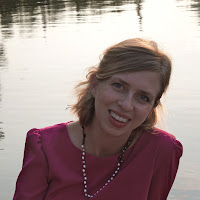 Shortly after graduating from law school, Samantha Bohrman had three children and began writing books. She never looked back, but she suspects her husband has. You can often find her wandering the aisles of Target buying ingredients for tacos (because her kids won’t eat anything else) and staging a murder scene in the produce section (in her head). Her first mystery, Ruby’s Misadventures with Reality, is out now. You can find her at www.sambohrman.com or follow her @sambohrman.
Posted by E. B. Davis at 12:00 AM

Writers can learn a lot about plotting and story structure by watching well-done and poorly executed TV shows.

I am not much of a TV watcher, but I always have a show or two that keeps me interested for a while. Many shows last too long and either wander away from their original premise or as you mentioned add so many subplots it becomes a chore to follow.

I wish I liked watching TV because I'm deprived of popular culture. The problem is I feel good about that deprivation. However, I agree with you. There is a lot to be learned from TV about plotting, showing (not telling), and knowing popular culture. But as Lee Lofland often points out, TV writers often get it wrong. I think under the deadlines they face, they have no choice but to make assumptions rather than do the research. Then again, they may know, but if it makes the story "work" that's their goal. I'm glad that it's a communal time for your husband and you!

Thanks, Sam. Interesting post. Now I feel so much better about the time I spend viewing TV. It's mostly PBS and British murder mystery programs or home decorating/food channels for me. I've gotten really good guessing who the villain is in the mysteries I watch, so I guess I'm learning plotting, etc. from them.

I can't watch TV without dissecting the show: red herrings, dangling plot threads, subplots that don't mesh with the main plot, unidentified jumps in time, secondary characters that all look and sound alike.

I've read short stories with plots lifted from shows like NCIS. I know there are a finite number of plots and it's tough to think of something unique, but it's annoying.

And then there are the books that read like television scripts, scenes with no transitions between them, except there are no commercial breaks in books, yet.

It's so funny because when I got my first book deal and was under contract for the first time in my life, I took King's advice and completely gave up TV. Every few months I would indulge in a movie or binge watch a TV series (hello THE WIRE or TRUE DETECTIVE), but that was it.
Then, I started studying the habits of bestselling writers and found that they had a few things in common, one of which was making time to watch TV and movies as other ways to spark creativity.
So I actually made a list of goals that included "Watch TV and movies!"
Love you Sam

I'm not much of a TV watcher except the mysteries on PBS or sometimes Masterpiece Theater like Downton Abby. Other than that, my TV is never on, and I don't have cable TV, either, only an old antenna that works perfectly well for my needs. I get my news on NPR or the newspaper,and my evenings are spent reading and listening to music. I used to watch more TV years ago, but quit quite a few years ago and don't miss it.

Thanks for reading the post! I love that TV is one of your goals, Kristi!

Agree that we do learn a lot from TV shows and writers should watch them as it gives them some time to spare with family and opens their mind for new ideas..