Write About What You Know by Patricia Gulley 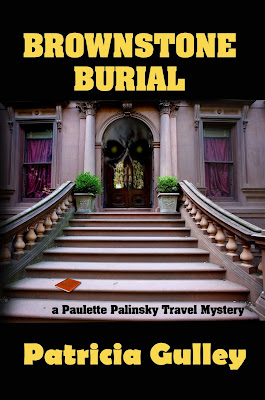 But if you write mysteries, and you don’t cook, bake, garden, own a shoppe (yes that spelling) that sells every imaginable trending food product, books or plants, hobby or sport, does that mean no one will have any interest in what you ‘know’?

It seems so in the traditonal publishing world because too many stories are rejected because the publisher doesn’t see a big enough earning potential even if they liked the story. I’m sure that the reason authors love to read articles about other authors who have had hundreds of rejections and then when they are finally published sell billions, is because they can imagine that author’s satisfaction while laughing all the way to the bank. And who doesn’t love to read those editor confessions of how they suffered when they realized they turned down a book that sold ca-jillons.
Well, my answer is: you and your story sound more authentic if you do stick with what you know. How often have you read a book and it sounds like nothing but research? This happens too often when you live in a place which is the setting of a book and find all kinds of location flaws. Or you work in a field where the details of the job are generalized and the lingo is incorrect. We think in terms of doctors and lawyers being the ones who get hit the most, but it happens in all fields.
I ‘know’ the travel industry—worked for two airlines and two travel agency companies--and I rarely read mysteries that involve a murder during some kind of travel experience. Like a passenger on a tour bus taking over the tour after a murder. A group taking all the rooms at a small hotel and the escort claiming to have the checks ready to pay the hotel on check out. The murder causing people to want to leave the hotel or group, and someone promises them a refund. Or no mention ever of cancellation insurance. An airline airport agent, inviting a client to sit down at her desk. Uh huh. NOT. 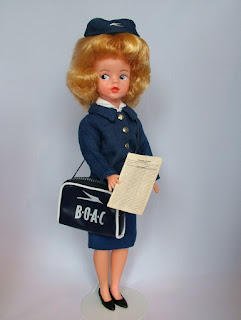 If anything ever happens to an escort, the bus driver (also an employee of the tour company) would get in touch with the company to send a new escort. The bus would never move until that escort arrived. Letting anyone from the group takeover is a law suit waiting to happen. Yes, you hear or know someone local saying they are escorting the group, but that’s a different story and I’m not writing about people who know how to get freebies.
Any group booked into a hotel, big or small, pays in full 60 days before arrival. If you are wondering about conventions, which seem like huge groups, they are set up for the individual attendee to make her own booking. Notice they always demand a credit card, and have a cancellation policy which can be anywhere from 7 days to 24 hours before arrival. Cancel within that time period, and you card is charged the cancellation fee. Oh, and the book that had the escort paying for the group at the end had one person wanting to leave, and the escort telling her she’d get her refund after the group arrived home. NOT. No refunds unless the clients have purchased cancellation insurance, and ‘a murder in the group she was traveling with’ would be a special consideration by the insurance company, and we all have a good inkling of how insurance companies think about anything outside the rules of the policy.
Lingo for an airport agent would be, the agent signaled to the next passenger to approach the counter. No client, no desk at an airport. Yes, desk is used by some people, but not airline employees.
And destination cities, believe me, anyone who works in the travel industry has a completely different view of destinations, from what to see or do to where to stay and how to get around. And their opinions have nothing to do with what they will say to a client/passenger about the place. (a perfect example of how capable human brains are in compartmentalizing with abstract thinking.) J 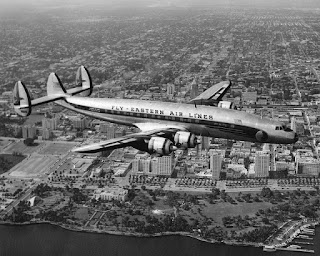 Personally, I can’t think of any place on Earth I’d call exotic. Not that I’ve been everywhere, but where I’ve been sent to learn about an exotic place, we were taught about ‘the business’ of selling it, and that puts a damper on being dreamy eyed about visiting. Personally, I think Paris is disgusting, Venice stinks and Rome is a hell hole for breathing. On the other hand, Bayeau and Monte St Michele and the Sorrento peninsula are wonderful. I’m extremely fond of London and Amsterdam, and had a good opinion of Berlin. Yes, they all have traffic problems too, but they have modern roads.
So my books: Downsized To Death, about a travel agent in Portland OR facing downsizing just prior to 9/11 because the internet was taking so much of their air travel business and the airlines were cutting commissions is based on what happened to my office. The murder of the manager, some may say might be wishful thinking for many office personnel, but it didn’t really happen, though our company did have a shooting at one of its offices when an agent was shot at by her husband. And Brownstone Burial is about becoming an airline reservations agent in 1963, before computers, and renting an apartment in a brownstone, which is based on many of my experiences, but, no I don’t see ghosts and our building was not haunted. 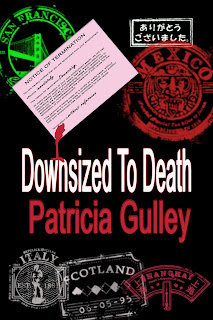 Brownstone Burial: Amazon http://amzn.to/1P0dLs1
iTunes https://www.draft2digital.com/book/89357
Downsized To Death http://tinyurl.com/mafqqda
So what special knowledge do you have that you’ve seen misinterpreted in mysteries?
BIO
Patricia Gulley is a retired travel agent, and did time at two airlines as a reservations and fares agent. She knows what it takes to get people on those great adventures. Born in Pennsylvania, escaped to New York, then headed to Oregon, she lives in a floating home on the Columbia River.
Posted by E. B. Davis at 12:00 AM

Of course a writer can learn about something before he or she writes about it. Interviews are one way to learn. If I ever write about the travel industry, can I interview you?

Sure Warren. I can offer info on retail and wholesale for TA, airline codes and procedures for airline computer systems, and fare creation and usage.

I find I'm not that picky about details. If there are inconsistencies in police procedures in a murder mystery, I'll put it down to things being different in whatever area the mystery occurs. I'll probably skim it to get to the good parts. I want suspense, humour, interesting characters.

I certainly don't want a lot of research. Good reads, like Connelly's Lincoln lawyer novels, don't spout only legalese. I think a good writer can make anything sound interesting.

Having said that...my favourite authors are the ones with a background in the same occupation as the main character in their novels. So, I think I just made your point!

Well I tried to post this already but Google is giving me fits. I'll try again. Yours are the only books I've read on the travel business that is factual. I want to scream when an author says they took the red eye from NY to LA. iMPOSSIBLE. Keep writing Patricia.
Joanne

Since I grew up very near JFK airport in NY, most of the kids in my family had at least a "first job" at the airport. Mine was an office job in Hangar 14.

Your tales of inaccurate jargon bring to mind a story one of my brothers tells. He was working as an airport agent, handling check-ins. One of co-workers told him her daughter's class was asked at school what their parents did, and she informed the entire class that her mother was a "bag lady." Pressed for further details, she said her mother moved the bags around with her, took things from people and sometimes got home late at night. It's all in the wording.

My experience is not particularly in food or cute shoppes or a select field of hobbies. A lot of it is factory work, corrections and special education in alternative settings, although I have had a few other positions through the years.

When I write, I tend to stick to areas (and characters) I know and where I've worked Sometimes I do get too-jargony, and then I hope my critique partners or beta readers will point them out so I can clarify them. When I'm not sure of details, I do depend upon friends who have experience in different areas if the field.

Thank you, thank you Joanne, I groan over that one too. For non-travel people that would be JFK or LGA to LAX. :)
Thank you Amanda, a point is a point. :)
I love that story KM. :)
Patg

Pat, since I don't travel a lot, I wouldn't know if anyone's facts are correct or not. Of course, since you wrote in the time period in which you worked, I'm sure yours were accurate. What I liked more than anything about the book, were not the travel facts, but the ghost story. That had me hooked.

Pat, I've been working in the travel industry for over 35 years and I appreciate the accurate details that you have in your murder mystery books.

I'm currently working on my seventeenth manuscript (I've been writing for well over a decade), but this is the first time I've ever written a character who actually was based on me. I'll say that it comes out easier; her experiences are obvious, I get to bitch about things going on in my life, and there is a lot of benefit to it. I would recommend not avoiding things just because they're too "fig-leafy" to anyone.

I've never really seen someone push the "write what you know" as much as others tell me they see it, but I've found it to be the biggest complaint among writers, it topping the charts as the worst criticism they've heard. I believe that the implied restriction is what people balk at, and honestly if someone says ONLY write what you know, I too am like, "Open your mind." I think it works perfectly well, if not better, to stretch your horizon at times, write about some things that require research, and not just constantly write about yourself (if I had a brass-knuckle for every time a guy told me he couldn't write women because he wasn't one...) but as someone who avoided even looking like a character might be me, I will say that there is a lot of benefit to writing something you not only know about or care about.

I, too, used to work in the travel industry and I have to agree that it is VERY annoying to read a book or watch a movie that egregiously ignores the realities of a particular industry in order to "make a good story". I have read Pat Gulley's books with a travel theme and now I have ammunition against those other writers. Ms. Gulley spins a VERY good tale and sticks to travel industry reality at the same time! Well done!! I'm ready for more.
Vivian