In Praise of Grandmothers 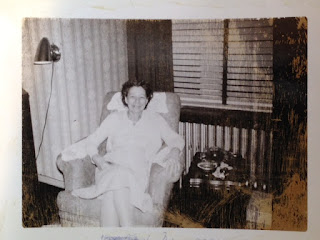 Lately, I’ve been thinking about my grandmother on my dad’s side. Sadly, I did not know her or any of my grandparents well because there was a large age gap between us. Plus, they lived on the other side of the country.


What I do know about my paternal grandmother intrigues me. When her husband left or drowned—nobody knows what really happened to him—while canoeing to the post office to pick up mail in New Hampshire, she became a single parent. To earn money, she modeled shoes in Boston. Later, during World War II, she served as a volunteer submarine spotter watching for German submarines off the East Coast. I wish I knew more about her life and had asked better questions while she was alive.


Unfortunately, I think that grandmothers tend to be overlooked. While these women are vital to society, they are not always given proper credit. Perhaps that’s changing.


The Barefoot College recruits women, usually grandmothers, from remote villages in many parts of the world and teaches them the fundamentals of solar engineering and freshwater technology. When these women return home they provide their communities with clean water and electricity.


Why grandmothers? Educator and founder of the Barefoot College, Bunker Roy, said in a Reader’s Digest article that he prefers to train grandmothers because the “…men were untrainable.”  He believes that men are ambitious, restless and on the move. However, grandmothers are compassionate, patient, and willing to learn. Also, in rural areas only very young and very old people tend to stay there. Those who are able to work, move to urban areas to find a job.


But there can be a backlash against women who chose this path. In some traditional societies a husband might tell his wife not to return to him if she goes for training. He may threaten to take another wife if she leaves.


However, Barefoot College discovered that when the woman—usually the grandmother—returns to help the village, her husband may beg her to return to him. With a newfound sense of self-respect, she might turn him down.


In Russia grandmothers who are sometimes referred to as “museum babushkas,” guard paintings and sculptures. You can find them in museums such as the Hermitage and Pushkin wearing comfortable street clothes sitting next to paintings by Matisse and Vermeer.


I think this is a fantastic idea. Who would dare to misbehave in front of a guard who looks like your grandmother? 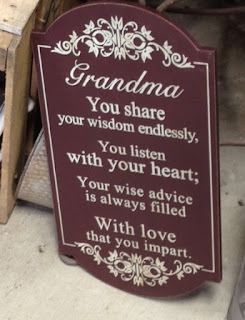 Then there are individual role models. When she was 64 years old, Grandmother Diana Nyad accomplished her goal of swimming from Cuba to Florida without using a shark cage. Nyad had tried four times in 35 years but had to quit each time for various reasons such as being stung by venomous jellyfish. She never gave up and her fifth try was successful.


Of course, Grandma Moses became a well-known artist in the United States at the age of 76. The self-taught artist took up painting after her hands became so crippled by arthritis that she couldn’t embroider any longer. Painting more than 1,000 pictures, her subject matter was based on her memories of farm life. Grandma Moses lived to be 101 years old and painted every day until her last birthday. She said, “And life is what we make it, always has been, always will be."


Are you a grandparent?
Have you had a fabulous grandmother in your life?
Posted by Kara Cerise at 12:00 AM

Grandmothers also make great foster parents. I remember both of my grandmothers. The best week of the summer when I was a child was the one I spent with my grandparents on my own.

I only knew one of my grandmothers; the other died years before I was born. We had a mixed relationship as she was about law and order and I was about minor rebellion and social liberatlism. However, she, not my grandfather was the college graduate. And she was something of a rebel herself, preferring jeans and a wool shirt to more fashionable wear.

And she was the one who when I was sick with the mumps read me the whole of James Fenimore Cooper's The Spy and who at camp would spend hours playing canasta and monopoly with me (and who taught me to hide a stash of 100s so when your opponent thought they had you on the ropes you could turn the tables!)

I have great fun teaching our grandchildren all the stuff they aren't supposed to do: drive ATVs (and once she reached twelve I taught the oldest how to drive a car -- including shift -- that was great cred for when she returned to school). And I love when I can get book recommendations from them.

The learning goes both ways.

Wonderful post. Like Jim, I only knew one grandmother. My German grandmother on my father's side. She was an amazing woman, full of love and cookies.We didn't see her often, but we spoke weekly, in German. She insisted on it.

I was fortunate enough to know my great grandparents on my mother's side. They were French and farmers, and although my milking and egg gathering experiences don't come in handy very often, they taught me a solid work ethic, and compassion.

One standout trait with both my grandmother and my great-grandmother. I always felt like I was enough. My parents would move the bar higher as I accomplished certain goals (not complaining here-it taught me to keep striving), but my grands reveled in my now accomplishments, that taught me to appreciate the now. All good lessons.

Some great role models here. I think Nyad is incredible.

What a lovely essay! I love that your grandmother was a shoe model!
Both of my grandmas died too young, but I cherish what I can remember: My paternal grandmother, who really looked like a Mrs. Santa Claus with white hair and sparkling blue eyes, teaching me and my sisters to knit (always with her glass of sherry at her side!) My Italian nona died when I was three, but I distinctly remember her holding me and playing with me with an absolute sense of joy. My mother says that when I was little I'd casually mention that I had been chatting with Nona - this was after Nona had passed away. Nothing spooky about it to me - I think we just had things to talk about.

You must have nice memories of spending the week with your grandparents every summer, Warren.

Jim, I bet your grandchildren love the time they spend with you. I like your point that the learning goes both ways.

Kait, such a lovely description of your grandmother being full of love and cookies. Your grands sound like they had good lessons to teach to balance out the ones from your parents.

I think Nyad is a great role model, Carla.

Shari, what a wonderful image of your grandmother who looked like Mrs. Claus showing you how to knit with a glass of sherry next to her.

What a wonderful blog, says a great-grandma. :-) My father's mother died when I was four years old. I still can remember him picking me up to see her in the casket in the parlor. From listening to her eleven living children (twins died shortly after birth) I learned she was both loving, had a sense of humor and could be quite the disciplinarian, too.

As for my other grandmother, we lived next to my grandparents farm on my mother's side. All of her grandchildren loved her because she was so funny and eccentric. She had an ongoing subtle battle going on with my grandfather, who she called the "Old Poop deck." She'd sneak money out of his pockets to give to the grandchildren, which we liked, of course. She was a tiny, skinny woman with sagging stockings and always wore an apron, and unlike the traditional grandmother, was a horrible cook. But still we loved her cookies even with their hunks of lemon peels in them and her pies with soggy bottom crusts.

I'm not sure kids today with their noses in their cell phones listen to their grandmother's stories anymore.

I always envied friends who had grandmothers. One grandmother died when my own mother was only 11 years old, so she had no mother or grandmother. My other grandmother had brain damage and was with us only in body but not in mind. So I guess I had a grandmother who was there, but I didn't know her. Instead, I had the world's greatest grandfather. He taught me how to cook, garden, and sing. He immigrated to the U.S. from Italy and didn't have much formal education, but he was very wise and taught me so much about life. Now I am at the age where my friends have grandchildren. I only have grand dogs. I try not to spoil them.

I remember my grandmother, and her mother, both stern women who had no time for nonsense. They both lived to be 104.

My husband's mother was a wonderful grandmother to my children, although they are not biologically related to her.

I don't have any grandchildren, but I do have lots of nieces and nephews. They are all the children of my much younger siblings (the siblings closer to me in age have, alas, died) so in age, I am closer to a grandmother to them.

Gloria, I enjoyed hearing about how your grandmother called your grandfather "old poop deck." She sounds like quite a character.
I think that children still listen to their grandmothers even though it might not look that way. Maybe the stories sink in unnoticed by the kids and emerge when they are grandparents.

Grace, I am so glad you had a fabulous grandfather. He sounds like a wonderful and wise man.

KM, I'm impressed that your grandmother and her mother lived to be 104. I can only imagine what they saw in their lifetime and the stories they told.