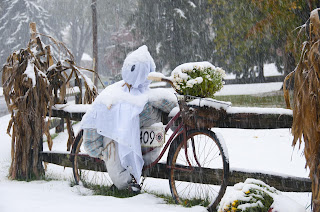 In an effort at full disclosure I must admit I heard of Margery Allingham long before I read this book.  It is the first work of hers I have read.  I knew of her and Ngaio Marsh through their mention with their more famous contemporary, Agatha Christie as “Queens of Crime” during the golden age of mystery writing. Now that I’ve read Allingham, I’m determined to read March also to see if her work is as good as her peers.

In Death of a Ghost the author used an interesting hook on the first pages, which set the tone of suspense she sustained throughout.  Her protagonist, Albert Campion, is a modest figure who shuns the limelight and feels no need to trumpet his successes and skills.  He gets along well with the police detective who is his friend. The mystery is not a “who done it” but a “how can it be proven in a court of law.”

The characters are interesting and sympathetically portrayed.  Campion is the sort of person you might have a quiet lunch with to get his perspective on some problem that has been troubling you.  His foil is a flamboyant and deceivingly intelligent person who creates first impressions that require time and consideration to see through.

As a reader I often told myself “Ah ha, that has to be a important” at times when I was reading. I was correct but the author was clever enough that I was never able to tell ahead of time why it would be important.

I thoroughly enjoyed the book.

I'll have to root around the bookshelves and uncover my yellowed copies of books by Tey, Marsh, and Allingham. Thanks for the reminder.

Warren, I read her books years ago. I'm sure I still have some of them somewhere on my shelves as well as those by the others you mentioned. Sometimes it's good to read the older writers.

Sounds wonderful. I remember reading one of her books a number of years ago and loving it. I can't imagine why I didn't follow up with more of her reads. Thank you for reintroducing me.

Always good to be reminded of some of the classics! They are classics for a reason, and well worth reading. Or, more likely, re-reading.