Finishing a Book and Starting a New One 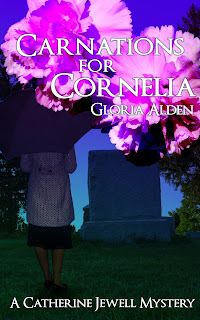 Less than a week ago I finally got my sixth book in my Catherine Jewell Mystery series published and up on Amazon both as a print book and an e-book. Carnations for Cornelia solves the mystery of who killed a young girl whose skeleton was found in an Underground Railroad tunnel in my fifth book, Murder in the Corn Maze. Also, there is a new murder Father O’Shawnessy discovers in Our Lady of the Roses church one evening – a body murdered like the man in P.D. James’ Death in Holy Orders. Ironically, The Portage Falls Library book club he belongs to had just read and discussed the book that evening.

Because I write in multiple POV’s not only Catherine’s and the police chief John’s POVs, but also police officers Tony Montecalvo’s and Robin Harper’s POVs come into play. Tony is upset because his abusive father has returned after being gone over twenty years, and Robin worries about what is bothering Tony when he refuses to discuss why he’s brooding. 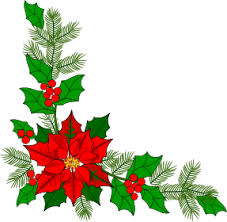 And now I’m ready to start my new book. Since I am going by months starting in June with my first one, this one will be in December so poinsettias will be the flower on the cover. As always, my step-granddaughter came up with another beautiful cover for the last one so I’m sure she’ll do equally well with the next one, but for now I have no idea what the title will be.

I’ve been plotting and thinking of what this next book will be for weeks now. Obviously, since it’s a December book there will be a Christmas theme. I have some of the events going on already perking in my mind. I’ve been jotting down notes, and coming up with some new characters, also. My biggest hang-up was the method of murder I wanted to use. I thought of one idea, but my sister shot it down. She suggested having the victim bundled up in one of those Christmas tree bundling machines would be better. I didn’t like that, but I still liked the idea I had if it would be viable. So on Sunday morning as I was starting out on my morning walk with Maggie, my son Joe called out to me from his back deck. I went over to talk to him and asked if the murder I was plotting could be committed that way, and he said it could be. He also gave me some ways it could be accomplished. This is my son who willingly posed as a dead body for my first book albeit without the garden fork in his back. Later that afternoon I asked my oldest grandson what he thought of the idea. He laughed. He thinks it’s funny I guess that his little, old, white-haired grandma plots murders. Anyway, he also agreed my idea would work. 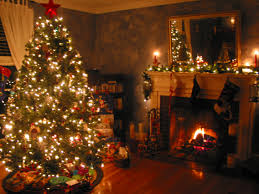 My murder won’t occur for some way into the book. I read the questions asked of Ramona DeFelice Long from Guppies (a chapter of Sisters in Crime) in a recent question and answer session on the Guppy digests, and her answers to those questions. She is a remarkable editor and has edited all three of the Guppy Anthologies.  The one thing that really resonated with me was there should be someone who mourns the death of the victims. I’ve tended to make my victims not very nice, in fact usually downright nasty, although some times, especially in this last book, I had mourners for both victims. So this time in book seven there will be many mourners for this latest victim of mine. Strange as it may seem, I grieve more for my murderers than for the victim. I feel horrible that they felt murder was their only way out of a situation. Not that I condone what they did, of course, but I feel sorry for those who loved the murderer and are grieving for him or her. Of course, that’s not true with every one of my books, but mostly it is. So far I have no idea who my murderer will be, although I have some ideas, but I do know my victim – that is unless I change my mind. 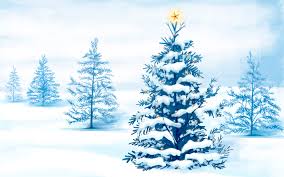 Of course, I will be adding new characters, and that is something I find really enjoyable. One of them is going to be a man who raises and sells Christmas trees. Murderer? Victim? Or merely a suspect? I know but you’ll have to read it to find out. And, of course, I also love bringing back familiar characters. Unfortunately, there are too many characters that both I and many of my readers like so some have been resting for a while. However, I plan on bringing back some of those earlier well-loved characters for this book again. Just who I’ll bring back, and who will be still resting off the page, I haven’t decided yet. Until I start writing and the characters demand to be heard, I won’t know. 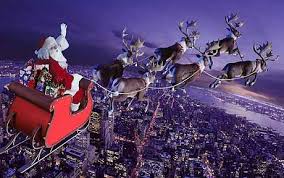 If you’re a writer, what characters do you have a hard time getting rid of?

If you’re a reader, what characters would you like to see more of in some of the books you’ve read?
Posted by Gloria Alden at 12:00 AM

Congratulations, Gloria. I think it's hard to know who to keep and who to discard. Feedback from readers would be a guide. Who does Catherine included in her day to day life? Your young special needs man was a suspect in one book, central to the plot and you were able to provide insight on his character and upbringing, which dispelled suspicion. You brought his mother and him back as a walk-on role in another. They might serve as witnesses to a crime or alibi that Catherine can trust. I'd determine who out of your cast would function best in the current plot. Creating supporting new characters isn't necessary for every book as long as the old ones serve your purpose.

Congratulations on your latest publication, Gloria.

I, too, write a series and am working on book five. Empty Promises returns to the northwoods of Michigan’s Upper Peninsula, and so one of people’s favorite side characters from Cabin Fever, Owen Lindstrom, returns with a large role as does the local police presence in the form of (now) Chief Lon Bartelle. One character from the first chronological book in the series, Ant Farm, also returns: the Happy Reaper.

I enjoy creating new characters and in this novel readers will meet the next generation of McCrees. For now, I’ll let readers guess whether Paddy’s child is a boy or girl, and I’ll also make them read the book to discover how Seamus’s relationship with Abigail is progressing.

That’s what series are all about, right, finding out what happens to our favorite characters? Oh, yeah, and solving a crime or two and providing a bit of justice to the world.

E.B., Eric and his mother aren't in my latest book, but probably will be back in the next book. Other more recent characters - the Davis family, who moved into town in book four had
to be brought back because so many people loved them, especially their nine year old twins.
They probably won't be back in this book except in small walk-on parts. Then there is the newest police officer hired in the fourth book, a young woman Robin Harper. She is definitely coming back because everyone likes her and the friction between her and the youngest officer, Tony Montecalvo. Both Tony and Robin played important rolls in books four and five.

Jim, did I miss book four in your series? I read and loved Bad Policy, Cabin Fever and Ant Farm. Is there a fourth out yet, or is it still coming?

congratulations on your recent publication and enjoy the discovery process of your next book. I love the Christmas tree farm aspect.

I'm getting better at plotting--I know what happens at the end--with the first draft a satisfying exploration of the main character and her antagonist.

Congratulations, Gloria. That is great news. It is hard to get rid of characters. I had one that I liked but killed off for the story. My Beta readers liked the character so much that I rewrote to find a way to keep the character. Difficult to find a way, but I did it. Now I'm wondering if I will really use this character in a future book. Oh, well. At least the character will be available if needed.

Congratulations! If you kill off someone popular with readers they will tell you.

Gloria, You have not missed book four. Doubtful Relations is with my story editor right now, but if I want Empty Promises to be ready for a 2017 release, I need to be writing the first draft NOW!

Gloria, congratulations on Carnations and I cannot wait to see what you come up with for your December book.
In my WIP, I still feel terrible about killing my victim. He was such a nice person, and he is definitely grieved by his loved ones (so Ramona would be happy).
As far as characters I'd like to see more of, I love Ruth Zardo in Louise Penny's books and always enjoy seeing what she is up to. Same with Janet Evanovich's Grandma Mazur character - I'd love her to have her own book. I'm glad Jim has Owen coming back!


Margaret, good for you. :-) I just decided to switch most of the first chapter I wrote to the ending - the happy ending with some things taken out and put in earlier. I know how my victim is murdered but don't know the murderer yet.

Grace, I like my character that will be a victim, but I'm not going to make him one that readers will feel really sad when he/she dies, unlike Elizabeth George killing off a favorite character that has many readers upset with her.

Warren, you are right about that as Elizabeth George found out.

Jim, let me know when it comes out because I'm looking forward to reading it.

I don't write a series, per se, I write about people in the travel industry--NO not stewardesses or pilots. I like to have all my secondary characters have a place, and they should pop up whenever we are in that place. My new book, Brownstone Burial, has a 1963 airline reservations office as background, so when you get off the elevator you come in contact with three large rooms full of people all working shifts. Think hundreds, so I want the reader to feel that any number of fellow agents, lead agents or supervisors can come forward to say something. Whether they have anything to do with the plot is part of reading traditional mysteries--you have to watch for clues.
Patg

Pat, so Pauly is not coming back in a sequel to this book. That's too bad.

This sounds like a wonderful book. I am a sucker for books set in the winter, especially if they have snow on the cover. I think it comes from living in Florida too long! The character who lives with me is the protagonist in my first book. I don't mean my first published book, I mean my first book. She lives under my bed with the rest of my training books in fiction, and her character has haunted me since I wrote her. I don't know why.

Kait, get that poor character out from under your bed now!!! Put her in one of your books even if she's not your main character. Or go back and rework that book until she'll be part of a new series.