The Mysterious World of a Romance Conference 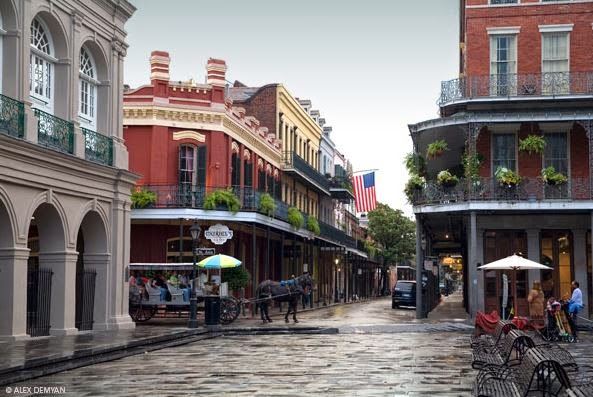 I’ve decided to go to my first major writers’ conference. Yippee!
However, rather than picking Malice Domestic or Bouchercon or ThrillerFest or any of the other perfectly good mystery-related conferences out there, I’m going to a place most purveyors of this blog will think is a little strange. You ready?
Next week, I’m headed to the Romance Times Convention, aka RT, in New Orleans.
And before you start wondering if I’ve jumped the mystery ship for more lovey-dovey waters, I haven’t.
Sure, my books have some romance in them, though that’s never the actual aim of the story. Which makes me like 90 percent of the writers I know who are attending RT.
That’s right: of the people I know in real life or on Twitter or just in the writing community in general, I’d say three of them are actual romance writers. The rest are just like me: we do a nice romantic subplot. Kind of like the famous writer who I’m the most excited to see there: Lee Child.
Yes, Jack Reacher’s maker himself will be there, doing a few different events, and I’m super excited.
That said, I’m not attending RT to see Lee Child. In fact, I didn’t even know he was officially going until after I signed up. Rather, though I’m sure I’ll be excited for the conference proper and all the things to see and do and learn there, my main reason for going to RT is this: To meet some of the amazing people in the writing community I’ve gotten to “know” over the past few years.
There are several writers (20? 30? Maybe more?), I know, either in real life or online, who I’ll get to hang out with for a few days for a reason I love. I just can’t wait to meet these ladies, talk shop, and attend sessions together.
Sure, celebrities and parties with cover models sound cool and all, but to me, really, I’m in New Orleans to be in the same place as some of my very favorite writerly people. I’m sure many of you who have gone to Malice Domestic or Bouchercon or ThrillerFest have done the same for very similar reasons.
Have you gone to a writers’ conference? What was your favorite part?


P.S. I’d like to give a happy Mother’s Day shout out to my very awesome mom, who always demands to read what I’m working on, even though books with murder aren’t exactly her thing.
Posted by Sarah Henning at 12:00 AM

Have fun Sarah. My favorite part is meeting people I have only "known" online.

There are so many different kinds of writing conferences, of course. For those directed to writers, I always hope to glean some useful writing tips, and usually I do.

Sarah, quite a few members of my NEO Sinc chapter belong to Romance Writers and attend those conferences, too. I don't have the time or money to attend more than one, or once in a great while,two conferences, and Malice is my #1 choice. Enjoy your conference, Sarah. I've enjoyed almost every conference I've attended and learned something from them.

Though I had a great time at Malice, this convention would have suited me better since my series takes place in New Orleans. Hope you have a great time.

I once lived in a place that had only one writers' group: the romance writers. Every meeting they'd raffle a basket loaded with wine, chocolate, and romantic, er, necessities. Malice was a ton of fun, but I think the romance writers, especially in NEW ORLEANS, will take it to another level.
Party stuff aside, they were just as serious about writing as any other group I've met, so I'm sure you'll meet lots of great people (my favorite part of conferences) and learn a lot (my other favorite part of conferences).

What a great location for a conference. I look forward to hearing all about it. Have fun, Sarah.

It is cool to hang out with people who understand why someone would hesitate and wonder about the use of a semi-colon.

Have a great time! I love meeting people at conferences. And I love the "wow" factor of meeting authors whose work I have read and admire.

A busy Mother's Day, Sarah, forgive my late comment. So many conferences are about the same time every year. I think you'll love the conference. Do try to get to Malice one year. I think I'd benefit from a membership with RWA. My problem--too much email as it is!

Thanks, folks, I'll report back! I'm sure it'll be a great time, I'll learn lots, and meet some fabulous people (both known online or not!).