How Music Influenced My Writing

How does music influence your writing? Salad Bowl Saturdays is pleased to welcome David Burnsworth to share his thoughts on the subject. Welcome, David! — Paula


Most of us have a favorite song, or ten. A song that takes them to a special time and place in their past. I was born in 1973. My first memories of music were thanks to my mother. Our house was filled with Simon and Garfunkel, Credence Clearwater Revival, Jim Croce, Carly Simon, Linda Ronstadt, and Crosby, Stills, Nash, and Young.

I remember when I was four-years-old, Mom bought a new Volkswagon Rabbit to replace the Bug that had seen better days. The Rabbit had an eight-track player, which was a big deal for us. Those same artists filled the little VW with tunes as I played with my Matchbox cars in the backseat. And, no, I did NOT have my seatbelt on. We didn’t start wearing those until the mid-eighties, thank you very much. The first time I recall hearing “Margaritaville,” I wondered why the singer was so concerned about losing his shaker of salt. It wasn’t until years later that I understood the significance and deeper meaning, right about the time I started looking for my own saltshaker.

With the coming of CD’s, I found myself enjoying reading the lyrics provided with the disks while the songs played. And I grew into my own taste in music. U2 and REM top my list. So do the Eagles and Bruce Springsteen.

A good beat and a witty phrase, no matter the genre, are all I really need. One of my favorite memories as a teenager was riding in my friend’s mom’s Volvo station wagon (it was the eighties, after all). He loaded a cassette and turned up the volume. What came out was the B-52’s Planet Claire. The “Peter Gunn Theme” intro created such a powerful atmosphere of adolescence that I can’t remember where we were going or what we were doing because it really doesn’t matter. At that moment, we were invincible.

What does this have to do with writing? In particular, my writing? When I wrote my first Southern noir mystery, Southern Heat, I did it while listening to the local classic rock station. As the radio played track after track, I found myself incorporating the songs into scenes. The setting for Southern Heat is Charleston, South Carolina. With the surrounding water such an important part of the city, and my story, I had to place my main character, Brack Pelton, on it for at least one scene. So, riding up the Intracoastal Waterway in his boat, Brack turns on the radio and Credence Clearwater Revival’s “Green River” blares out of the speakers. Another scene has my hero entering a run-down bar on the wrong side of the tracks. B.B. King’s “The Thrill is Gone” fills the establishment. The song choice became an important detail to add another layer of noir to the setting.

This habit of using music in the story did not go away for the in-process follow-up mystery in the series, Burning Heat. A beach theme has replaced straight rock, but I worked hard to make the songs fit. And I still listen to music while I write. In fact, the only time I like a silent room is when I’m line editing. Otherwise, I keep on rocking in the free world as my typing fingers try to keep up with my thoughts. 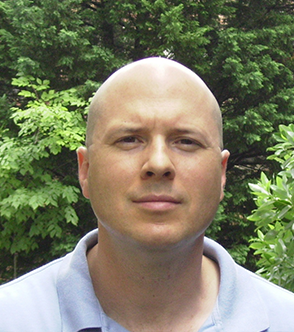 David Burnsworth became fascinated with the Deep South at a young age. After a degree in Mechanical Engineering from the University of Tennessee and fifteen years in the corporate world, he made the decision to write a novel. Southern Heat is his first mystery. Having lived in Charleston on Sullivan’s Island for five years, the setting was a foregone conclusion. He and his wife along with their dog call South Carolina home.

I too use music in my writing. It’s a bit more eclectic for me as I mix rock, classical, baroque and new age. As for writing, I can’t have lyrics going, so it’s classical, new age or silence when I am writing. For editing, I prefer silence.

David, thanks so much for spending time with us at WWK. I depend on certain music, too, as inspiration. In particular, I listen in the car while I'm traveling back and forth and mulling over plot possibilities.

I met David at Malice DOmestic, and am looing forward to reading his book.

You're right, David, music can establish the feel to a scene or a character in an instant.
When getting in touch with a character or time period, music is terrific pathway. One of my characters loves Big Eighties music - Heart, Pat Benatar - yes, she's a bit over the top....
And "Peter Gunn Theme" - awesome!
Keep writing and rocking.

David, I write while I listen to music playing in my head. Thanks for sharing at WWK.

Fantastic blog, David. Loved meeting you at Malice! I work the same way -- music for writing and silence for editing. Music energizes me for the task at hand.

Welcome to WWK, David. I listen to music in the evening when I'm reading and sometimes when I'm writing, too. And I include music in some of my writing. However, the music I enjoy most tends to be of your mother's era. I love folk, blues, Celtic and classical as well as some other kinds of music I heard on the radio and liked enough to get the CD.

I liked the premise of your book when I heard you talk at Malice. However, since I'd already bought almost 20 books, I decided to wait and order it from Amazon. It's on my list when I go next go there.

I can't write with music or other sounds. I prefer silence. "Maybe Baby" a short I wrote that was published in Mysterical-E included 1950s songs that provided clues to the story's ending. I hoped it was enjoyed. Lyrics often run through my mind. I'm an auditory learner--sometimes I think lyrics have provided a counterpoint to my life. Interesting blog, David. Thanks for the insight.

Welcome, David. I listen to music to help pace my stories--rock and electronic for fast chase scenes and downtempo music for quiet, thoughtful scenes. But I need silence or ambient sounds when I edit.

Thanks for such a warm welcome! And thanks for hosting me today here at WWK. It was a pleasure meeting those of you at Malice 2014 as well! I'm also an eighties music fan. Saw U2 and REM back in the day Reagan era.

I will introduce the ringtone samples for you to reference and can be installed by following the instructions below:https://ringtonesmobile.net/

Music is an indispensable thing in every person, I often listen to music in my spare time but I also use it as a ringtones for my phone iphone