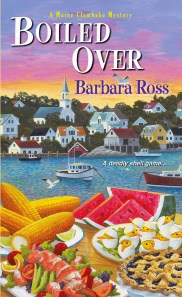 Barbara Ross’s Maine Clambake Mystery series is a hit. Her first book in the series, Clammed Up was nominated for a 2013 Agatha Award as was her short story, “Bread Baby,” contained in the anthology, Best New England Crime Stories: Stone Cold.

It’s no wonder. The series appeals to cozy mystery readers because it has all the elements of success; a cozy, but simmering town, interesting locals, a long quirky history, the physical appeal of a beautiful coastline, struggling main characters, and the distrust of tenuous relationships.

Of course, the great writing and inventive plotting don’t hurt either. Yesterday, Kensington released Barb’s second in the series, Boiled Over. Please welcome Barb Ross back to WWK.           E. B. Davis
You do a lot of research for your books. Which comes first, the plot or the history, and where do you go to research your books?

Since the Maine Clambake Mystery series is about the people who work there, the name of my coastal town, “Busman’s Harbor” was a play on the idea of “busman’s holiday.” That’s all I knew. Boiled Over, the second book in the series takes place on Founder’s Weekend, so I had to come up with a history for the town and, much more challenging, a reason for the name. I read a lot of Maine history, especially Colin Woodard’s fabulous The Lobster Coast: Rebels, Rusticators and the Struggle for a Forgotten Frontier, which I highly recommend. From a story-telling perspective, I held my breath the whole way, afraid it wouldn’t work. The last scene of the history was the last scene I wrote.

Would you give us the jacket blurb of Boiled Over?

For Julia Snowden, the Founder’s Weekend summer celebration in Busman’s Harbor, Maine, means helping her family’s clambake company to prepare an authentic taste of New England seafood. Any Mainer will tell you that a real clambake needs wood for the fire . . . so why is there a foot sticking out of the oven? 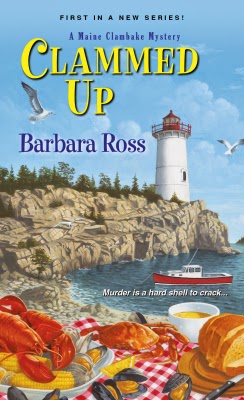 The townspeople want to pin the murder on Cabe Stone, a new employee of the Snowden Family Clambake Company–who bolted from the crime scene and disappeared.

Julia knows having another murder associated with her family’s business is a recipe for disaster . . . but who is the killer? Cooking up a proper investigation doesn’t leave much time for the rest of Julia’s life, and this is one killer who’ll do anything to stop her from digging up clues.

Not that I want to bring up a hurtful subject, but how do you write—maintain your professionalism—while seeing your mother through her final illness? Did it help, or was it a total struggle?

I think having a book deadline definitely did help. Not in terms of time, but in terms of having a goal to focus on. The tone and themes of Boiled Over were already set by the time my mother got ill. I’m actually finding it harder to keep Musseled Out, the book I’m writing now, in an appropriately cozy mood.

Relationships and trust are one theme in your writing. Once trust is blown, can it ever be reestablished?

I like to think so. I’m a great believer in the power of redemption. However, for trust to be regained, the way the trust was lost must be completely resolved and I’m not sure that’s the case for Julia.

Julia interprets her mother’s life incorrectly. Can biographers ever get it right? Do we live in our heads?

I don’t think we have an objective view of anyone’s life, including, and maybe especially, our own. Parents are particularly fraught. We enter the picture after a quarter or a third of their lives have been lived and we interpret the next couple of decades purely through the prism of our own needs. Julia has created a narrative for her mother’s life that actually says a lot more about Julia than it does about her mother. But I don’t think that’s at all unusual.

Will Julia ever get Gus and Ross to write down the history of Busman’s Harbor? Or is oral history just as important as documented history?

Most Maine towns are very aware and proud of their histories, so it probably is written down somewhere and Julia could have found it if she only had the time. A challenge in writing the book was that Julia is from Busman’s Harbor, but I wanted her to hear the history unfolding along with the reader. So I created the explanation that she’d heard a half a dozen alternative explanations for the town’s name and wasn’t sure she believed any of them. I could believe that. I was just in beautiful, historic Savannah watching the docents at a museum not-so-patiently correct all the misinformation the trolley tour drivers had dropped on the tourists.

Julia is absolutely right to be wary of Chris, and deep down she knows it and she knows why, though she’d busy making up a dozen other reasons for her unease, rather than face the real one.

As to some native Mainers’ attitudes toward people From Away, I think they’re understandable. I 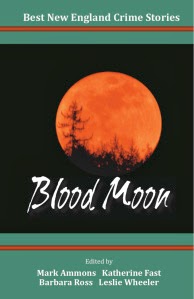 don’t want to mislead anyone. If you go to Maine for vacation you will have a wonderful time. People will be helpful and for the most part cheerful. They just won’t be deferential. Kind of like Parisians.

Your book covers are wonderfully drawing and evocative of your books. Are the chicks peeping out of the deviled eggs on your cover symbolic for the photographer?

The artist came up with the chicks, but the moment I saw them I loved them. I never thought of them as symbolic, though now that you mention it, that’s kind of cool.

Julia, the oldest of the two sisters, and Livvie seem to have reversed roles. But it also seems like Livvie fell into her life naturally, whereas Julia struggles to find herself and her life. Does the one who must struggle have more character or are both ways living authentically?

I think Livvie had a lot of clarity about what she wanted from her life when she was quite young, and she went through years of battles with her parents to get it. Julia’s the obedient child who followed the more expected path, and as is often the case when you’re that person, and particularly if parental and societal expectations seem to be a good fit for you, it takes longer to reach the point where you have to figure out what you really want.

What’s next for Julia Snowden?

In Musseled Out, the clambake season is coming to an end. Now Julia really has to figure out where she’s going to live and what she’s going to do for the coming winter. The situation is complicated when a lobster war, a territorial dispute between the lobstermen of Busman’s Harbor and those from nearby Coldport Island, turns deadly.

Bonus: (For writers only—so if you’re not a writer, don’t read this!) Are you making a living wage writing this series?

Good heavens, no! With a series, it takes quite awhile to build to that point, because royalties are paid much after sales and because making a living depends on having many books in print (and in other formats). I’m very lucky to be doing this at a time in my life when I don’t need my writing to put food on the table. 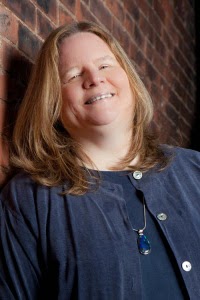 Not to steal from James N. Frey, but Barb writes a damn good mystery. If you haven’t read Barb’s books, start with the first book first! Clammed Up. You can find her books at all the major retailers, or use the links on Barb’s website.
Posted by E. B. Davis at 12:00 AM

It was so nice to see you again at Malice. I wish you all the best success with Boiled Over.

Thanks for the interview. I'm going to be in Cape Cod this weekend--not exactly Maine, but still a New England coastal area.

I know a few people who live in New England and I'm going to mention your series to them.

Welcome to Writers Who Kill, Barb. It was nice meeting you for a few seconds at Malice. I've always loved the coast of Maine and have visited that area five or six times. Since I enjoyed your first book, I bought the second at Malice and it's been my bedtime read since I got it, and I'm enjoying it just as much.

It was great to see you again, too. Best of luck with Cabin Fever.

KM--Thanks so much for mentioning the Maine Clambake series. Have a wonderful time on the Cape.

Gloria, so nice to see you, too. I am so glad you are enjoying Boiled Over.

What a great interview. I know Barb pretty well, and I learned quite a few new things!

Barb, I love it when my mystery is served with a large helping of history. Looking forward to Boiled Over. Good questions EB

Barb, so nice to meet you at Malice. I wish you the best of luck with your series...I've already gifted a copy of your wonderful Clammed Up to a friend who vacations in Maine.

Edith, Georgia and Shari--thanks so much.

Georgia, I hope you enjoy Boiled Over.

Shari--great to meet you, too. And thanks for giving Clammed Up as a gift.

Love your book, Barb. Love the series. You're an easy interview. Come back and join us again! Thanks.