How to Lose a job Without even Trying 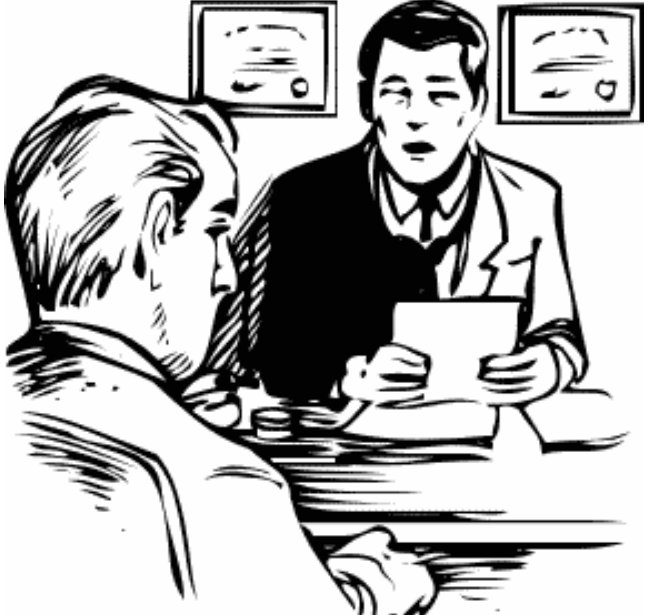 How To Lose A Job Without Even Trying
Earlier in my life I was part of a committee that interviewed and rated applicants for jobs in a mental health setting.  We always had at least four or five applicants for every open position.  Several times ten or more people applied for each position.  Many people had similar backgrounds, experience and training.
Hiring was important enough to warrant the time spent by three employees when we found someone who could perform job duties well, get along with co-workers and stay with the program over a long period of time.
Fortunately for us, or unfortunately for them, a number of applicants effectively ruled themselves out by their behavior, thus making our task easier.  Believe me, some applicants appeared to go out of their way to disqualify themselves and lessen the number of interviews needed.
How?
Some applicants didn’t meet the job requirement and sent in required paperwork anyway.  I can’t tell you why.  Practice for a job they might actually get?  Other applicants who either didn’t read or didn’t think what they read applied to themselves sent in resumes and answered question in a sort of generic way that might qualify them as firefighters or acrobats as easily as mental health professionals.
Other applicants had the paper credentials and applied for the job offered, but demonstrated inappropriate behavior early during the application process.  Since we needed people who could write progress notes, treatment plans, reviews and so forth, misspellings, bad grammar and “humorous” answers to questions impressed us, but not in a good way.  I remember one applicant who paid a staff clerk to type his resume as he waited in the waiting room before an interview.  Another candidate sent in cartoons along with her paperwork.  Creative?  Yes. Persuasive? No.
A third person got all the way to an interview. Everything was going along swimmingly until she was asked about her ability to work with various ethnic groups.  She answered quite well.   Then, without a query from us, she added remarks about a group we had not mentioned.  She volunteered her perceptions that the particular group fit negative stereotypes about them.  She did not get a job offer.  If she had not offered her opinion, she very likely would have.
One memorable person gave funny answers about why he left his last job.  The humor, however, was derisive toward his former employer.  What would he say about his new one?  The hire was not worth the risk.
In a more recent part of my life I was an editor.  As with the earlier job, some of the people submitting either did not read or did not attend to guidelines.  Some did not carefully check their spelling or grammar.  A number made promising, but not fully print-worthy submissions.  Some things never change.
Posted by Warren Bull at 12:00 AM

Like you, Warren, I was thankful when someone disqualified themselves early in the process. Nothing is worse than flying in someone who looked good on paper for a day’s worth of interviews and determining in the first few minutes that a candidate is totally unsuited.

When I worked for an advertising agency there was a highly sought after job opening for copywriter. Some candidates did unusual things to make an impression. One man arrived to his interview dressed in costume as a hamburger. He positioned half of the hamburger bun, made from foam or plastic, on top of his head. He wore the other half bun around his middle with lettuce, tomato, and a pickle sticking out of it. He was memorable. But a more conventionally dressed woman
with a portfolio full of interesting concepts got the job.

My husband works for a university and when they have an opening they get hundreds of applicants, yet they have to give a reason why each applicant wasn't acceptable. When they start narrowing it down, the first to go are those who can't follow the directions.

I once had a boss who had applied for the job as "practice" appplication because she wanted to move on and up (with another employer) and decided the experience of applying and interviewing would do her good. When she was offered the job, she wasn't quite sure what to do, but accepted it since it was a big raise and would look good on her resume. She stayed for a while (but her heart wasn't in the job and she wasn't particularly effective) before moving on to a higher level job with another employer.