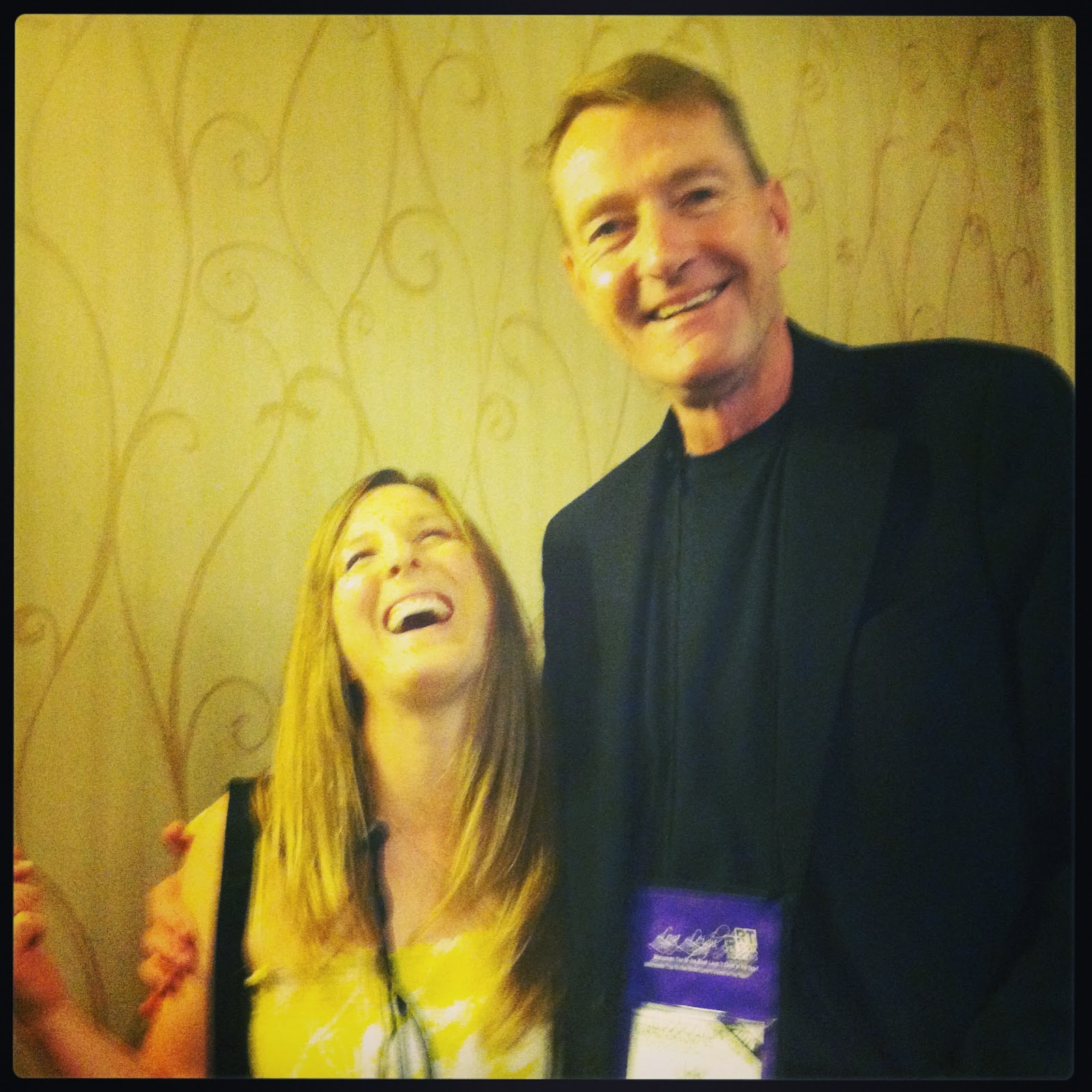 Mission accomplished.
As you can see from the pic above, my time at the Romantic Times Convention in New Orleans last week went pretty darn well. Not only did I get to meet Lee Child, perhaps my biggest goal of the conference, I got to take a hilarious picture with him (he’s about 6-foot-5 and I’m barely 5-1, just in case you’re wondering).
So, dream meeting aside, what’s it like to be at a “romance” convention as a crime writer? In a word: fun.
Despite RT’s name, the focus really is on books in general, not just romance books.
Actually, let me rephrase that: It’s about books by women. Probably 98 percent of those in attendance and those who made appearances and appeared on panels were women. Most of the book fans were women. Most of the agents and editors in attendance were women. Most of the authors were women.
And all of these women write very different books. Sure, there were plenty of steamy covers to go along with the male cover models parading around the venue, but those few men (and Lee) stuck out much more than I did for being a crime fiction author.
Everyone there wanted to talk about books, writing and the industry. It didn’t seem to matter much what type of words you put on the page.
And that was extremely clear during the “roast” of Lee Child and Jack Reacher that I attended moments after that very silly picture at the top of the blog was taken. Lee has his nineteenth Reacher book coming out this fall, and they aren’t the most romantic books, as his readers know. Yet, there were tons of writers, readers and industry people in attendance for the roast, and we all giggled along together as a Reacher impersonator (flown in from Australia) emceed the event as the famed character himself.

Yes, there were a few Tom Cruise short jokes thrown in there. But mostly, it was clear that the writers roasting Lee—including Alafair Burke and Tess Gerritsen—cherished the friendship and camaraderie they have with Lee as writers, all the while skewering him for our entertainment.
In fact, friendship really was the theme of the entire conference. I’d mentioned in my previous blog that though I was really excited to meet Lee, the biggest thing for me was to get to hang out with friends I’ve known online for years. We had long meals served with long conversations, we went to the former home of Anne Rice in the Garden District, we ate beignets and drank coffee, tripped over cobblestones during a ghost tour, lined up for panels and parties, and squirreled away an hour or two of revision time. It was fabulous, and many selfies followed. 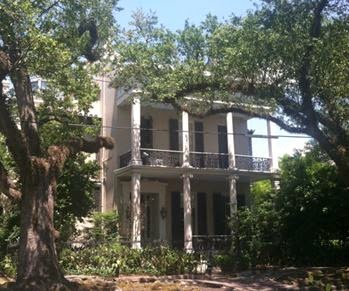 I won’t bore you with every picture I took or adventure I had, but I will finish with one last little thing I did. I spent several hours at an old-timey bar called Arnaud’s 75 with my Irene Goodman Literary Agency sisters. 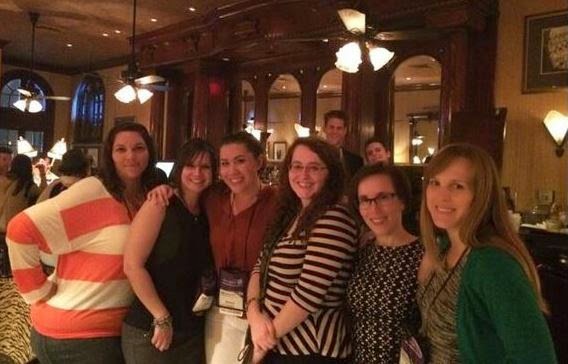 The IGLA agent in attendance, the lovely Miriam Kriss (in the striped shirt and glasses), organized the outing. And it was a fantastic time, hanging out, and getting to know one another. It was truly one of the most fun evenings I think I might have ever had. And even if I’d just flown to New Orleans for that small swatch of time, it would’ve been completely worth it.
So, yeah, mission definitely accomplished.
Posted by Sarah Henning at 12:00 AM

That does sound like fun! And meeting Lee Child alone would have made the whole thing worth while.

I've attended a few conferences, etc, but hope to put more resources & efforts into that in the coming year. Thanks for pointing out one I might not have considered if you hadn't let us know it's not exclusively romance.

Sounds like you had a great time, but given the lack of Y chromosomes, not a conference I am likely to attend.

I'm so happy you had a great time. One of the keys to a successful conference is having people you know attending. Getting together with other writers in real time is helpful and fun. I've often wondered if I should join RWA, but I'm so involved in SinC and get so much email, I don't think I could keep up with it all.

Sarah, it sounds like a great conference, and like E.B. mentioned, it's especially so when you already know people attending. I would have enjoyed seeing the historical sights, too.

It is fun to hang out with people who understand your debate between a comma, a semi-colon and a conjunction. Sounds like you had a good time.

It sounds like a great time, Sarah. I like the fun photo of you and Lee Child.

What fun! And what a line up of authors. Where is the next RWA conference?

Thanks, folks. I did have a wonderful time. And it really did help that I knew a bunch of people attending (for a former reporter, I really can be a bit of a shy person). Shari, the next RT (which is different from RWA, though I'm sure it's a lot of the same folks) is in Dallas. I'm sure it'll be a blast!