Baby, You Can Drive My Car - Characterization on Wheels


As I sat in the mechanic’s waiting room, I considered that, for some lucky people, cars transcend mere transportation. For those who can afford it, their wheels are a fashion statement, an accessory, an image they present to the world.

Writers show who a character is by what they say, think, do, and what others say about them. Some authors also show us a character’s personality by what what the character drives. Picture James Bond dodging assassins' bullets as he corkscrews down an alpine highway in his Aston Martin; Nancy Drew speeding down Main Street in River Heights in her roadster; Mickey Haller of Michael Connelly’s Lincoln Lawyer in the back seat of his chauffeur-driven Lincoln Town Car. Then picture Bond in a Prius; Nancy in a rehabbed hearse with Grateful Dead bumper stickers; the Lincoln Lawyer in a rusting minivan. Doesn’t work, does it? For some characters, their vehicles are an extension of their personality. 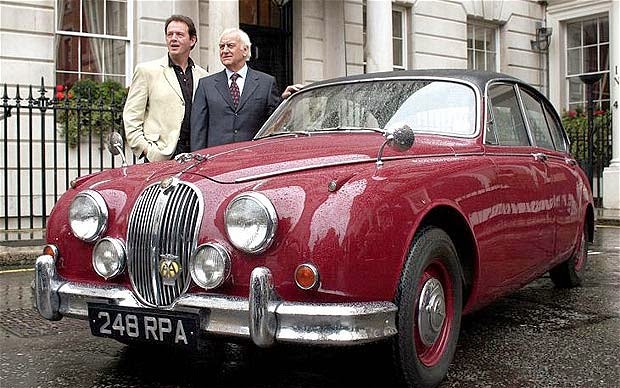 What else would an erudite, opera loving Oxford detective drive? Look at this photo of the maroon Jaguar MKII driven in the Inspector Morse series. The book series opened with Morse driving a Lancia, but the Jag was chosen for the TV series and made its way into the books. Try to picture Morse in a Mini or a muscle car or even a Range Rover. No, I can’t picture it either.

Janet Evanovich’s Stephanie Plum drives a series of lemons she calls “POS” cars that do more than underscore Stephanie’s precarious financial situation. Her readers look forward to the disasters that await her cars, turning her wheels into plot points that often throw her into the vehicles (and arms) of her dangerously desirable rescuer, Ranger. Ranger’s cars are all gleaming black Porches and SUVs, underscoring his mysterious, hypermasculine competence. 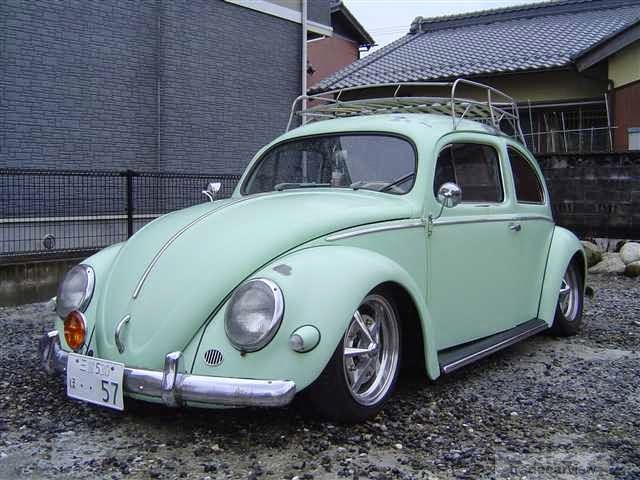 Like Stephanie, Sue Grafton’s Kinsey Milhone’s broken down VW shows us not only Kinsey’s precarious financial situation, but also her toughness. Kinsey and the car keep going, even when life and the road get difficult.

For many characters, their personalities are reflected in the different kinds of wheels they use to get around. Jessica Fletcher, the author/sleuth star of Murder, She Wrote, doesn’t drive, and travels around Cabot Cove by bike. This quirk underscores her can-do personality.  Jessica gets around, literally, under her own steam. On the Criminal Element blog, Donald Bain said he forgot this and had Jessica rent a car in his first book in the Murder, She Wrote series. Fans did not let him forget it.

In the television show Colombo, the famously rumpled detective drives a car almost as unimpressive-looking as he is. The humble Peugeot Cabriolet brims with personality, and surpasses mere characterization to become a character, an ally, to Colombo. Many a suspect lays eyes on the car and immediately thinks that only a loser would drive such a heap. The detective and his car tag team suspects, driving them them into the trap of low expectations.

What does your main character drive?

I would love to see Nancy driving that hearse.

Seamus McCree drives an old Infinity G-20 with many, many miles. It still runs and he sees no reason to replace it. (But minor spoiler alert, since I do see a need to replace it, that will change in Doubtful Relations, the next-in-the-series WIP.] He also has an utilitarian camp truck he uses at his place in the Upper Peninsula of Michigan.

Cars are an extension of us, aren't they? Even for secondary characters, if you can work in what they drive, you're revealing a great deal about who they are. It's especially interesting if it's a little contradictory (an immaculate person drives a muddy pick-up...)

Like Jessica Fletcher, Jesse Damon doesn't have a car. He can't afford one. He would love to buy a used pickup truck, but there are problems with his license.

I have a stack of traffic court photocopies from someone who is one of the Jesse models, which I will use in a future book. He was released from prison after 30 years. When he went to check into getting his driver's license, he realized his had $1700 worth of old traffic fines to pay first (thank goodness they didn't charge interest) He struggled to pay them off, got his license, and a week later got a notice in the mail that his license was being suspended for a year due to a 30 year old drag racing conviction. He appealed it, and fortunately the judge let him keep the license.

Most of the time I drive a 17 year old 4WD red pickup.

Barb - So would I!
James - Sensible, utilitarian, yep, that's in character for Seamus.
Carla - I always seem to get a car that's been well used by someone else. The only car I "picked" was my minivan, and I got the one of the lot which was "beige pearl" if I remember correctly. I could have picked the black one, but I thought that would make me look like I was working for the ATF.
KM - I remember when you told that story at Malice - heartbreaking - and tells us so much about the challenges faced by characters like Jesse.

I'm rather unobservant about cars. Once I mistook my sister's Honda for my wealthier cousin's BMW when we had come out of a restaurant after meeting with our uncle and assorted cousins. Yesterday, when I came out of the store I tried to open the door of a small red Focus much like mine only years newer which was parked next to mine while I was in the store.

Catherine Jewell, my main character, drives a pickup truck because of her business. I used to drive one, too, at one time. Now I opt for smaller cars with better gas mileage.

I love your pictures, Shari. Since my setting is the Outer Banks, my protagonist had to have a 4-wheel drive vehicle. My choice was a Jeep, but then I had the worst problem with the color. I finally picked a navy blue--understated, beachy blue, and practical. But then I gave her a license plate that said "Bubbles" because she supplies wedding champagnes! Of course, that license plate also made her Jeep identifiable, which leads to trouble!

"You are what you drive" as the saying goes. Emma Peel (Diana Rigg) drove a convertible Lotus Elan which I think suited her personality.

My current characters were alive before the invention of the auto. But the type of horse or buggy could be an extension of their personality and indicate status.

Gloria, I did the same thing once - same model, different car. Thank goodness the other driver didn't see me yanking on the door handle trying to open their door.
EB - Bubbles! That car has a lot of personality!
Kara - I remember Emma Peel's car - so impractical, so perfect for her. I love historical mysteries - what time period are you using?

As a kid I wanted to be Nancy Drew when I grew up and drive a sky blue roadster. Now I want Emma Peel's Lotus! I decided my California single soccer mom would drive an environmentally friendly Prius, one of the original 2002 versions that came in periwinkle. But now she and I are both stuck with this alliteration of a car and I'm thinking of creating a Stephanie Plum blow-it-up scene just to get rid of it!

Shari, my story takes place during the Civil War. I'm still in the brainstorming phase and have been doing a lot of research.

Right now, I have my MC in a standard-issue FBI SUV. No bells and whistles, just utility.

I love it when characters' cars fit their personalities!

Through several drafts of my first novel, I struggled with what car Jaya Jones would drive. I tried several things, but none of them were *right* until I realized she'd inherited a roadster. Then everything fell into place :)

For those who can afford it, their wheels are a fashion statement, an accessory, an image they present to the world. - I agree. Cars might be defined a luxury or a need depending on the car owner. It could be used as an addition to their outfit for the day, or a plaque of their social status. Whatever their purpose is, it's important to get a car that suits your personality and won't give you troubles as you hit the road. By the way, your car-characters comparison is a great idea. Thanks for sharing!