Misunderstandings: A blog by Warren Bull 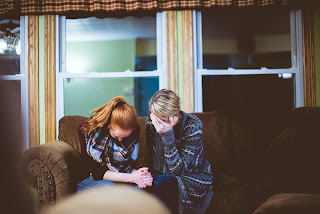 Image by Ben White on unsplash

Misunderstandings: A blog by Warren Bull

The world is filled with misunderstandings. We communicate as best we can, but, as writers know only too well, anything that can be misinterpreted will be. Sometimes funny, sometimes tragic, the best we can do is to expect to be misunderstood.

For greater details about the examples below consult

The Yucatan Peninsula on the southern end of Mexico is the ancestral home of the Maya people. When the first Spanish explorers arrived there, they wanted to learn the name of the area. There were no interpreters available, but the Spanish made a valiant effort. They reproduced the repeated answer they heard and came up with “Yucatan,” which in the native language translates into, “I don’t understand you.” Thus, the name.

Soon after becoming president, Jimmy Carter gave a speech at a Japanese college. He started by telling a joke to put everyone at ease. He later admitted it was not a funny joke, but at least it was short. He was surprised when the Japanese interpreter translated the joke in very few words. The entire audience burst out in hearty laughter.

During World War 2, President Roosevelt was on board the battleship USS Iowa on a long voyage to North Africa.

One of the escorts attached to the Iowa was the destroyer USS William D. Porter. The ship had a streak of very bad luck during the voyage. At one point, it accidentally detonated an antisubmarine depth charge. At another time, it lost power in one of its boilers and fell well behind the convoy. President Roosevelt requested an anti-aircraft drill by shooting at balloons. During the exercise, the William D. Porter accidentally fired a ready and armed torpedo right at the Iowa.

To make matters even worse, the captain of the William D. Porter didn’t even radio the Iowa about the torpedo and instead used light signals to tell them a torpedo was on its way, since he wanted to stick to the rules given for the drill. However, the Iowa didn’t immediately understand their signaling. The William D. Porter broke radio silence and warned the battleship of the incoming torpedo. Fortunately, the Iowa managed to avoid the torpedo.

Just in case the firing was actually a part of an assassination attempt, the Iowa then pointed all of its guns at the William D. Porter until the situation was cleared up.

In late 1989, Germany, which was then still split in two — the democratic West and the communist East. The East German communist regime, had a very rough time. It was rocked by major protests and civil disobedience by the very unhappy population.

A constant fixture of the protesting east Germans was their desire for the freedom to travel to West Germany, without major restrictions.

Eventually, the Communist Party leadership, hoping to keep control of their increasingly rebellious citizens, decided to cave into these demands. They wrote a set of rules and regulations designed to ease the process of traveling between the two Germanys.

The Communist Party reached an agreement on the form of the regulations early on the 9th of November. They planned for the rules to come into effect the following day, on the 10th to give the border guards enough time for an orderly application of the new requirements.

Later during the day of 9th of November, the Berlin Communist Party leader was due to hold a press conference to announce the change. Shortly before the news conference, he was given a note that detailed how the new regulations would work. However, what the note lacked was the precise date and time when the rules would come into effect.

After he explained the changes at the press conference, journalists asked when they would come into effect.

Caught unprepared, and with no obvious future date, he responded without thinking it through. He said, “As far as I know, it takes effect immediately, without delay.”

Immediately after that, throngs of people stormed the Berlin Wall border crossings, demanding to cross into West Berlin.

Vastly outnumbered, confused and with no clear orders, the East German border guards eventually gave in. In a short period of time, order broke down completely. Soon there was no way to restrict movement that could possibly be enforced. Within the next few hours and days, the process of destroying the Berlin Wall was in full swing.

Back in the 18th century, potatoes were banned for human consumption in France for a variety of reasons, such as the misguided belief that they caused leprosy. Their most common usage was for animal feed. Antoine-Augustin Parmentier, decided to change that and purposely created a misunderstanding that was an outstanding success.

The French monarchy gave Parmentier a plot of land very close to Paris. Parmentier varied the Biblical concept of the “forbidden fruit” to create the forbidden vegetable. Parmentier kept the contents of his piece of land strictly secret and assigned guards to protect the crop — potatoes. Curious people bribed the guards and absconded with what they thought had to be valuable since it was both a secret and guarded.

Of course, Parmentier, had instructed the guards to take the bribes and turn a blind eye to the stealing that took place.

Even great writers make mistakes and create misunderstandings. In The Big Sleep, Raymond Chandler has the chauffeur murdered and found dead in a car. The murder is ignored for the rest of the book and never solved. In Robinson Crusoe, Daniel Defoe tells us that the hero strips and swims out to his wrecked ship to rescue supplies which he brings back to shore by shoving them into his pockets. Bram Stoker’s Dracula breaks into a house several times where all his enemies are asleep to turn a woman there into an undead vampire. However, it never occurs to him to just kill his enemies so nobody will know what he is.

Thanks for the early morning smile, Warren.

Fun examples of miscommunications. I especially applaud the Japanese translator's handling of the situation. He may not have translated exactly, but he certainly got and communicated the gist of the occasion.

What fun, Warren! I do wonder about the WWII incidents though.