An Interview with Krista Davis by E. B. Davis

Old Town’s midsummer festivities are getting a tasty addition this year. To coincide with a public performance of Shakespeare’s “A Midsummer Night’s Dream,” Bobbie Sue Bodoin, the Queen of Cheesecake, has hired Sophie to organize a dinner with a dessert buffet on the waterfront. Bobbie Sue’s homegrown company is thriving, and since her baking dish overfloweth, she wants to reward her employees.

Bobbie Sue has only one menu demand: no cheesecake! But her specialty isn’t the only thing missing from the evening—Tate, Bobbie Sue’s husband, is too, much to her annoyance. Next morning, however, Tate’s dead body is discovered. Bobbie Sue insists she didn’t kick her spouse to the curb, and begs for Sophie’s help finding the real killer. Digging in, Sophie discovers an assortment of Old Town locals who all had reason to want a piece of Tate. Can she gather together the crumbs the killer left behind in time to prevent a second helping of murder? 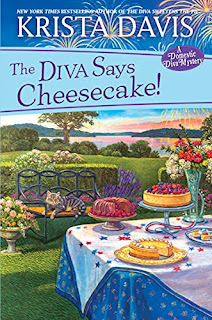 Krista Davis is back for the fifteenth book in the Domestic Diva mysteries series, The Diva Says Cheesecake. Kensington released the book yesterday, and as the book is set in late June, it appropriately starts the summer reading season with a cozy murder mystery accompanied by lots of cheesecake, summer breakfasts, and outdoor dinners. And there maybe a new romance, but that’s just my guess for book sixteen of the series. I’m sure Krista won’t tell!

Doing her job well is all that concerns main character Sophie Winston. She plans the Queen of Cheesecake’s company dinner and helps the woman find her stray husband or at least his body. Unfortunately, the husband is the victim of murder by champagne bottle, in Sophie’s opinion, the perfect drink that goes with cheesecake. A convenient pairing or a perfect frame?

What are quiet fireworks?

They are fireworks that dazzle, but come without the loud noises that accompany regular fireworks. People with PTSD, some children with autism, dogs, and horses have awful reactions to the sounds. More dogs get lost on July 4th, than any other day because they are frantic to get away from fireworks. Imagine trying to control a hysterical horse! There are towns that are beginning to transition over to quiet fireworks. I hope more will join that movement.

What is a Thundershirt, which Sophie’s dog Daisy likes?

It’s a stretchy wrap designed for dogs. It’s meant to be tight, sort of like swaddling them. Like other things, it works for some dogs and not for others. I understand some rescues use them for terrified dogs.

Natasha is having a hard time with her living arrangements and her personal goals. But, her ego still has no bounds. She complains to Sophie about how successful Joanna Gaines has become, as if Joanna is her competition. Is Joanna Natasha’s idol? Is Natasha that driven for success?

Martha is Natasha’s idol. She wanted to be the Martha Stewart of the South and now feels like Joanna Gaines took that position. Natasha has always wanted fame. It all goes back to being abandoned by her father. She has a need to overcome those feelings of rejection.

Sophie tries to make cheesecakes without baking them. Does she omit the eggs and add sweetened condensed milk?

Sophie loves to bake with eggs. And I don’t think she used sweetened condensed milk in any of her recipes. The Blackberry No-Bake Cheesecake was a work in progress for Sophie and me last summer. But I think we finally nailed it! 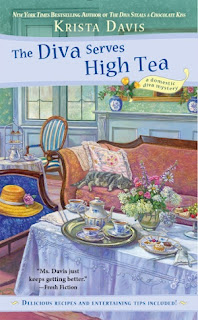 When did Mars buy a B&B? Is it open for business? Who runs it?


It’s not actually a B&B. Mars and Bernie bought it as an investment just before The Diva Sweetens the Pie. It’s like an Air B&B. Basically a house available as a short-term rental.

Why does Sophie help young Liddy put her horrible ex-boyfriend in his place?

Because Sophie is cool! Didn’t you want to put him in his place?

Is it true that the FDA hasn’t approved CBD as a food additive? What’s the story with CBD? Why would Natasha bank a new business on it if it weren’t approved?

Apparently CBD is not approved. https://www.fda.gov/media/131878/download

Natasha doesn’t always have the best judgement about these things. She does, however, want to be ahead of the curve when it comes to new ideas.

Is there no place safe from garlic? Even in breakfast eggs? What’s next, garlic toothpaste?

Try some garlic powder in your scrambled eggs. You’ll be surprised!

Do Pina Coladas go with Chinese?

They’re great with Chinese! A lot of other drinks are, too, but Pina Coladas are festive and fun.

What makes Japanese cheesecake different? Does it have a Panko crust?

LOL! There’s no Panko in a Japanese Cheesecake. It contains less cream cheese and has a light airy texture reminiscent of a chiffon cake. It’s also not overly sweet, but my tasters loved it!

Mars finally tells Sophie about Bernie’s childhood and how Bernie’s nose was broken. Being affluent doesn’t necessarily mean easy street. Do people make assumptions about wealthier children that might not be true?

I think people make assumptions about everyone, wealthy and poor! Everyone’s story is different. There’s no way of telling what they’ve been through until you get to know them. 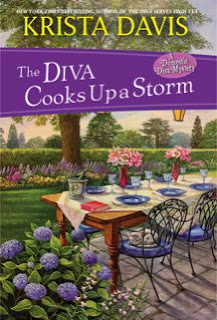 Under-ringing drinks is a way that counter-help steals money from restaurant management. Can it only be accomplished on cash sales?

Cash would be easiest, but I suspect you might be able to charge the drink and then take the difference out of the cash drawer.

Is the Organization of Research Chefs real? It sounds like a good organization.

I made up that name because I don’t like to upset anyone, but there is a Research Chefs Association. They are responsible for food and food product development.

Illegal and unreported fishing is a huge problem. Apparently one out of five wild-caught fish is procured illegally. Red snapper might be tilapia! Wild-caught salmon can be replaced by farm-raised salmon. Mis-labeling is rampant because once it’s filleted, it very hard to tell which fish it is. Cheaper tuna and shark are often substituted for more expensive varieties. Pricey sea bass might actually be perch.

Will we find out if Natasha won Bobbie Sue’s cheesecake contest?

She did not win. No spoilers here, but Bobby Sue was very happy about the winner!

What’s next for Sophie?

Next is The Diva Delivers on a Promise. But it won’t be out until 2023.

However, I’m not finished! This year, I still have A Colorful Scheme coming on August 30th and A Good Dog’s Guide to Murder on September 6th. 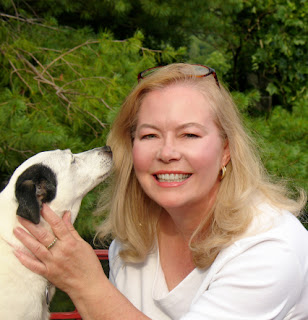 Krista -- WOW 15. Congratulations on your latest.

Congratulations on your latest Krista, and welcome to the blog.

The Diva is one of my favorite literary chefs and I devour each book, and often the recipes, on release. I've always wondered - is the house in Old Town based on a real home?

Congratulations, Krista! I love seeing your series going strong. I lived in Alexandria years ago and still love visiting Old Town - you really bring it to life. All best wishes!

I certainly admire your output!

A dessert buffet on the waterfront sounds delightful (if a tad sandy) but I'd miss the cheesecake, too.

I love Krista Davis's books! And of course, I love CHEESEcake!

Congratulations on your wonderful long-running series, Krista! You're an inspiration. Loved the interview.

Congratulations on your latest release!

Thank you all so much! It's always fun to have new book out.

Kait, I lived in Old Town and have seen a lot of houses, so I took things that I remembered and particularly liked and built a house for Sophie. Some people have told me they have figured out which house it is. But they haven't, because I made it up.

Shari, I'm very happy to hear that I bring Old Town to life.

KM, the buffet is a treat for employees at a cheesecake business. That's why there's no cheesecake. It's everyday stuff to them!

Congrats on all the books this year. Love how you bring Old Town to life...as well as your characters