Until Dead: A Cold Case Suspense by Donnell Ann Bell

When Lt. Everett T. Pope is notified of an explosion in downtown Denver close to the judicial buildings, his first instinct is gas leak. No such luck. As Incident Command and Pope's own Major Crimes unit move in, he discovers he knows the intended victims—an Assistant U. S. Attorney—and Pope's former partner, now a private investigator, has died shielding the injured AUSA with his body.

As ATF and the FBI take over investigating the bombing and unraveling motives behind the murder attempt, Pope is relegated to a peripheral role. But the injured AUSA's aunt is a United States senator used to getting results. She turns to the team that solved the Black Pearl Killer murders with a very big ask—find her answers and locate the bomber.

FBI Special Agent Brian DiPietro must recall his entire cold case team from their far-flung assignments knowing he's being asked to do the impossible. The senator, however, doesn't know the meaning of the word. All too soon, DiPietro finds his team working alongside ATF on a red-hot mission. One that uncovers a decades' old cold case. 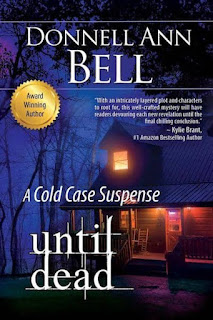 Until Dead is the second novel in the “A Cold Case Suspense” series. I had not read the first, which I will soon rectify, but I wanted to congratulate you on doing a superb job of introducing continuing characters in such a way as to quickly bring a new series reader up to speed on the relationships among continuing characters. Can you describe for readers and other authors how you determine which characters should have their own point of view? I think you chose six?

Thank you, Jim! I’m honored to be included in Writers Who Kill and interviewed by James M. Jackson! I think I’ve mentioned I’m a fan of your Seamus McCree series. (I almost missed a plane in Monterey because I was reading your short story.) But I digress. Ordinarily, I try to keep a tight leash on point of view. But because I’m writing a taskforce series, and the story has several moving parts, multiple POVS are/were necessary. For that reason, I rely on four main POV characters – three members of the taskforce and the antagonist to tell the story—the same number used in Black Pearl, book one.

As far as the additional two POVs you mentioned, they were important secondary characters I used to set up the story. (Those are the only times their POVs appear.) Because my taskforce was not yet involved, I felt their points of view were necessary to impart information.

Why did you choose to call your series Suspense, rather than Thriller (or Domestic Thriller)?

Whew! An easy answer: my contract called for a suspense.

That is an excellent reason. It strikes me as largely a police procedural. I enjoy reading police procedurals but have never written one because you must get all the police “facts” correct. I noticed your author notes thank lots of law enforcement folks. Readers and other authors would love to know how you learn how police forces do their jobs.

I understand your reluctance because as a new writer, I did the same. I always had a dead body, though, so I would call my local coroner’s office and try to elicit information from a no-nonsense woman who would say, “You’re who, you want to do what?”

Later, I met her through a citizens’ academy where she was one of our instructors and I was trained in the volunteer victims advocacy. This woman is listed in my acknowledgements, also. Additionally, she has helped numerous authors, including my friend Annette Dashofy. This coroner is married to a deputy sheriff who is another great resource. I’ve taken two citizens academies as well as the Writers Police Academy.

I co-own an online group called Crimescenewriter, which a veteran police officer started to help writers. I’ve learned over the years  that most people (law enforcement included) are generous. Online classes are great, but I also know how I learn best. I’m a tactile, auditory learner and have been fortunate to have experts say, “Give me a call, or let’s Zoom, and we’ll discuss.” I can’t stress how beneficial ride-alongs, citizens academies, and even volunteering can be in helping a mystery author grow.

I learned from Until Dead that military psychologists have stricter rules than private practitioners about when they must notify authorities of a dangerous patient. Civilians are required in most states to report patients they believe are a danger to themselves or others. In Until Dead we learn that in the military, they may only report a patient deemed to be a danger to the president. My immediate reaction after learning that was to think the military standard is nuts. What’s the scoop?

I thought it was nuts, too, and of course, you picked up on it. I wrote a large portion of Until Dead during 2020, which was difficult to corroborate because getting through the Veterans Affairs Administration’s public information line was impossible. I received the “Duty to Warn” information from a military psychiatrist, and I’m grateful for his expertise. However, when I was brainstorming book three of my cold case series with a former FBI agent, we discussed my dilemma, and she believed the stricture has changed and suggested I add the  words “or a direct threat to Homeland Security.”

I try very hard to get my facts straight and debated whether to change. Still, during final proofs, I buckled, and added her suggestion. I can only hope I’m close and fully admit any mistakes are my own.

And when we make mistakes, readers do find them! As a former consulting actuary, I was delighted to see Viola Franish, FSA (Fellow Society of Actuaries) included as a character and, more importantly, confused by at least one person for being an accountant. I thought I would share one of my two favorite actuary jokes: “An actuary is someone who wanted to become an accountant but didn’t have enough personality for it.” After you finish groaning, you answer my question: how did Viola end up being a character?

I am not groaning! I learned about actuaries when my kids were entering college. They have left brains like their dad, and I tried to sway them in that statistical, lucrative direction. Did they listen? Of course not. My son is a certified public accountant, and my daughter went into supply chain management with an emphasis in information technology. What can I say? I’m SO disappointed. 😉 I was thrilled to create Viola because I finally got an actuary in the family. Moreover, I needed a red herring and the accountant/actuary angle worked perfectly (in my opinion). 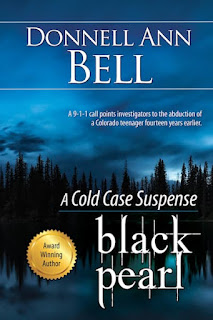 LOL. I will be repeating those jokes, I promise you. With only two books in the series currently, it hasn’t been that hard. I do keep a journal. I added ATF characters in book two and they aren’t part of book three (currently). If I use them in another book, that could be confusing. Right now, my cast of characters is so real to me I have no problem telling them apart and I slip easily into their individual characters when I write. One character is going to be the ultimate challenge in book three, so wish me luck!

My contract called for two books, and an option. Book three is the option and I think my editor and publisher is interested based on the outline (and the twist) I’ve suggested. I’ve brainstormed with two Guppies, Kassandra Lamb and Susan Hatters-Friedman, on my idea as I have no expertise in the direction I’m going other than extensive reading. These wonderful experts have been encouraging. I have an ending in mind, so all I can say is this may be the end, or I could write a spinoff. I hope that’s not too vague an answer.

Thank you, Jim, for the opportunity and the fun questions.

DONNELL ANN BELL is an award-winning author of four romantic suspense novels, all of which have been e-book bestsellers. Until Dead is the second in a suspense series. Donnell and her husband are recent transplants to New Mexico. Visit her website and connect with her on Facebook. The Until Dead ebook is available from all your favorite online retailers. Click here for links.
Posted by Jim Jackson at 1:00 AM

I hope the release is going well. Wishing you lots of sales.

Congratulations on your latest release! I look forward to reading the series.

Can’t wait to catch up with this series! You had me on the edge of my seat in the interview.

Good morning, Writers Who Kill!!! Why do I feel right at home saying that:) Jim, I loved your interview questions, and have a radio interview tomorrow morning in Las Cruces. Okay, if I tell your actuary jokes? :) I'm still laughing. I appreciate the opportunity to tell your readers about my books! The writing is the fun/easy part, the promotion is much harder. I think in a previous life I must have been an actuary ;)

Congratulations, Donnell! The book sounds terrific! Thank you for stopping by WWK.

Congratulations on the new book and the new series! Fun interview -

Congrats on the new book. It is a great series! Delighted to hear a third one might be in the works.

Thanks again for the interview, Jim, and to all who stopped by! Wishing you much success!

Such a fun interview! Jim, I'm likely to send your jokes to my friend, the actuary. And Donnell, I'm looking forward to reading the new one. Best of luck!

I enjoyed Black Pearl, so I'm looking forward to reading the second book in the series. In fact, I've enjoyed all your books. Wishing you great sales.

Great interview with so much information for would be authors and police information.