The Editor’s Thrill When a Book Comes Together 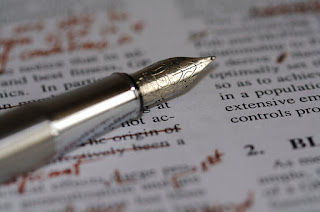 I’m co-editing an incredible anthology of Native poetry, The World Is One Place: Native American Poets Visit the Middle East. The National Endowment for the Arts is funding its publication. My co-editor is my former mentor and lifelong friend, Diane Glancy (who’s won all kinds of awards for her writing in all the categories—novel, short fiction, essay, memoir, poetry, playwriting, screenwriting—she’s even made a couple of movies!). Working with Diane alone would make me happy.

This anthology came about from a spark of an idea I had (when another of my favorite Native writers underwent a firestorm online for agreeing to honor her commitment to perform in Israel) that combined with a group of poems Diane had written about Syria from her own visits to the Middle East. We began to talk about finding other poets who had visited that part of the world and written about it. The publisher wrote the grant to the NEA, and it was accepted.

When we put out the call for contributors, we set no limits on what they could send. We simply asked for poems informed by their experience and views of the Middle East in any way they chose to look at it. We wondered if we might not receive an overabundance of political screeds, the Middle East being such a sore point with many, if not most, Native writers, who see what’s happening over there as almost déjà vu of what happened to our ancestors. Happily, we received a wide variety of superb poems that focused on the people, the land, the culture, the spiritual feelings their visits brought to the poets. The overarching theme seemed to be the commonalities the poets shared with their Middle Eastern hosts. We chose a line from one of the poems as the title to exemplify this—“The world is one place.”

This is not the first anthology I’ve edited. I knew, going in, the grind of trying to gather promised work and requested forms from poets—herding the proverbial cats would be simpler. And as we’re now in the stage of typesetting, we’re still waiting for a couple of work notes and a couple of permission forms. It is always thus. This book has taken a lot of work, but it will be such a special book. And we have a cover, a beautiful cover which uses Indigenous bead art made by one of our poets, an image of Petra. (I wish I could post it here for you all, but the contributors haven’t seen it yet.) As soon as those last two work notes arrive, we’ll send the manuscript out for blurbs and move into the production stage of the game with copyediting, proofreading, and more and more of the same to ensure quality. We’re already starting to plan the book launch.

I just went over the manuscript once again and had the great good fortune that comes once in a while with something you’ve worked hard on where you read it again and say to yourself, “This is really good!” This is the time all editors live for—when the book is coming together, when all the grunt work is paying off, when you can take a step back to find that all those stubborn pieces fit together into a thing of beauty. I’ve learned it’s important at such times to step back and savor the moment. Soon enough, there will be stubborn typos that sneak in somewhere new after you eradicate them, the struggle with the printer to capture the colors just right on the cover, and reviews awaited with the hope that the reviewer isn’t in a bad mood on the day s/he reads the book. Soon enough, there will be delays in shipping when we’re trying to get books across the country in time for a reading and Amazon reviews that complain that it’s “too political”/”not political enough.” For now, I’m stepping back and resting for a moment in quiet enjoyment of this lovely book we’ve all created. I think chocolate is definitely called for here.

For her books of poetry, Skin Hunger and Heart’s Migration, Rodriguez received numerous awards and fellowships, including the Thorpe Menn Award for Literary Excellence, the Midwest Voices and Visions Award, the Elvira Cordero Cisneros Award, the 2011 ArtsKC Fund Inspiration Award, and Ragdale and Macondo fellowships. Rodriguez was 2015 chair of the AWP Indigenous/Aboriginal American Writer’s Caucus, past president of the Border Crimes chapter of Sisters in Crime, a founding board member of Latino Writers Collective and The Writers Place, and a member of International Thriller Writers, Wordcraft Circle of Native American Writers and Storytellers, and Kansas City Cherokee Community. Find her at http://lindarodriguezwrites.blogspot.com.
Posted by Linda Rodriguez at 12:30 AM

Congratulations Linda, your talent and depth of skill are amazing. What a wonderful project and how unique a point of view. The link between Native Americans and the Middle East never occurred to me, but the concept immediately struck a chord when reading your blog. Looking forward to the cover reveal and the release.

Congratulations, Linda for all your hard work in bringing this anthology to the point you can say it is good. And congratulations in advance for overcoming the hurdles that will try to trip this project and for bringing it to the public.

congratulations! a compelling and timely anthology which will give comfort and hope to many during these crazy times.

"The world is one place." So powerful, especially in light of what happened in Orlando.
Cannot wait to see the anthology - do you have a release date?
Enjoy your chocolate - well deserved!

The book sounds wonderful. Thanks for telling us about it.

Thanks, Kate! Many Natives see a strong correspondence between what's happening to many tribal peoples in the Middle East and what happened to us on this continent (with Africa, also).

Thanks, Jim! Yeah, some of those hurdles can get real tricky.

Thank you, Margaret! That's one of our hopes for the book.

Shari,Spring 2017 is what the publisher tells us. Most of these poems are the results of Native American poets meeting Middle Eastern people informally and up close, often sharing their homes--and thus seeing them as people much like themselves and not as the enemy "Other." If we could do these things with everyone in the world, perhaps we'd start to believe that the world is truly one place.

What a wonderful project! I'm sure you're pleased to use your talents for such a venture.

KM, it's been a real labor of love for all of us.

Sounds like a terrific work. Enjoy your chocolate, you earned it!