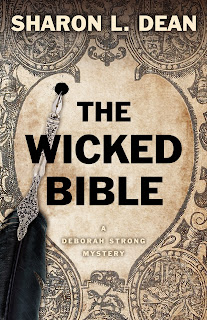 I’m a “Jeopardy” fan even though I’m abysmal at answering questions in any category that involves television, movies, contemporary music, or sports. Although I’m clueless about pop culture, I can occasionally run a category about classic literature or about lines in poetry. I got a little thrill a few months ago when there was a question about “The Wicked Bible” because I had used that Bible and its typo about committing adultery as the title for my novel, The Wicked Bible.

A category called Fictional Elements recently appeared on “Jeopardy.” Plot, character, setting, theme, tone, point of view. I was golden until the elements appeared in answers like The Man in the Iron Mask and The Silver Chair. But the category got me thinking about the elements of fiction I became so familiar with when I began teaching. Somehow, I managed to make it through a Ph.D. in English without breaking literature into those elements. In the college where I taught, they were a bit like the Biblical commandments. They work, but if I thought about them while I’m writing fiction, I’d fall back into the analytical voice of my academic days.

Still, the elements are a scaffold that holds a piece of fiction together, some central supporting poles, others carrying less weight. Tone would matter more to my work if I wrote comic or melancholic or satirical pieces. Theme seems more philosophical than literary, though I suppose I could attach something like the search for justice or the search for home to my novels.

A more obvious decision for a writer involves point of view. The omniscient of early nineteenth-century novels, limited omniscient, first person, even nowadays second person. All have their challenges and their advantages. And all require a commitment at the start of a piece. I’ve alternated between limited omniscient and first person. I’ve used first person, present tense in a couple of short stories, but I feel a little like that’s cheating because it too easily places a character in the moment.

Character gets caught up in point of view. Will the story be told through multiple points of view or one character? Will the character be reliable or unreliable? I’ve tried neither, but like many writers, I’ve found that a character leads me somewhere I haven’t anticipated. In two of my novels, I’ve come to the end and changed the murderer. In two others, an elderly woman emerges half-way through the book. Patience with the elderly is not one of my strong points, but I’ve become so interested in what’s called “geezer lit” that my forthcoming novella is called Six Old Women.

Whether they plan ahead or let the story unfold, writers think about plot, but even as a trained academic, I don’t start out deciding if the conflict will involve man against man, man against nature, man against himself, or man against fate. The gendered way of expressing conflict grates, and I wonder if literature anthologies have changed the terminology. 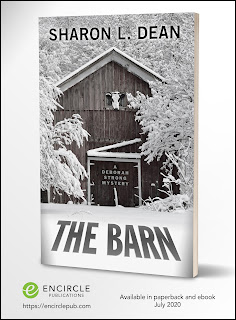 The last of the elements “Jeopardy” ignored is setting. Before I put pen to paper (I still draft long-hand), I know where I want to set a novel: Mississippi’s Natchez Trace, New England’s Isles of Shoals, a cemetery, a small-town library or a university library in New Hampshire, a cove in Maine. Setting may be my way of indulging my nostalgia for places I’ve loved, but it’s also what drives my ideas. It’s the golden element in the fiction I write.

You might put on your analytical hat for a moment and ask which of these elements of fiction seems the most important to you when you read or write.

Sharon L. Dean grew up in Massachusetts where she was immersed in the literature of New England. She earned undergraduate and graduate degrees at the University of New Hampshire, a state she lived and taught in before moving to Oregon. Although she has given up writing scholarly books that require footnotes, she incorporates much of her academic research as background in her mysteries. She is the author of three Susan Warner mysteries and of a literary novel titled Leaving Freedom. Her Deborah Strong mysteries include The Barn, The Wicked Bible, and Calderwood Cove. Dean continues to write about New England while she is discovering the beauty of the West. 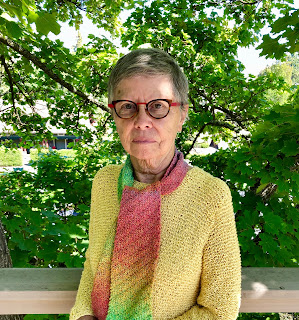 Interesting! I remember driving the Natchez Trace from Jackson to Natchez. It was so isolated, almost spooky. We didn't pass another car for over an hour. I haven't used it as a setting--yet--though it certainly impressed me as one.

Yes. It’s a great ride and a terrific setting for a novel.