Getting the Details Right by Tammy Euliano 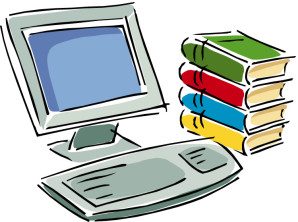 Some things are known/googleable. (Not only is it fun to say, it’s in the dictionary, or a dictionary. I know. I googled it.) When writing a scene about a crime, I look up the correct term, who would investigate the crime, the expected punishment. I post a question on the Facebook groups Cops and Writers or Legal Fiction. I ask attorney friends or a nurse at work whose husband is a police officer. While I start with what I’ve seen on TV or read in books, I want to be sure I have the facts right. Not every reader will notice or care, but I don’t want to ruin the experience for an attorney or paralegal or police officer because I was lazy. And yes, you can end up in the internet rabbit hole and waste precious writing time, but bear with me here.

I sometimes receive questions from authors about medical details in their fiction and I’m happy to answer them. Most of us know nurses or paramedics or other healthcare providers who are only too happy to share their expertise. There is also a Facebook group called Diagnosis: Fiction where we can post questions. And yet, authors still get basic things wrong. I’m not talking about debut authors on a shoe-string budget who can’t afford an editor. I’m talking about world famous full-time authors with movie contracts and, I assume, access to the best editors money can buy.

This week I listened to a new novel by one such famous author and found several glaring mistakes. Here’s one of the more egregious: The POV character, a physician, is examining an unconscious accident victim. He shines a light in her eyes and is relieved when they DILATE in response to the light. He (and his editor) didn’t need a medical consult to tell them that’s backward, he could look in the mirror.

I know, not a big deal, I should let it go. But I get invested in the books I read, invested in the characters. And now I’ve been taken out of the story. The handsome hero is suddenly less heroic, and the next, less obvious errors, become more noticeable. As I think about why this bothers me, I can come up with lots of reasons, some more pessimistic than others. In the end, I think it might just be that it feels lazy. Errors are fine, we all make mistakes, and maybe that’s all this was. But based on the subsequent inaccuracies, it feels more like he didn’t take the time to check on google, or ask a medical person (or someone with a mirror) to read those sections. Maybe there were deadlines, maybe the editor blew it, maybe covid intervened.

What is an author to do? We want to include the details that give our stories the breadth and depth readers crave, but we need to do it accurately, without taking readers out of the story to question our credibility. One possibility is that, where research and expertise fail, I will seriously consider leaving out details that might be wrong. The author above could have written, “Her pupils responded to the light.” That would have been accurate enough and would have left this reader with a much better impression of the whole book.

So, the moral of the story in my mind is…If I don’t know, and I don’t have the time or energy or resources to learn, vague may be preferable to wrong.

I'm with you on this one Tammy. If an author includes a fact, it should be correct -- unless the error is a clue. Copy editors don't get the praise they deserve, and it seems many publishers don't use them.

I research everything and have my scientist husband proof the ms. for annoying details like a full moon two weeks in a row.

I agree. Details should be accurate, at least from the POV you're using (as Jim says, sometimes they can be clues, or sometimes they can be showing how misinformed a character is.) I do tend to get lost in rabbit holes of research--oh, that's interesting, I wonder if...
But that's preferable making mistakes.

The big problem, I find, is when I don't know what it is that I don't know, so don't realize I have to check it. I did that recently, using a common term that I didn't realize was derogatory for a group of people, and was fortunately called on it by someone who knew better.

Sometimes you don't know what you don't know. In my first book, I had a rider giving a horse a hard workout. Afterwards, I had the rider lead the horse to water. I received an email from someone who cares for horses who said you never give horses water immediately after a strenuous workout--you wait awhile. I guess I had seen too many Westerns where the cowboys galloped into town and tied their horses up to a water trough. I never thought it could be any different, but now I know not to take for granted how something is done--or had been done.

I'm with you on this, Tammy! It must be especially hard for someone with your medical background to come across errors that would slip by us non-doctors.