Warts and All by Mark Leichliter

The crime fiction I write is realistic by nature. Which is to say that my brand of fiction retains all the warts and blemishes of real life. The blood is real, the pain of loss stays with families and is passed on to future generations, some of the people on the right side of justice are also assholes and some of the criminals have redeeming characteristics. That is, after all, how the real world works. Ted Bundy, who killed at least thirty people, once saved a child from drowning and worked for a suicide hotline. Among the vast majority of law enforcement officers who genuinely wish to serve and protect, we will find murderers like Derek Chauvin. These realities are unpleasant. It’s not a wonder that many readers would prefer more sanitized versions of crime or thrillers where the good guys and gals get clean wins. As a teen I was content to use books as escape, thrilled at the pure logic of Sherlock Holmes or left the bounds of earth (and realism) in science fiction, but somewhere along the way I became the annoying guy who whispers during movies, “That would never happen …” Somewhere, I became a stickler for realism.

And why is that? What changed?

Perhaps realism is inevitable when I reflect on the times actual crime has crossed my life. That’s a messy, mixed bag—from stupid, dangerous teenage visits to drug dealers who lived in salvage yards to slapstick events, like the time would-be robbers ignited a fire while trying to open the safe in my dad’s store with a blow torch, a fire they extinguished with apple cider.

But crime also has a habit of opening wounds that don’t scar well and that never align with how we think the world should be. The sense of misalignment I experienced when my close childhood friend committed armed robbery just after high school remains with me. To know someone so well and be left with so many questions is unnerving. But just as unsettling was the recognition that my friend, the son of a federal law enforcement agent, was granted leniency I would never have received from a fraternal justice system.

There were any manner of injustices unearthed by my cousin’s murder. Shot dead with a hunting rifle in the street when he was 22, Greg was killed by his friend’s estranged husband. The murderer, who came from a connected, affluent family, was charged with manslaughter. He served six years. My aunt’s near silence in the face of grief lasted far longer, audible in her shaky voice when she did speak. The weight of her mourning remained evident for the rest of her life. She, like too many real crime victims, defied Hemingway’s suggestion that we often become stronger in the broken places, although she might tell us that just getting out of bed each morning after your child has been murdered demonstrates very real strength.

So there is the realism of having known victims and perpetrators and investigators too. 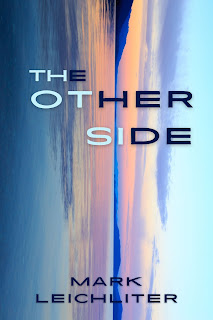 Another answer may be because my most recent crime novel focuses on the place I live, so my sense of duty in achieving verisimilitude is close to the bone. The people I write about in Montana’s Flathead valley are also friends and neighbors. The larger social forces at work are real to us, just as real as the decaying presence of meth and the deadly reality of opioids. I’m now at work on a novel that descends deeply into human trafficking, and it seems an unforgivable disservice if I misrepresented the reality of disappearances among indigenous women, including those who have gone missing just a few miles from my home. Reality also reminds us that there are more vulnerable people in indigenous communities for the worst among us to prey upon and fewer resources to protect them. Empathy and respect for those whose lives are touched by crime is a big part of why I think realism has come to matter to me.

For the realist writer, the facts matter immensely and typically reveal more than their surface. Ted Bundy may have worked a suicide hotline because his crimes preyed on those who were vulnerable or because he enjoyed the suffering of others. Three other officers on scene failed to demand that Derek Chauvin remove his knee from George Floyd’s neck. My friend dropped his driver’s license at the drive-up window of the liquor store he robbed. Violent crime in Laramie, WY, where my cousin was murdered was sparse in the decades before his death; 18 years later, with the murder of Matthew Shepard, Laramie is synonymous with murder. Stranger than fiction? Perhaps. The task of realism in literature is to create a shadow of the actual world, if one that is sharper and darker. For my part, while I greatly respect the diversity of all mystery sub-genres, including those that allow escape where amateur sleuths solve crimes where readers never see the body, the warts remain visible. There are no “right” ways to write crime fiction. Perhaps we writers exert control over the criminal world because forces larger than ourselves have shaped us in ways beyond our grasp.

Mark Leichliter is the author of The Other Side. He lives in Montana. To learn more about his work, visit him at www.markleichliter.com.

Interesting insight, Mark. All of us are shaped by our experiences, and the same experience can have different effects on each of those involved (often because of our previous experiences).

My writing is a mixture between realistic and far-fetched. I think the crimes I write about are accurate. That my amateur sleuth has a significant role in solving them requires some suspension of belief.

Best of luck with your "debut" novel using your real name!

Thought provoking, Mark. Best of luck with the novel.

While I can certainly suspend my concept of reality for the sake of a story, I do want it to be consistent with the world the author has created. If it's a contemporary crime story, I don't want to hear the confused investigating detective has, in bed, whispered crime details to the brilliant female protagonist, who uses them to solve what the professionals can't see.