A Review of Reviews by Warren Bull 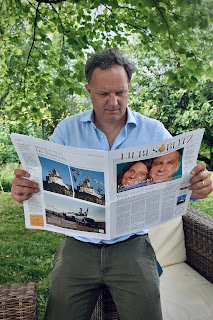 Image by Arno Sennoer on Unsplash

A Review of Reviews by Warren Bull

I doubt that anyone is more critical of books than the authors of those books. I know when I re-read my work I can see every strained analogy, every sentence that should be shortened, and every confusing word choice that falls short of what was intended. I also review books, movies, music, and so forth. It is both encouraging and downright scary to look at reviews of books that are considered classics.

For example, The Handmaiden’s Tale by Margaret Atwater was reviewed in The New York Times

“But the most conspicuous lack, in comparison with the classics of the fearsome-future genre, is the inability to imagine a language to match the changed face of common life. No newspeak. And nothing like the linguistic tour de force of A Clockwork Orange - the brutal melting-down of current English and Slavic words that in itself tells the story of the dread new breed. The writing of The Handmaid’s Tale is undistinguished in a double sense, ordinary if not glaringly so, but also indistinguishable from what one supposes would be Margaret Atwood’s normal way of expressing herself in the circumstances. This is a serious defect, unpardonable maybe for the genre: a future that has no language invented for it lacks a personality. That must be why, collectively, it is powerless to scare.”

This non-scary book won the Governor General’s Award, the first Arthur C. Clarke Aware and was nominated for several other honors. It has been adapted into various media including opera, cinema, and television. Just imagine what could have happened if it had actually been scary.

The Saturday Review on July 23, 1960 advised readers that in Harper Lee’s To Kill A Mockingbird

“Miss Lee’s problem has been to tell the story she wants to tell and yet to stay within the consciousness of a child, and she hasn’t consistently solved it.”

Shucks, if she’d been able to give readers a child’s point of view this might have been considered a classic.

Another review from The New York Times on August 18, 1958 warned readers about Lolita by Vladimir Nabokov.

“Lolita then, is undeniably news in the world of books. Unfortunately, it is bad news. There are two equally serious reasons why it isn’t worth any adult reader’s attention. The first is that it is dull, dull, dull in a pretentious, florid and archly fatuous fashion. The second is that it is repulsive...

Past the artistic danger line of madness is another even more fatal. It is where the particular mania is a perversion like Humbert’s. To describe such a perversion with the pervert’s enthusiasm without being disgusting is impossible. If Mr. Nabokov tried to do so he failed.”

Oh, yes. Stay away from this dull, disgusting book.

Margaret Mitchell was advised in a review on June 30, 1936 by a different scribe in The New York Times

“I happen to feel that the book would have been infinitely better had it been edited down to, say, 500 pages — but there speaks the harassed daily reviewer an [sic] well as the would-be judicious critic. Very nearly every reader will agree, no doubt, that a more disciplined and less prodigal piece of work would have more nearly done justice to the subject-matter.”

A good editor might have done wonders. Maybe then the book would still be read today.

The Boston Transcript in March, 1885 reported

“The Concord (Mass.) Public Library committee has decided to exclude Mark Twain’s latest book [Huckleberry Finn] from the library. One member of the committee says that, while he does not wish to call it immoral, he thinks it contains but little humor, and that of a very coarse type. He regards it as the verist of trash. The librarian and the other members of the committee entertain similar views, characterizing it as rough, coarse, inelegant, dealing with a series of experiences not elevating, the whole book being more suited to the slums than to intelligent, respectable people.”

This book sounds irredeemable. And the author showed such promise as a newspaper reporter. I guess not everyone can write a respectable, uplifting novel.

How hopeful! No matter the reviews if your book speaks to your audience....

Book reviews and technology predictions are two things best read decades after their appearance -- if you want a good laugh.

Too bad such reviews don't guarantee success for all authors.

Fun and reassuring as I wade through yet another domestic thriller with an unreliable narrator. (she wouldn't dare, would she? Could she pull it off and not get caught?)

A good reminder that predictions are often so wrong.

As Jim said, hindsight gives us a fascinating view.