A Review of the Television Show House by Warren Bull 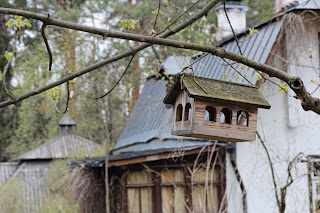 Image by Pavel Neznanov on Unsplash

House, the television show: A Review by Warren Bull

House lasted for 8 sessions, 177 episodes. It won many awards. Distributed to 66 countries, it was the most-watched television program on the planet in 2008.

Hugh Laurie, who played the brilliant, but brutally honest, misanthropic and combative, diagnostic specialist, Gregory House, impressed the casting team with an audition tape he made in a bathroom in Namibia, in Africa where he was filming a movie. The bathroom was the only location with enough light to make the tape. Bryan Singer, who had insisted the main character had to be an American gave an enthusiastic review to the performance before he discovered that Laurie was English.

Speaking about how difficult is it to speak like an American Laurie said, “I haven’t identified a single word that is pronounced the same in America as it is in England,” the 47-year-old actor tells Entertainment Weekly magazine in its Aug. 25 issue. “And that can really take you out of the moment, having to constantly listen to yourself and check your accent. It makes it harder to immerse yourself in the scene.

“It’s as if you’re playing left-handed. Or like everyone else is playing with a tennis racket and you have a salmon. I moan about it a lot.”

The character House had many similarities to Sherlock Holmes and there were frequent references to the fictional detective in the episodes. House flouted the rules and had frequent conflicts with the gorgeous hospital administrator, who later became his love interest. House had only one real friend, an oncologist, who had a history of defying authority.

The show combined medial mystery, procedure, not unlike police procedure, with the stakes frequently being life and death. Ensemble cast members had their own well-developed subplots, which added to the richness of the material.

This is one of my all-time favorite television series, which is still well worth watching.

I have never watched House - or much other tv. I'm sorry I missed this one. Sounds fabulous! Thanks for the review, Warren.

I liked House, when I didn't want to kick the good doc across the room. Some of the episodes made me cry. Good review.

I loved this show and have probably seen every episode at least twice. We even had the complete DVD series and read House M.D. vs. Reality, which wasn't a bad read (my Goodreads review here: https://www.goodreads.com/review/show/3161957717)
I will say the earlier episodes are better than the later ones.

House was a show I enjoyed for many seasons. Near the end, I felt it and I were running out of steam, but I did watch the last few episodes to see how things would be tied up.

Interesting. I never watched more than a few minutes of the show, where I found the characters to be to be distasteful. Perhaps I should revisit it.