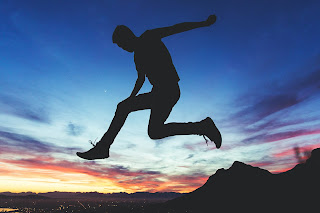 Image by Joshua Earle on Unsplash

Although you have to search for them, there are stories about positive events and people that usually don’t make the “if it bleeds, it leads” type of local news. The following stories are real and help us remember that there is good in the world.

Braydon Morton’s three-year-old Chinese Shar-Pie named Darla was stolen from his home. He put up a post on Facebook and offered a $4,000 reward for her return. A friend added $2,000. When Morton got a call, he went to a local gas station and found a sobbing young woman with his dog. He said he knew immediately that she was a fentanyl addict. He was an addict and had been sober for about eight years. He worried if he gave her the reward money, she might spend it on drugs, and thereby she might kill herself. Instead of calling the police he called a treatment program and paid to have the woman enter treatment. He spoke with her for days to assuage her fears. Then he bought her an airplane ticket to the city where the program was located and arranged for her admission. Morton said a friend had helped him get into treatment and saved his life years earlier.

Starting during her residency, Elanor Love, now a physician has been calling wedding coordinators and asking if she could stop by after weddings to pick up left-over flowers to give to her patients in the hospital. The coordinators almost always agree. Hospital patients, especially those who have few visitors, are delighted.

Tia Wimbush and Susan Ellis were co-workers for a decade, who didn’t know each other well. The women saw each other in a restroom at work and started chatting as they washed their hands. They had a lot in common, both working in information technology at Children’s Healthcare of Atlanta and dealing with the same medical stress at home. Both women’s husbands needed a kidney transplant and neither was a match to be an organ donor for their husbands. The transplant waiting lists were impossibly long.

Wimbush casually asked Ellis what her husband’s blood type was. He’s type O, Ellis replied. Wimbush said her husband was type AB. Each woman announced that he had the type as the other woman’s husband. The women paused for a moment and looked at each other in shock and disbelief.

They got tested and amazingly they turned out to be excellent potential donors for each other’s husband. After some delays due to the husbands’ health, seven months after the conversation four surgeries resulted in successful kidney transplants. The transplant program director said he had never been involved in a situation like that before. Now everyone is doing well.

Eliot Middleton, a 38-year-old restaurant owner and former mechanic has an unusual hobby. He runs a restaurant in rural Andrews, South Carolina. In his spare time, he fixes up junk cars and gives them away to needy people. He has given 33 cars to people who desperately need transportation. There are no taxis or Uber drivers in the area. Medical facilities are far away. Middleton has posted on Facebook and traded his famous barbeque ribs for donated broken-down cars.

When Martha Tucker got married in 1957 in her pastor’s house she did not wear a white wedding gown even though she wanted a fancy lacy dress. She lived in Birmingham, Alabama where Blacks were not allowed in white-owned stores except in the basement of stores where used clothing was for sale. There was no bridal shop for Blacks. At the time Blacks could not eat in white restaurants. It was illegal for Blacks to play checkers or other games with Whites.

When she watched the wedding scene in the movie Coming to America with her forty-six-year-old granddaughter Angela Strozier, Martha Tucker mentioned that she had never worn a wedding dress, but she had wanted to ever since she got married.

Angela Strozier made an appointment at a bridal shoe and arranged for several family members to be present at a surprise fitting. Seventy years after her wedding at age 94 Tucker got her wish.

Sometimes we forget to pay attention to the good news.

Love these good news items, Warren. So glad because I want to turn off the TV news these days.

What wonderful stories, Warren! So nice to read them instead of the news.