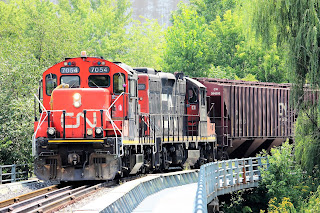 Image by Laurent Jollet on Unsplash

Onward: A Review by Warren Bull

Onward is a 2020 American computer-animated urban fantasy adventure film produced by Pixar Animation Studios and released by Walt Disney Pictures. The film is directed by Dan Scanlon, produced by Kori Rae, and written by Scanlon, Jason Headley, and Keith Bunin, and stars the voices of Tom Holland, Chris Pratt, Julia Louis-Dreyfus, and Octavia Spencer. Set in a suburban fantasy world, the film follows two elf brothers, Ian and Barley who set out on a quest to find a magical artifact that will bring back their dead father for one day.

Onward premiered at the 70th Berlin International Film Festival on February 21, 2020, and was theatrically released on March 6, 2020. The film received generally positive reviews from critics and has grossed $141 million worldwide.  It lost revenue against a budget that ranges upwards of $200 million. The film also received backlash in several countries in Asia for its portrayal of a lesbian character. The film's financial shortcomings were a result of the COVID-19 pandemic, which led to the widespread closure of movie theaters. Like several other films released in the early months of 2020, it was made available digitally several weeks after its theatrical opening.

Although it was called a “flop,” the film had positive reviews and made an unknown amount of money in terms of rentals and online sales. The success of other Pixar movies set a high standard. Although it will probably not become an iconic film, an average Pixar movie is still quite watchable. Think of an average Nobel Prize winner.

The film has the distinction of being banned in Kuwait, Oman, Qatar, and Saudi Arabia, because one female cyclops police officer character in the film named Specter briefly indicates that she is a lesbian. The scene in question is a brief scene in which a simulacrum of Colt Bronco is lamenting about how Ian and Barley Lightfoot do not respect him as a father figure. Specter replies to him by saying, "It's not easy being a new parent—my girlfriend's daughter got me pulling my hair out, okay?" Homosexual acts are criminalized in the four countries, which are predominantly Muslim, although Kuwait does not criminalize female homosexual acts. The ban is not universal, and the film was screened in Bahrain, the United Arab Emirates, Lebanon, and Egypt, albeit the line was changed in the Arabic-language dubbing to "my sister's daughter".

Director Dan Scanlan and producer Kori Rae discussed the film online at Disney+. Scanlan said when looking for an idea he put many notecards up on a board on a wall and encouraged staff members to share their reactions. When he left after posting the cards, he then returned before leaving the building to turn two cards over so the words would not show. He said that showed him the ideas expressed had emotional power in his life.

Like the two elf brothers in the film, Scanlan’s father died when he was one year old and when his brother was three years old. He said he had no memories of his father and his brother only has a few indistinct recollections. Making the movie brought his wish that he could see and talk with his father, however briefly, to his consciousness.

The filmmakers had fun with the ability to create mythological creatures and mix them together. School is the center of the younger elf’s anxiety, as it is with many adolescents. His fear of driving on a freeway, inviting other students to his birthday party, and standing up for himself will echo with many of us. The actors seemed to enjoy the characters they portrayed. There are many humorous moments throughout.

This is a very good movie and I recommend it.