Caroline Todd, part of the mother-son writing duo known as Charles Todd, passed away on August 28, 2021. Together, Caroline and Charles produced more than 30 books, including two series and two stand alone novels. In addition, they have written more than 20 stories and released a short story collection. They received the Mary Higgins Clark, Agatha, and Barry awards, as well as being nominated for the Anthony, Edgar and Dagger. Their next novels in the Ian Rutledge and Bess Crawford series have been completed and will be published next year. 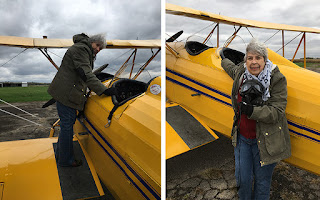 When she spoke about structuring a plot, whether for a short story or a novel, she advised that the elements of the ending should be embedded in the beginning. In “The Maharani’s Pearls,” a Bess Crawford short story, this method was flawlessly executed.

I received word of Caroline Todd’s passing during a Palmetto Chapter Sisters in Crime Zoom meeting. The news came by text from Fran Bush, a retired bookseller who had introduced me to Caroline. Fran Bush met Charles at book signings. Then, he introduced Fran to his mother at the Southern Independent Booksellers Alliance (SIBA) convention. That meeting led to an enduring friendship. When Caroline planned an annual tour to England and Charles and her husband could not accompany her, she asked Fran to go. With her family’s encouragement, Fran went and had the time of her life, introducing Caroline to British friends. You’ll find Fran mentioned in the acknowledgements to one or more Todd books.

Charles called Fran to tell her about his mother’s passing. By the end of our Palmetto Chapter meeting that day, Fran and I made the sad announcement to the group.

For our chapter members, it was a personal loss. At the 2021 Zoom conference, Mystery in the Midlands, co-sponsored by our chapter and the Southeast Chapter of Mystery Writers of America, Caroline appeared along with Laurie R. King and Lori Rader Day to talk about historical mysteries. Several years ago, Charles and Caroline came to Columbia on a book tour and were interviewed by former National Sisters in Crime President Cathy Pickens at a chapter meeting. A founding chapter member, Raegan Teller, hosted them in her home. We made them honorary Palmetto Chapter members.

On another occasion when Charles and Caroline came to Columbia, we arranged a dinner for them at a private club that prepared individual menus for us. Caroline suggested that we all autograph the menus to keep as mementos. It was a custom she and Charles had begun at other events. My menu is a special remembrance of that day.


At that dinner, Caroline mentioned growing up in North Carolina. She always ordered sweet tea when traveling in the south because she could not get it in Delaware. She really enjoyed the lovely sweetness of the tea we had that day.

I will always be grateful for her kind gentleness and skillful storytelling. Thank you to Charles and their family for sharing her with us. I raise a glass of sweet tea to toast her beautiful, well-lived life.

What a lovely remembrance, Paula. Hugs on your personal loss, and on the loss to the writing community.

A true loss to the crime novel community. Charles and Caroline cooperated on so many fine novels!

What a lovely remembrance. Thanks for sharing this, Paula.

Paula,
A beautiful tribute to a lovely and talented lady. Caroline will be missed by fans and those in the mystery book world.

A wonderful tribute. Thank you, Paula.

Thank you to everyone who stopped by today. Please let's keep the Todd family in our thoughts.

Caroline Todd was a lovely and gracious women. I felt so privileged to have met her.