What Happens Next? by Connie Berry 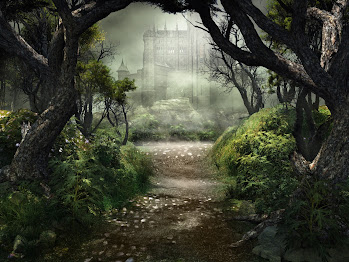 Obviously, authors want readers to ask, “What happens next?” We want them to keep turning pages. But the story isn’t the plot—or at least it isn’t only the plot.

In Wired for Story: The Writer’s Guide to Using Brain Science to Hook Readers from the Very First Sentence (Ten Speed Press, 2012), author Lisa Cron says, “Contrary to what many people think, a story is not just something that happens. If that were true, we could all cancel the cable, lug our Barcaloungers onto the front lawn, and be utterly entertained, 24/7, just watching the world go by.”

So true. Stories are not really about what happens next but about why that event happens, who it happens to, and how it affects and changes the characters who populate the story world. And that’s not all. The links between events are seldom linear. Complications ensue. Faulty evidence leads to dead ends. Errors in judgment create disasters. Lies send the protagonist off in the wrong direction.

This month I’ve been thinking about a new story, a book I hope I will be writing this year. The bare bones of plot is only a beginning, a framework. The real story happens when things go wrong—when people get it wrong and must pay the price.

As my new story takes shape over the next few months, the questions I need to be asking aren’t so much what or even what happens next but who and why?

Why do you read books? Plot? Characters? Themes? A combination?

I read for the characters, though a good plot helps, too. And setting. And learning about an occupation like rebuilding a deck (guess what's going on at my house this week?)

This is important information for storytellers, including writers. The stories I like best go way beyond the inciting incident in all directions - settings, situations, characters, and sometimes just silliness - and all those directions enrich the answer to "what happens next?"

I love a twisted plot that surprises me, but there are some series I return to over and over again because I enjoy the characters. If I get both in one story - heaven!

Well said. I read for plot first, characters second. I want twists and turns at every page, but I want the characters to respond in true to life ways that let me root for them.

I tend to like character-driven stories, but the characters have to be engaged in intriguing activities, rather than just existing.