SECRETS TO A “BIG FIVE” PUBLISHING DEAL by Korina Moss 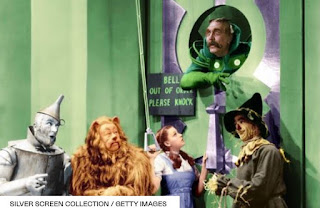 Many writers who want to be traditionally published dream of a BIG contract with a BIG advance at a BIG house. The “Big Five,” as they’re known, include Macmillan, HarperCollins, Hachette, Penguin Random House, and Simon and Schuster. (This is soon to become the “Big Four” with Penguin Random House set to buy Simon and Schuster.) My three-book deal is with Macmillan, so let me share the secret to getting your own “Big Five” contract.

The secret is that there is no secret. Unfortunately, there’s also no checklist to follow and no guarantees. If you speak with fifty traditionally published authors, you will probably get fifty different stories of their path to publication. However, some portions of our stories overlap, from which you may glean some helpful insight. To that end, here’s my story.

I’d been working on my mystery book for a while (read: years) when I attended a cozy mystery authors chat/book signing at a local library. The authors were interesting and informative, and because they indulged my incessant questioning, I was able to revise my book with a better focus toward the genre. I also realized how important it was to connect with other mystery writers, especially ones who are where you aspire to be. By joining Sisters in Crime and finding authors on Facebook, I stepped a little further into the self-dubbed circle of knowledge.

My first lesson learned: The act of writing is a solitary endeavor, but being a writer is not. You need a community, and lucky for us, the mystery writing community is very encouraging and supportive. When I started writing back in the nineties (or the “olden days” as my teenager likes to call it), there was very little access to information about the publishing world. There were some books and magazines, but basically it was like being Dorothy in this strange land of Oz with the publishing business playing the role of the Wizard. It was a scary unknown entity which remained firmly behind the curtain.

Nowadays, the internet affords us blogs (like Writers Who Kill), podcasts, Facebook groups, agent twitter accounts, etc. which help us to pull back the curtain and see there’s nothing magical behind it—there are real people doing their own difficult jobs. Writing is creative, but publishing is a business. The more access we have to publishers, editors, agents, and published authors, the more we can understand what it takes to get published. I began to realize I had dozens of mentors at my fingertips. Getting published shifted from a dream to a goal.

When I was at a crossroads and had to decide between pursuing a writing career or taking a more assured path in another field, one of my newfound published author friends suggested I hire a freelance editor to read my manuscript. On the spectrum of rejection letters, I had gotten several “good” rejections, meaning agents asked to read the entire manuscript or even asked me to revise and resubmit, but ultimately still passed. I no longer could tell if my story was being improved by all my revisions. So I took my friend’s advice and hired a highly recommended editor. Hiring a good editor does not come cheap (nor should it for their expertise and the time they put into our manuscripts). This was an investment in myself. The developmental edit would reveal how close or how far I was to having a manuscript that an agent would say yes to. It would also be my deciding factor in whether attempting a writing career would be the risk I take or not.

The editor’s feedback was akin to taking a private master class in mystery writing. She also told me everything I did right and was extremely encouraging about my work. It was exactly what I needed to go forth with renewed energy and confidence. I worked hard to fix the issues in the manuscript that she’d pointed out and I confidently submitted it to three more agents. Much to my disappointment, it still came back with rejections. This time, however, I was confident in my work, so instead of tinkering with the manuscript again, I decided to take a different approach to how I would query agents. And that made all the difference.

In next month’s blog post, I’ll continue my path to publication story, and tell you about my success at pitching to agents and the whirlwind weeks that ensued.

Shout-outs go to members of “my community” mentioned in this post:

The freelance editor mentioned who is also an award-winning short story writer:

The authors mentioned who were so helpful to me early on:

The library mentioned, which is one of my favorites:

Having a helping community isn’t writing specific. Is there any person or organization you’d like to give a shout-out to who has helped you reach your goals?

What a fascinating post, Korina! Can't wait to read more of your story next time. I agree that community is so very important. I owe a debt of gratitude to Sisters in Crime and also to fellow mystery writer Naomi Hirahara.

Thanks for your blog, Korina. I found Midwest Writers Workshop at Ball State in Muncie invaluable as a newbie starting out.

Too many people/organizations to mention them all, so I'll just shout out my first critique group: The Cincinnati Writers Project. Without them, I never would have succeeded.

The support of the mystery writing community is so important. Thanks for sharing your journey with us.

LOL, Tammy! Keep an eye out in July. And I hope it helps!

I'm so happy I was able to play a role in your journey, Korina. I still believe in that manuscript of yours that hasn't sold--yet! I've read many manuscripts over the years, and that book is certainly worthy of publication.

As to my journey, I would not be a published author or make my living as a freelance editor if it weren't for the Chesapeake Chapter of Sisters in Crime. My first published short story was in an anthology open to chapter members. It was nominated for the Agatha Award, and that gave me the confidence to keep going. And the friends who encouraged me to open my own business, who had seen my editing (of Chesapeake Crimes anthologies) and convinced me I could make a living at this, were all in my chapter: Donna Andrews, Karen Cantwell, and Sherry Harris. I raise a toast of thanks to them.

I love this thread of appreciation!

Running late, but I wanted to post a response: you nailed it. I don't think any of us would succeed without the networking and support from other authors, friends, and family.