Answering the Call by K.M. Rockwood

Short stories are a favorite of mine. I love to read them, and I love to write them.

Sometimes a story jumps out at me from apparently nowhere, and I sit down at the computer to dash it off, often feverishly, as it plays in my mind. Then I need to find it a home.

More frequently, though, my stories are inspired by a submission call from a themed anthology or periodical.

My first paying short story (not that it paid much) was “The Bridge,” written for and accepted by the periodical Thema in an issue featuring unanticipated events. 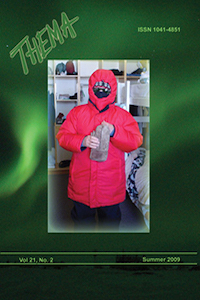 Most anthologies and periodicals issuing calls for themed short stories pay very little, if anything. That’s not because they don’t want to, or are trying to take advantage of authors, but because they can’t afford to. These aren’t great money-makers. When I submit a story, it’s for the same reason the publisher and the editor is doing this—a labor of love. And the possibility of achieving the thrill of seeing my work presented to a larger audience.

Submission calls can be fairly general or very specific in their requirements. It should go without saying that the instructions should be carefully followed, but some people don’t realize the guidelines apply to them, too.

We have all met occasional would-be authors who are sure their writing is so brilliant that it rises above conventions and will be accepted regardless of whether it meets the criteria or not. While sometimes a norm-breaking author does achieve fame and success, that’s unlikely to be the case here. The initial screener probably won’t see beyond the failure to follow the guidelines, and no one may even bother to read the submission.

In some cases, submission is open only to a specific membership and is intended to showcase the work of these authors. Sometimes the criteria otherwise limits who can submit, which is spelled out in the guidelines. If the call is seeking only works by Canadian women, anyone else will be wasting not only the editor’s time, but also their own, if they write and submit a story. The limitations on the authors can be geographical, within a certain age range, or by other characteristics. I’ve seen an announcement that calls for only those with neurodiversity.

The criteria for thematic consideration can be broad or narrow. I recently submitted a story that called for a first-person POV of someone sentenced to execution for crimes. Other times it’s fairly broad—animals, holidays, foods.

An editor is probably seeking a variety of stories within the defined category, so submitting an entry with an unusual twist on the theme is more likely to get a nod. If the theme is animals, there will be plenty of dog stories, and several may be chosen. But a story about a platypus or a lemur could be unique. When one anthology called for stories about conventions, I successfully offered one where the protagonist was a housekeeper in the convention hotel.

Length is crucial. The editor already has in mind an approximate length and a target number of stories. Some want flash fiction. Others will consider stories that approach novella status. The word count is spelled out in the guidelines.

Where do I find submission calls? The most frequent source is The Short Mystery Fiction Society Blog, where dedicated volunteers maintain market lists, including one for anthologies which have issued a submission call. I am also a dues-paying member of several writers’ organizations, like SinC’s Guppies, that periodically organize an anthology. And several conferences, like Bouchercon, Malice Domestic and Crime Bake, often publish anthologies.

My story “Dead on the Beach,” in which a mourning sister seeks the truth about her brother’s death on a Cape Cod Beach on a cold winter’s night, is included in Judy Penz Sheluk’s anthology Moonlight and Misadventure which will be released on June 18. 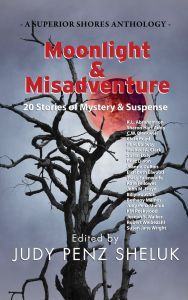 The next Chesapeake Crimes anthology, which has a Magic theme, will have “Pyewackett,” the tale of a witch’s familiar who takes the form of a cat looking for a new mistress. When he finds her, he devotes himself to helping her sort out her love life.

Writing and submitting to themed anthologies and periodicals may not be lucrative, but it’s a fun way to work on the craft of writing, and rewarding to see a story in print.

Read “The Bridge” free at: https://kmrockwood.com/thebridge.php

More information and preorders for Moonlight and Misadventure: https://www.amazon.com/gp/product/B094DT4366

Congratulations on your most recent successes, KM. My first publication credit was a short essay and the next a short story. Published novels came only years later.

Short stories got my foot in the fiction door.

Love this, KM. I also subscribe to Duotrope. They offer up a list of anthologies and their themes and deadlines in their weekly newsletter. Keep writing. I’m looking forward to reading Dead on the Beach when Moonlight releases!

Having been in several themed anthologies with you and read your stories in many more, I know that this has been a wonderful way for me to get in the door and a delightful read awaiting me whenever I see your name as an author in any anthology.

Congratulations, KM. I began with short stories, but not mysteries. Sounds like you are one busy writer!

Congratulations on your recent acceptances! I always enjoy reading your stories.

My critique group partners were writing short stories, so I wrote one, too, and KRL accepted it. I usually take two months to write or edit a batch of stories.

Thanks for mentioning Moonlight & Misadventure. I loved your story Dead on the Beach! And I, too, got my start in THEMA many years ago. How cool is that?

I always enjoy reading your short stories. Thank you, Kathleen, for the interesting information about short stories and resources for finding where to submit them.

Jim, you've published a lot since then. I always enjoy your work.

Annette, you've also published quite a bit. I ordered your latest work on Kindle, but the blasted thing isn't working right, so I have to wait until I get one of my more electronically-grounded daughters to see if they can't find it.

Kait, Duotrope is a wonderful resource. It's gotten more complicated since the last time I used it.

Debra, yours is a name I love to see on anthologies! I always know I'm in for a good read.

Susan, I've had a lot of personal & health issues over the last few years, and have tried to keep my hand in with short stories. I hope soon to be able to really dive into my writing in a way I have not been able to for a while (How's that for using prepositions?)

Margaret, I look forward to reading your story in KRL. That publication has a wonderful, supportive staff (and cats.)

Judy it was a pleasure to work with you. Thanks for all your help.

Congrats, KM, on all your success! I like dabbling in writing short stories for fun and to improve on craft, but I'm definitely in awe of those who can create *amazing* short stories. It's truly a talent!

I'm hooked on them, too, KM. I love when I theme is presented. It's a challenge to me to get it right, if I ever do. My next short is in The Fish That Got Away, which is now available in paperback on Amazon, but will be available next week on Kindle.

Jennifer, short stories are all about having fun with your writing.

Congratulations on the coming publication, E.B. I'm looking forward to that anthology.