Have you ever heard of a mystery series being published three times?

The first mystery series I wrote, beginning in 2011, is called the Endurance Mysteries. Five Star Publishing picked up the first two books in the series, Three May Keep a Secret and Marry in Haste. I was thrilled.

Then they dropped their mystery line.

I don’t think I was responsible for this ship sinking, but I was determined to finish a trilogy. So I self-published the third book, Death Takes No Bribes. Although I’ve gone on to other endeavors, this series about the small town of Endurance remains close to my heart.

So, the second time. The second round for this series began after Five Star reverted my rights. Now I could publish the series myself. I hired the creative Karen Phillips of Phillips Covers to design new covers and format the three books. I love her covers, and the books continue to sell well.

Harlequin Worldwide Mystery picked the series to republish and send out to their book club members. Their version is a mass market paperback, which means it easily fits into a purse. Three May Keep a Secret and Marry in Haste are already out, and Death Takes No Bribes will be launched October 1, 2021. Until now, no one has seen the new cover for Death Takes No Bribes, so here it is. (Drum roll) 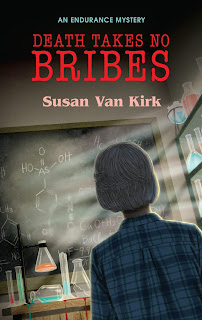 I’m an inquisitive person, always asking questions. This drives my children crazy. But, in this case I wanted to find out about the person who designed these Harlequin covers. So I investigated.

The cover artist is a young man I’ve not met, but we’ve emailed, and I’ve thanked him for his wonderful work. I’d like to tell you a bit about him because I’m in awe that a NYC illustrator with his amazing career designed the covers for a mystery writer from a small town in Illinois. 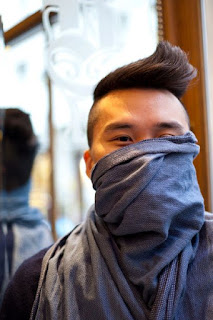 His name is Jason Raish, and he was born in Seoul, South Korea but came to the United States at the age of three. Raised in upstate New York, he studied Fine Arts at SUNY Albany, then abroad at Yonsei University in Seoul, South Korea. An additional four years of study at the Fashion Institute of Technology brought him a greater understanding of illustration.

After seven years in New York City, he moved to Beijing in 2008 and began a six-year adventure in Beijing, Seoul, London, Tokyo, Barcelona, and Paris. Now he is settled back in New York City in Brooklyn doing freelance work and teaching. A few of his clients include the New York Times, Wall Street Journal, The Times, Washington Post, Boston Globe, Nike, MTA, Le Parisien, The Smithsonian, General Electric, American Lawyer Media, and the Chicago Tribune.

That’s a short list. I’m surprised he could fit my little book cover in.

He currently works as a freelance illustrator for magazines, newspapers, books, visual development, character design, and advertising. You’ve probably seen some of his work without realizing he was the illustrator.

In his spare time, Jason brews beer, tends a rooftop vegetable garden, cooks dishes from all the world, and listens to his musical love—jazz.

He’s received awards from The Society of Illustrators NY and LA, Communication Arts, American Illustration, 3x3, and Spectrum. Last year, he was given a dream job. Jason was one of three artists chosen for 2020 to illustrate art cards for the Metropolitan Transit Authority in New York City. You can see his illustrations on his website: https://jasonraish.com/

Three times has been a charm. I love these covers, and I’m honored beyond belief to think that this young man illustrated my books. Thank you, Jason.

What a great journey! The cover is fabulous and Jason sounds amazing. The perfect person to have on your team.

Thank you, Annette, Kait, and Jim. It is amazing how people come into your life totally at random and make a huge difference. I am thankful Harlequin hired this young man from the East Coast to bring new readers to my series via his rich illustrations.

What a great story! And I'm wondering if you hold a unique place in publishing history--having your series published three separate times.
It's a great series! Congratulations!

Thanks, Connie. I’m working on a fourth book now.

What a great story! And I love your covers.

Fascinating! I've always wondered about book cover artists. You're lucky to have Jason on your team.

Thanks, KM and Margaret. Sheer luck is right.

Thanks, Susan, for letting us know that there is lots of life still in a series. And good for you, shining a light on your cover designer.

What a wonderful , inspiring story. Jason’s work is fabulous. So happy for you!

Thanks, Grace and Shari.

This is great, thanks for the share. Also, visit our website if you are looking for assistance with your nursing assignment: