Research for the Twenty-First Century Mystery Writer by V.M. Burns

Back in the day when writers like Agatha Christie, Dorothy L. Sayers and Ngaio Marsh were blazing a trail for detective fiction, the world was a very different place. Television and the Internet didn’t exist. Our solar system only had eight planets (well, maybe that’s not the best example), and a writer in Southwest Michigan who was interested in writing about pre-war England, would most likely need to travel across the sea to get the types of details needed for a believable story. Thankfully, things have changed.
Bookmarked for Murder is the fifth book in my Mystery Bookshop Mystery Series which features a 1938 British historic cozy mystery set within a contemporary American mystery. Writing about another era, not to mention another country would have been time consuming and expensive for early fiction writers. Short of having lived through the time period in question, an author would need to plow through stacks of reference books, maps and old photographs. Research might even have included face to face interviews or an actual trip abroad. Could Agatha Christie have written such vivid details about Murder on the Orient Express without first having traveled on the train? Thankfully, modern technology makes it possible for writers to research without leaving the comfort of their homes. A quick search on your favorite web browser can provide pictures, videos, weather reports and unlimited access to mountains of data. Need to know what automobiles were popular in England in 1938? Just ask Siri. Or, if you’re curious about the top headlines for any year, chances are good if Siri doesn’t know, then Alexa just might.
The Internet has its problems, too. Just as in life, you can’t trust everything you see. It’s always a good idea to make sure that important facts can be verified from more than one source. Online libraries and newspapers make finding reliable sources of information much easier. Even though I use the Internet for quite a bit of research, it isn’t my only source. I’ve been fortunate to have traveled to England a couple of times, so I have first-hand knowledge that I’m able to draw upon. I also have pictures, tourist books, and my bookshelves are overflowing with reference books about everything from Winston Churchill to Edward the VIII. Nevertheless, I’m also very thankful to live in a time where there is such a vast amount of information at my fingertips. After all, we can’t all afford the time or expense to take a trip to Istanbul simply to write a mystery. 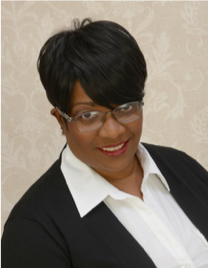 V.M. (Valerie) Burns was born in Northwestern Indiana and spent many years in Southwestern Michigan on the Lake Michigan shoreline. She is a lover of dogs, British historic cozies, and scones with clotted cream. After many years in the Midwest she went in search of milder winters and currently lives in Eastern Tennessee with her poodles. Her debut novel, The Plot is Murder was nominated for a 2017 Agatha Award for Best First Novel. Valerie is a member of Mystery Writers of America, Dog Writers of America, Crime Writers of Color, International Thriller Writers, and Sisters in Crime. Readers can learn more by visiting her website at vmburns.com.
Posted by E. B. Davis at 12:00 AM

Research is so much easier than it used to be, when you had to go libraries and dig. But you're right--internet sources must be vetted. I really like it when I can find video of what I'm researching. It help me see and hear the environment I'm using.

I can get carried away by research, Valerie. What happens is that I find out interesting facts. So then, I want to include them in the mystery--sometimes it fits, but sometimes it doesn't and I find my manuscript going off course. But I like when little known facts about something are revealed in a book--so if the information doesn't bog down the story, I include it. Thanks for blogging with us!

It's so easy to get lost in research these days! The very things that make research possible make it possible to delve deeper and deeper into things that may not be relevant to what we are writing (or, not writing as we spend our time looking up just one more interesting detail.)

When I wrote a story set in a town outside an iron furnace in the Catoctin Mountains just after the Civil War, I had a great time, visiting museums, reading the archives of the local papers, etc, as well as researching on-line. But I still needed to run it by someone who regularly wrote about that time, looking for inconsistencies. Someone who wanted to tip generously would give a nickel, not a quarter. And the train station would have a single lantern lit, even when a train was expected, not enough to illuminate the platform. Which it might or might not have had.