Murder Most Refined: Dispatching victims with panache by Arlene Kay 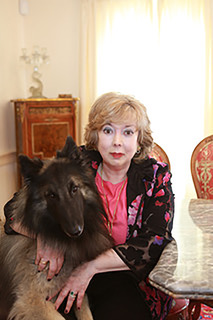 Most traditional or cozy mysteries (think Agatha Christie, Dorothy Sayers or Elizabeth Peters) are character driven and avoid gruesome scenes of torture or the astonishing array of weaponry found in thrillers. Bodies fall of course, but they tend to do so in a genteel fashion with a minimum of gore. Very often, common household items are put to good use by an imaginative murderer. Poisons, said to be a woman’s method, are almost a trope in modern novels, although science continues to provide some intriguing options. Powdered caffeine, for instance, is readily available at health food stores and on-line. A teaspoon of this seemingly innocuous substance can induce a fatal heart attack in an alarmingly short period of time without arousing suspicion.

Similarly, although leaching nicotine from cigarettes is a nasty habit, nicotine can produce deadly effects if it is directly absorbed into the skin. In one of my novels, the murderer mixed liquid nicotine into a conditioning hair pack, applied it to the unwitting victim’s scalp, and returned an hour later to “discover” the corpse. Quel dommage!

These unseemly but essentially bloodless ways of dispatching an antagonist are still within the bounds of both traditional and edgier cozy mysteries. Kitchen knives, dog leashes, fire extinguishers, meat thermometers, and the trusty blunt object are the type of weaponry that any one of us could obtain and use without possessing specialized skills.

In my opinion, the lure of characters with martial arts, sharpshooting, and acrobatic skills is greatly exaggerated and almost beside the point. A gentle rooftop shove achieves the same goal as the artillery used by macho men in more muscular novels. Thus, in cozy mysteries, a villain’s age, gender, or physical limitations are never barriers to committing an almost perfect crime. Dead is dead, as they say.

I believe that the keys to a successful mystery lie in motive and character rather than method. Readers expect the author to furnish clues and craft scenarios that allow them to solve the murder and unmask the killer. Period. No need to pepper the narrative with excruciating detail or dwell on the pain of victims, many of whom tend to be female. For me, the most chilling villains are the ordinary ones. Jemma, the homeroom mom; Joe, the earnest neighbor; or Mary, the syrupy sweet boss; are types familiar to us all. Indeed they may live next door or even WITH you. When the mask of evil is lifted, these mundane killers shake us to our core. Recall that the BTK killer was a cub-scout leader and the president of his church council. Theodore Bundy volunteered at a suicide help line and several “angels of death” served as friendly, sympathetic, hospital nurses.

It thrills me when readers lament that they “really liked” the culprit in one of my novels. That means that I sculpted a believable character with one unfortunate flaw—a willingness to kill. Although murder, that most grievous offense against society must be treated seriously, many readers appreciate novels that substitute a soupcon of wit for blood and vulgarity. Rest assured. Victims will still be avenged and killers caught. Even the most genteel mysteries are still morality plays.

Crime fiction serves up a menu with something for everyone. Whether traditional, police procedural, thriller, or hard-boiled, mysteries continue to delight and intrigue their readers. But for those who prefer murder most refined, nothing beats engaging one’s “little grey cells” to solve the crime 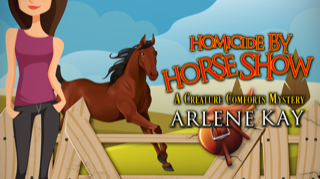 Bio: Former Treasury Executive Arlene Kay renounced her bureaucratic ways in order to craft clever slightly snarky novels of mystery and romantic suspense. She is the published author of nine novels, including the Creature Comforts series for Kensington Publishing. Arlene, a voracious reader and passionate animal advocate, can be reached at https://arlenekay.com.

I too love it when a reader tells me they really liked the killer in one of my books.

What a great article. Sums up nicely all that makes a cozy, cozy.

Love the nicotine in the hair conditioner method.

Nice one. Thanks, Arlene. For one story, I mixed nicotine with a South American plant purchased on line, and, voila, that bad boy be gone.

Enjoyable post. Even though murder is still murder, it's somehow easier for me to read about an odd-ball type of weapon (not dwelled on) instead of a lingering gruesome chain-saw type of massacre. I've mentioned in reviews of a couple of famous author's books that the murderer(s) didn't need to be as horrid as portrayed. No matter how gory Agatha Christie's murders were, I somehow took them lightly. I think it's all in how the author lays it out.

Despite dealing with murder, cozies are just that--cozy! Reads for a dreary afternoon, snuggled in an afghan in front of a fire with a glass of wine. A bit of romance, a dash of snark--and a murder.