Another Bouchercon has come and gone leaving in its wake a lot of wonderful memories. And a lot of exhausted mystery writers—including several of my fellow Writers Who Kill!—and readers.

As is often the case, travel provided the biggest adventure. I try my best to plan ahead for a smooth trip. But you know what they say about the best-laid plans. My travel buddy, Liz Milliron, was supposed to avoid some of the airport traffic by coming to my house, leaving her car in my garage, and driving with me to the valet parking lot. Since I live on the opposite side of Pittsburgh International from the city, I have NO traffic to deal with. The problem is Liz still had to get through the city to get to my house, and we hadn’t planned for the traffic jam created by an accident on the Parkway. Instead of taking no more than an hour to get to my house, it took Liz over two.

Thankfully, we made it to the airport with no other issues, made our flight and expected no additional speedbumps on our way to Dallas.

Then we landed in Houston. As soon as our phones came out of airplane mode, the notification hit. Our 45-minute layover was now an hour and 45 minutes. Our rushed “we’ll grab a sandwich” turned into a leisurely lunch. 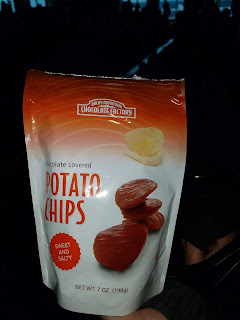 The departure changes bounced back and forth more than a pinball until we finally boarded our flight two hours late. 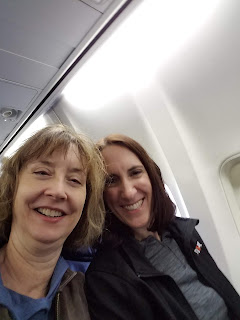 By the time we checked in, we were too exhausted to go out for dinner or to meet friends in the lobby. 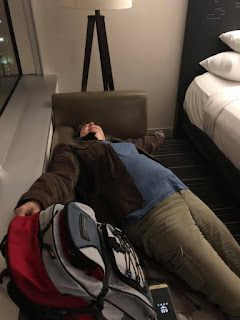 At least our hotel room was gorgeous and room service didn’t take too long. 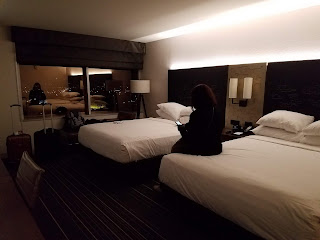 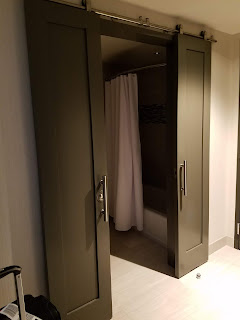 Wednesday, Liz joined Dru Ann Love on a bus tour of the city while I went for a very chilly walk with my Pittsburgh sister in crime, Susan Thibadeau. It was too darned cold to wander as far or as long as we’d have liked, but we enjoyed seeing a few sights. 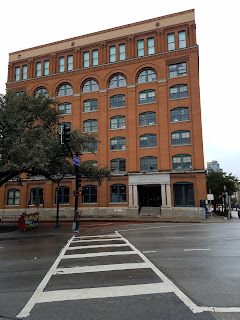 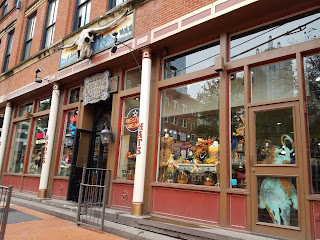 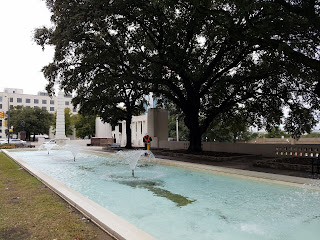 Bouchercon kicked off on Thursday with Susan’s panel and a rousing game of Who Wants to be a Mysteryaire with the gang from Jungle Red Writers. Lots of fun and laughs. 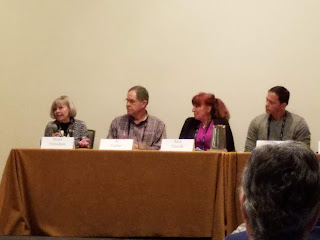 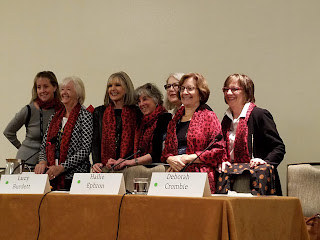 Later, in the lobby, I ran into a fan of my Zoe Chambers series, Cheryl Aker, who generously gifted me with a pair of wooden squirrels she’d made herself! 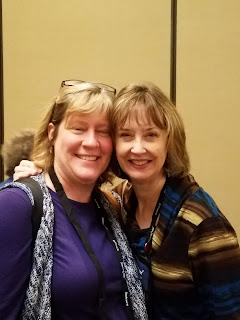 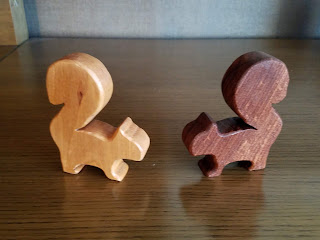 (If you’re asking, “Squirrels?” it’s a “thing” over on my Zoe Chambers Mysteries &Friends group on Facebook.) Sweetest moment of the entire convention for me!

Friday, I cheered on my former Pittsburgh mister in crime J.J. Hensley on his panel (come back, J.J.! I know Georgia is warmer, but we miss you!). 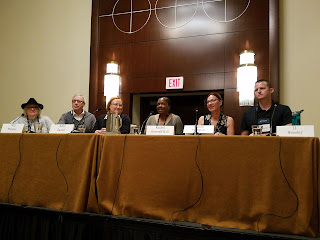 I also attended the first of the Poison Lady’s presentations. I always leave her workshops feeling…unnerved…but fascinated.

Saturday, I bravely attended the Poison Lady’s second presentation. The Q & A was as frightening as the workshop, with attendees eagerly asking about ways to slip toxic substances to people I can only hope were fictional victims in their books!

Lisa Unger interviewed Guest of Honor Hank Phillippi Ryan in one of my favorite events of the convention. I’ve known Hank for years and have heard her speak many many many times and STILL managed to learn a few fascinating tidbits about her. 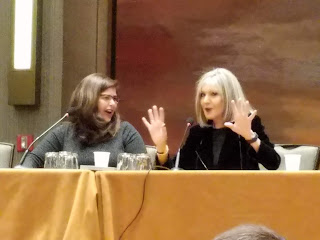 That evening, I got to spend time with two of my favorite people, my former editor Rachel Jackson and my former (and current freelance) editor, Erin George. It was wonderful catching up with them in person! 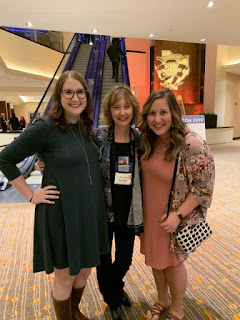 Sunday morning, after rising early to pack and check out, I had my panel about the careers of fictional sleuths. Our crowd was small to start, although it grew considerably as bleary-eyed attendees, clutching coffee, wandered in. 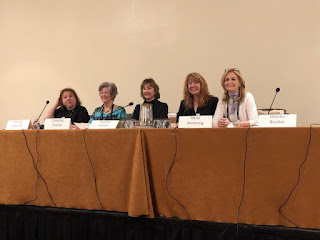 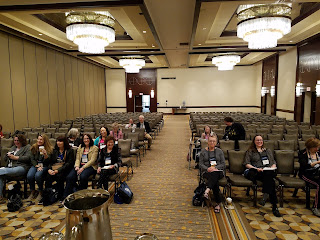 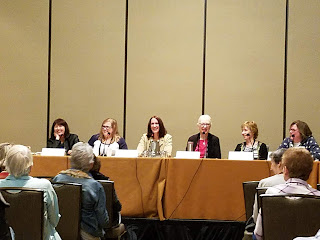 As soon as she finished her book signing, we grabbed a Lyft to the airport…where we had another delay. Thankfully only one hour this time.

I’m glad I went. It was wonderful seeing old friends and making new ones. We shared a lot of laughs and a few drinks—both alcoholic and caffeinated.

It was great seeing you at Bouchercon, Annette, along with WWK members Paula Benson, Kaye George, Connie Berry, and Debra Goldstein. And former WWK member, Julie Tollefson. I was one of those bleary-eyed people who were at your panel, which was a lot of fun. My flight adventures included a five-hour wait at the airport for my flight (i got there way too early). Southwest offered passengers on my flight $900 and a free flight if anyone would take a later flight. If I wasn't so tired and my husband wouldn't have had to pick me up at Reagan National Airport after midnight, I might have taken them up on the offer.

Oh, and I missed mentioning Shari Randall, who was also at Bouchercon. WWK was nicely represented. There were so many people there that if you didn't say hello to someone you know when you first saw them, you might not cross paths again.

Glad everyone had a great time! Great pictures.

I went to two Bouchercons, and look forward to the time when I can go to another.

It was great seeing you, Grace, and all the Writers Who Kill. You're right. We were nicely represented! Too bad we were all heading in different directions. It would have been nice to get a group photo.

Kathleen, I hope you get to attend one soon!

Annette, I really enjoyed your panel on Sunday morning, too. Grace is right. We had to speak when we saw each other. Everything was so fast and furious, there wasn't always a second chance. So glad to see you, Grace, Debra, Kaye, Shari, and Connie (who I think I only passed once!).

Loved having a panel with you and glad to see your trip home was less eventful! I know you were on a tight schedule. Hope to see you in Sacramento!

Paula, it's always great to see you! And I'm glad you enjoyed our bleary-eyed panel. I actually spent more time chatting with Connie at the airport when we bumped into each other on our way to our gates!

Thanks so much, Michele! You did a great job of moderating!