Image by Bailey Zindel from Upsplash 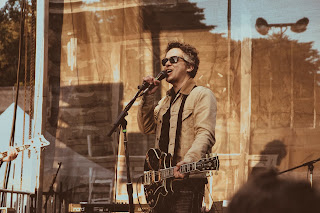 I woke up this morning and I was seventy years old. And not for the first time.

I was seventy when I woke up two and a half months ago. I still am. My ninety-five-year-old mother and I were talking the other day. She said, “It’s hard to believe you’re seventy.” I replied, “Tell me about it.”
Seventy is an interesting age. It has some unexpected twists. For example, I am one of those men who is not attracted to girls. No, not what you’re thinking. I’m not attracted to boys or men either. I’m not knocking that. It just doesn’t apply to me. I am attracted to women. I am now old enough that some of the women I’m attracted to are young enough to be my daughters. If I had any daughters. Which I don’t. Or my nieces. I have nieces. They are very pretty. We won’t get into that.
I’m seventy mostly because I have not died yet. I came pretty close three times, but it didn’t take. It might be genetics. My father flat-lined three times before was completely and sincerely death. After he flat-lined, I asked him if he saw a bright light and angels telling him he wasn’t ready to stop living yet. He said he didn’t see anything.  He sounded disappointed.
Some people my age are old. They putter around. The highlight of their week is gardening, playing golf or playing bridge. They watch the evening news and get upset about young people. They do fewer and fewer things with fewer and fewer people. They dry up and contract like a sponge. I do not want to be a sponge.
When I turned sixty-five I started taking voice lessons. That was a great decision. Singing is one of a quite limited number of things I continue to improve at. Now that I am seventy, I need to add something to that list. I don’t know yet what it will be. When I find out, I’ll let you know.
Posted by Warren Bull at 12:00 AM

Happy Birthday to you! May it be a year of adventures.

Good for you, Warren. I look forward to hearing about all you are learning and accomplishing.

You're right, Warren. Learning and doing new things gives old age the slip. People who stop engaging in life, getting marred in the past, lose. Happy Birthday! Glad to hear you come from a tenacious bunch.

Congratulations, Warren, on making it to seventy. I sadly think of my friends and school mates who didn't make it to seventy. You have an advantage over most people over seventy--you are active and doing things that interest you. Doing that will keep you feeling like you are still fifty. Go for every new adventure.

Rock on, Warren! I suggest skydiving. It's fun and the complete definition of freedom. Okay, the first step can be, well, different, but it makes the next step on terra firma that much sweeter. Give it a go. You will love it. Frankly, singing scares me more than the open hatch of an airplane! Age is a mind game. You and your mother will probably agree. Living in snowbird country as I do, I have noticed that the old ones have turned inward while the young ones are still seeking new experiences and fun. We know where you fit on the continuum.

Warren, you're not that old. I'm eighty now and still quite active. You've got a lot of years yet to live and enjoy life and finding new things to do. I still find new things to do in addition to caring for my barn critters. I belong to two book clubs which I totally enjoy. It's so nice to be able to read books and discuss them with others. I had to stop delivering Mobile Meals when I wrecked my car, but now that I have another one as soon as it stops snowing I'm going to start delivering them again. We've been getting an awful lot of snow and no sign of it stopping anytime soon, either. I like to sing, too, but I only do it at church or at home on my own.

Can't wait to hear what you'll try next!