The words “New York in wartime” are so evocative, and I live just a few miles from one of the places it evokes.  In fact, the opening moments of the musical “On the Town,” a story of sailors in the city in 1944, shows a line of sleepy workers at the gate, waiting for their workday to begin.

It is the Brooklyn Navy Yard. The battleship Arizona, where the war began for Americans, and the Missouri, where it ended, were both built there.  During the war it ran around the clock, every day, employing 70,000 people including women doing what had been men’s work. Eighteen years later it was closed, a victim of new forces too big to fight.

My research confirmed that it would be a great background for the fourth book in my mystery series about Brooklyn. The hard part would be choosing which stories to tell. In the end, I had three.

The frame is the rapidly changing, reborn Navy Yard. In fact, it is changing so quickly it has already passed what I wrote. Erica Donato, historian in training and my series heroine, goes to a community meeting about plans for the new Navy Yard and, exploring the historic grounds, witnesses a murder. 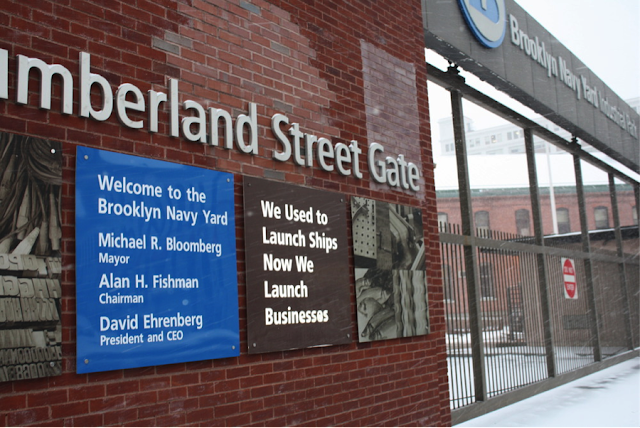 The main plot is built around the huge conflict of the Yard’s closing.  Lifer employees, unions, congressmen, the Secretary of Defense – they were barely even speaking the same language on that heated issue. The murdered man, a speaker at the meeting, had plenty of enemies including ex-wives, but someone chose to shoot him at the Navy Yard. Who? And why? Blind chance – he was alone, it was dark?  Or more?

The third plot takes another step back, to those busy years of World War II.  Lives were changed by the war, and not just on the battlefields. Erica’s fearsome mother-in -law, learning Erica is researching the Yard, suddenly shares a bit of family history. A young aunt from an old Navy Yard family had battled her parents to work there, had loved it and then seemed unhappy ever after. The mother–in–law demands that Erica find out what happened to her. 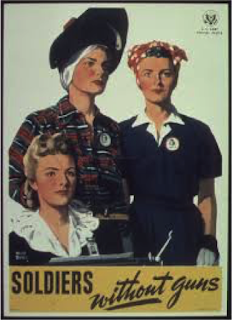 That task arrives on top of her advisor demanding she finish her long-delayed dissertation, her daughter demanding they plan a sixteenth birthday party, and recurrent dreams of a man being shot.

How she deals with it all became the story of Brooklyn Wars.

BIO: Triss Stein grew up in northernmost NY state but has spent most of her adult life in Brooklyn. This gives her a useful double perspective for writing mysteries about the neighborhoods of her constantly changing adopted home. In the new book, Brooklyn Wars, her heroine Erica Donato witnesses a murder at the famous Brooklyn Navy Yard and finds herself drawn deep into both old and current conflicts.

Triss - sounds like a very interesting interweaving of the three plot lines. Wishing you all the best with Brooklyn Wars.

I've enjoyed your other books and look forward to reading this one. I love learning about local history by reading fiction.

Now I want to rewatch On the Town so I can see the Navy Yard. Best wishes with your new book!

A very interesting plot. It sounds like a very good book.

I grew up in the area--uncles worked for the Navy Yard. And union activists. It'll be interesting to read about that place and time.

Thanks, Triss, for stopping by Writers Who Kill. Your book really sounds intriguing.

My deep apologies for no responding sooner. I got caught up in family matters. Thanks to everyone for commenting. KM, I wish I'd "met" you sooner so we could have talked about the Navy Yard! GRACE and WARREN, thank you for the encouragement. MARGARET, I am glad you read the earlier books and even more glad you enjoyed them. SHARI I'm not sure what they show in the movie of On the Town - I saw it on stage. The movie leaves out a lot of the best show music but the dancing is great