THE RIVER OF DOUBT 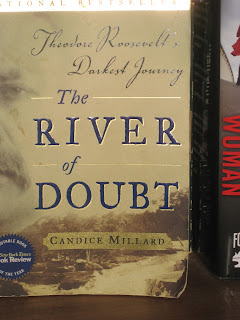 Last week my Third Thursday Book Club got together to discuss the book The River of Doubt a true story by Candice Millard about Theodore Roosevelt’s dangerous trip down a river in the Amazon forest with his son Kermit and others. I had read the book five or six years ago, and last December when the book club met at my house to pick books for the following year, it was one of the books I picked for nonfiction. We’re not a large book club, but usually we have more than the five of us who showed up that day. One was not able to find a copy, another had read it years ago like I did. Although I reread it, she didn’t but as those of us who had discussed it, she remembered parts of it, too. Those of us who read it were glad we did and all agreed it was a page turner. 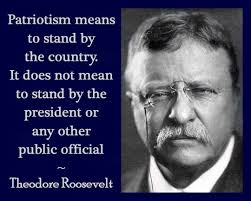 Quite a few years ago I had read T R The Last Romantic by H.W. Brands so I knew what an amazing and adventurous person he was. He was a war hero who led the Rough Riders up San Juan Hill during the Spanish American War. There were so many other brave adventures he took on.


I remember seeing a reenactment of Theodore Roosevelt and John Muir at a local theater. He loved the out-of-doors and nature and like John Muir wanted to protect it. He loved people and the people loved him. 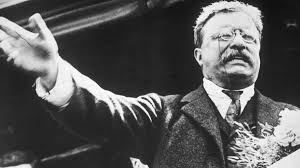 When he lost a second term as president in 1912, he became depressed and decided to take on a new adventure which was to explore and unmapped river never before explored in the Amazon forest that led to the Amazon River. Once he and those who went with him including Brazil’s most famous explorer, Candido Mariano da Silva Rondon who became a dual leader with Roosevelt. As dual leaders they mostly got along although they had different outlooks which created problems at times, 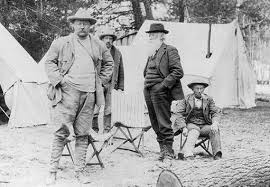 There were so many problems even from the beginning. The two men who Roosevelt trusted to put together the supplies they would need failed miserably. Native Indians with arrows that had poison arrow heads were watching from the forest. They had to make difficult portages around deep and fast rapids and waterfalls. They endured many diseases and starvation because even though they had guns to hunt mammals for food, the animals and birds were camouflaged by the thick forest. And all the while they worried about the natives because they could hear them and see their trails when they had to portage the canoes and dugouts around the dangerous parts of the river. They ran out of food. There were poisonous snakes like coral and anacondas who are not poisonous but quite large, and alligators, as well as dangerous fish in the river. 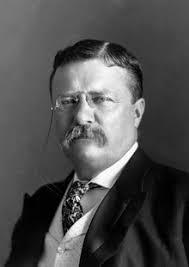 The book reads like a thriller, and even though I knew how it ended, I found it hard to put down not only because of all the dangers they faced and lived through, but the character of Theodore Roosevelt himself. It’s no wonder that in the year it was published it was picked as the best book of the year by New York Times Book Review, Washington Post Book World, San Francisco Chronicle, Christian Science Monitor, U.S.A. Today, Kansas City Star.


Washington Post wrote “A fine account . . . There are far too many books in which a travel writer follows in the footsteps of his or her hero – and there are far too few books like this, in which an author who has spent time and energy ferreting out material from archival sources weaves it into a gripping tale.”


Yes, it was a gripping tale even when I read it a second time and those in my book club who read it agreed it was one they had trouble putting down.


Have you read The River of Doubt or other books about Theodore Roosevelt?

I haven't read that, Gloria, but your review has made me decide to look it up.

Our ideas about preserving nature have evolved since Roosevelt's time, but what we put into action certainly hasn't!

I love the quote you give us--it's particularly relevant in these trying times.

A good read for our current troubling times. Thanks, Gloria.

Thanks for your review of this book. You certainly made it sound very exciting even though I rarely read non-fiction regarding any political figure. I very much appreciated the photo and quote. -- Laurie

KM, I think you will enjoy it. It starts out a little slow, but then turns into a page turner.

Margaret I hope you do read it.

Laura, Theodore Roosevelt was an amazing person. You might actually enjoy this.

This is definitely going on my TBR and I know my husband (who loves history) will eat it up.
What an inspiring and timely quote, too! Thank you, Gloria.

TR is one of my heroes. He wanted to simplify spelling in English.

Thanks for the review and your recommendation. Theodore Roosevelt certainly sounded like an interesting person--and president. The one thing I remember reading about him was how his children were all over the White House like a playground.

Shari, I know you'll enjoy it as will your husband.

Warren, if he's one of your heroes you'll certainly enjoy this book.

Grace, I don't remember hearing that about his children, but it was probably true.
He loved his kids. I know Abraham Lincoln's children were, too.