Why I Hate Some People by E. B. Davis


In a blog I wrote last month, I mentioned that I had twisted my ankle after falling into a two-foot deep hole on the beach someone had failed to fill in while I scanned the waves for a drowning tourist. After a month, I was on the mend. Then, the knee above that ankle started giving me nasty pings. Knowing the knee connected by bones and ligaments to the ankle, I figured some of the impact I incurred in the original injury might have affected my knee. Also, in my body’s attempt to get rid of the ankle inflammation that fluid might had traveled up to the next joint—my knee.  After all, I had been walking strangely for a month until the ankle mended. So, I waited it out. At the beginning of August, I again was on the mend. I was planning on getting back to the gym. And then— 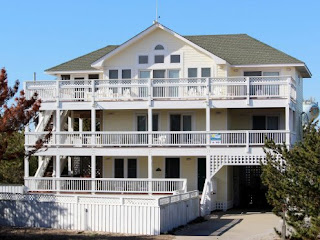 I was cleaning a spa located on a deck at a vacation house. As I walked down from the deck two dogs accosted me. The owner, the renter, was nearby. The dogs were aggressive, barking and growling. I said to the owner, “Sir, could you get hold of your dogs?” He didn’t react. He stood there looking at me as his dogs continued to bark and snarl. No tails wagged. It wasn’t until I again reiterated my request as more of a demand that he finally took hold of the dogs’ collars and took them into the house. He could clearly see I was frightened.

I like dogs. I have dog friends, Dinty, a Chocolate Lab, and Berry, a Goldendoodle. There’s a dog on our spa and pool route, Lilah, a Golden Lab, who I love. Oscar, the pit bull who is owned by the Deputy Sheriff living in my neighborhood, stops by when they go on walks. They are friendly dogs I know or have gotten to know since they are well behaved. But I’ve also had bad experiences with dogs I don’t know and who don’t know me. I’m not paranoid, but I am cautious—with good reason. Most dogs protect their territory and owners. It’s instinct. Why don’t some dog owners know and understand this?

The renters were staying for two weeks requiring us to return to the house to service their spa and pool. I thought if we went early, we might avoid the dogs. We arrived at the house, but kept our car in a common area beyond the rental house’s driveway. After we got out our equipment and as soon as we walked toward the house, the owner let the dogs out (with a clap of his hands). The dogs charged us. My husband’s response was to fight—he went toward them and made threatening motions. My reaction—flight—I opened my car door and dove in. As soon as the owner got our reaction, the dogs were called back into the house. I phoned my boss to report what had happened and told her I couldn’t service the house. While on the phone, I looked at the house. The owner and his friend were standing at the rail of the upper deck laughing at us.

It didn’t take more than an hour before my knee started swelling. When I dove into my car, I must have torn or stressed the joint. For what purpose did this happen? To be an amusement, fodder for the renter, who thought it was oh-so-funny that I was afraid of strange dogs. Nope, I don’t hate the dogs—I hate people—the owners. Not all, but I seem to attract sadistic sociopaths.

I’d like to externalize the experience by using it for fiction. But deep down I ask—how can you write about people when you hate them? If you have answers for me, please let me know. I’ve got time on my hands now that I must once again restrict movement to gain long-term mobility.
Posted by E. B. Davis at 12:00 AM

Email ThisBlogThis!Share to TwitterShare to FacebookShare to Pinterest
Labels: E. B. Davis, fodder for fiction, Write What You Know

Write it just as you did here. It's a true life incident and that is exactly how it reads. It works, add emotion and stir! If you are uncomfortable writing it as happening to your protag, have your protag witness it, or have it happen to your victim. It works well.

What struck me in the real life version - in addition to these two people being lower than slugs on the evolutionary scale - who could do that to another human being and find it amusing - they are practicing animal abuse. Someone, by accident or design, is going to take the owners' actions out on the dogs. Or the dogs, because they have been trained to behave in a vicious manner, are going to carry it to an extreme and not respond to the owners' recalls. The entire situation is a tragedy in the making.

You could turn this into a noir story: they've trained their attack dogs, late one night one comes home late having drunk too much, can't find their keys (there's a spare hidden behind the garbage cans in the back yard), and while scrounging up the spare, the one that's home sics the dogs on the "bum rummaging through the garbage." By the time the dogs are called off, the drunk one has fallen on the chain fence and cut his jugular vein and bleeds out. The dogs end up in a good home and the other one is convicted with accidental homicide based on the neighbor's testimony.

Use this experience! In Georgia, we had a new neighbor, Bullet, half Rottweiler and half something else equally vicious. Bullet wasn't leashed or fenced and was free to charge dogs walking by. The owner told me Bullet "don't like poodles" and to stay off his property.

With kids in every house on the street, the police and animal control made sure Bullet was put behind a sturdy fence and walked on a leash.

Elaine, I like Jim's idea for a story. Do you know if the owner did anything about those renters? He should have. If not, he's an enabler of bad behavior, plus he could probably be sued if those dogs attack someone on his property.

When I used to walk on my road and a side road there were two different dogs who came out onto the road barking at me. It was rather scary. Even worse was when I agreed to take care of the young year old white German shepherd that belonged to his family while they went on vacation. The next morning when I went out to head to school. The dog came charging at me snarling and barking. He'd broke lose from the chain he was fastened with. I managed to get into my car, but worried about my daughter who would be leaving for college soon. I went to my son's house, and fortunately they had not left yet. It may sound bad, but my son put the dog down because he didn't want it attacking and of his three kids friends or others. Also, if he gave him to the group who takes in unwanted dogs, who is to say he might attack someone else some day.

As you know, I'm a dog lover mostly collies but we've had two German Shepherds. They weren't vicious but the 2nd one my son brought home as a puppy, was nervous around small
children, so he was never allowed out of his kennel when children came. Adults he was okay
with and except for not trusting young children he never showed any vicious behavior. He actually became more my dog since my son was a teenager, who was busy with friends and
school.

I echo the advice above. this has the makings of a great story. The first novel I wrote was powered by anger. It went quickly and , of course, badly but the experience was good for me. I can imagine the dogs neglected and unfed until the owner needs protection having been beaten up. He opens the door and the starving dog smell his blood etc.

EB, I hope you're on the mend. Your story made my blood boil! There are some truly awful people in the world. I hope these characters end up in one of your stories and are served some just desserts.
In real life, this was a rental right? I wonder what responsibility the homeowners have in situations where the dreadful renters harm someone?

So sad that you had to experience that. It's people like them who don't have an ounce of empathy and are the types who turn into the bullies the news has been covering in recent weeks. I hope you are recovering, both physically and emotionally.

Sorry you have had to deal with the residuals of idiots.

Of course you can use this in fiction! Strong emotions make for vivid writing. You could always make the people drug dealers or human trafficers who have the dogs to keep people away.

We had a rescued Rottweiler at one point. We took him to a trainer, who explained that he was by nature suspicious, so we should never give him the opportunity to meet anyone unsupervised. However, he was also the most obedient dog I have ever seen, and would stop growling and sit immediately if we told him to, even if he was off leash in our yard. We also had to dissuade him from guarding the end of the driveway, where he challenged everything that came by, and taught him to guard the front door. He felt he needed to guard something. He'd lie on the front step, eyeing the squirrels, but he was too far away from the road to think he had to worry about anything on it. He was also the sweetest big brother to our other, smaller dogs and when we took in a stray cat who had kittens, he was very gentle helping care for them any playing with them.

A lot depends upon what the owners want. Many dogs will do whatever they think a good dog would do, and it's up to the people to define what a good dog does.

Have you considered carrying pepper spray?

Hope you get better soon! Having a leg that's not completely functional is a royal apin.

Thanks everyone for your concern and ideas. I am on the mend, but still have inflammation in my entire leg. I've learned in the past from sports injuries that MDs aren't effective in treating soft tissue damage. At websites I read about these injuries--after determining no structural breaks have occurred, they recommended working with a physical therapist. I don't have a local one, but my daughter-in-law is one so I will ask her and try any recommendations she gives me. I went to the gym last week and it helped flush some of the inflammation out. But I've been so busy, I won't get back there until tomorrow.

My apologies for not responding sooner to your comments. After Labor Day--I hope the pace of my life slows down.

I actually did get an idea for a story out of it. Thanks!