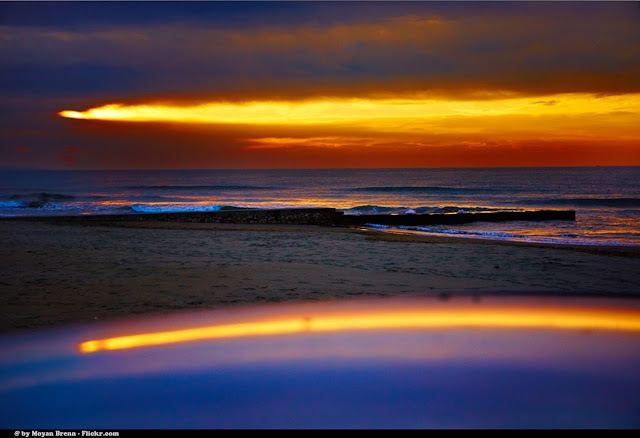 Here’s a YouTube version of Robert Frost’s short poem, “Fire and Ice,” which was first published in Harper’s Magazine in 1920 and later incorporated in the Pulitzer-winning book New Hampshire. It’s a short poem, and I give you permission to do a quick listen before reading the rest of this blog.

I grew up in the age of “duck and cover.” [Oh heck, I just Goggled the phrase and came up with this nine-minute 1951 Civil Defense film featuring Bert the Turtle.] I remember in school curling into a ball under my desk, covering my head and neck with my arms. Other times we filed into the hallways and, making sure not to be opposite a door where flying glass would be a problem, we impatiently sat covering our heads with our hands. The assumption was we should do everything possible to survive an enemy attack.

My house and school were about six miles away from Kodak Park in Rochester, New York. Kodak Park would have been a very likely target in a nuclear war with the USSR because of its film production and processing capabilities. At the time, all the spy-plane cameras and film were produced by Kodak or Polaroid (also a Rochester company back then).

What no one told us back then was that a typical mid-sized hydrogen bomb when exploded in the atmosphere would have a blast zone of nearly seven miles and a thermal radiation hot zone of fifteen miles. That would have been the effect if either of the four megaton H-bombs the US accidentally dropped on North Carolina on January 24, 1961 when a B-52 broke apart had exploded. Although three of the four “fail-safe” devices on one of the bombs did fail, the fourth held and the devices didn’t trigger an explosion. [i]

The world for me would have ended in fire. Crushed or not, I would have been toast.

For those not so near a likely target, the world might have ended in ice. For many years, “experts” predicted a nuclear winter would follow an all-out nuclear war. The hypothesis was that the firestorms caused by the nuclear bombs would combine to throw so much soot into the atmosphere it would block sufficient sunlight to cause a significant temperature drop and induce a permanent winter—at least until the soot precipitated out of the atmosphere.

Hey good news: we have a cure for global warming—a global nuclear war! While generally discredited now because models show cities won’t burn as originally anticipated and therefore not produce enough atmospheric debris,[ii] it struck a chord of plausibility as the world has experienced global cooling because of atmospheric soot. In 1816 the northern hemisphere suffered a “volcanic winter” generally attributed to the ash plume from the 1815 eruption of Mount Tambora in the East Dutch Indies. In the Berkshires and upstate New York where my ancestors lived there, was wide-spread crop failure as snow fell as late as June and frost occurred throughout the summer.[iii]

As a child, I was never scared of nuclear war. It had no meaning for me. The drills were just one of the things you did, like saying the pledge of allegiance every morning. You didn’t think about the meaning of either one. That changed for me in October 1962 during the Cuban missile crisis. It’s the first international news event that I really recall (I turned twelve while it was going on), and I remember it because of the palpable fear I sensed from adults around me. I remember watching the news with my family as President Kennedy announced on live television the embargo of Cuba. I had to ask my parents where “Cuber” was (and learned about New England accents!) I remember the huge typeface of the newspaper that included the critical word: BLOCKADE.

Negotiations worked that time, but there was a subsequent boom in backyard bunker building.

Now it seems some of the 1% are preparing for all kinds of potential disaster with luxury bunkers.[iv] I have neighbors who are contemplating how they could become subsistence farmers and hunt the woods for their meat. My neighbors have armed themselves in preparation of that dystopian future; they would surely have to defend their supplies and food from those who won’t be prepared.

I am making no such preparations, and I frankly have no fears of a nuclear holocaust. When I think of what it would take to survive a nuclear war or collapse of our food supplies, whatever the cause, I realize I don’t want to be a survivor. Maybe it’s because I’m on the downward slope of life. Maybe it’s because I am so distraught about our continual worldwide inhumane treatment of our fellow humans that I secretly think the world might be better off if our species became extinct.

I admit to being a chicken when it comes to death. I’d prefer it to happen with no pain and in my sleep. If it comes to a great disaster, I’d rather go in the fire of one big flash and know nothing of it than by the slow freeze of ice.

I have been thinking about the collapse of our food supplies, but in a fictional sense. It’s the proximate trigger for a future I am sketching out for a possible trilogy. I’ll let you know how that works out.

I remember school air raid drills, though was too young to understand the Cuban missile crisis.

And here we are, contemplating scenarios we thought we'd left behind fifty plus years ago.

I'm with you, Jim. I'd prefer not to be one of the survivors. I'm old enough to remember those school drills and seeing a sample bomb shelter that was erected on one of the main streets in our town. I also remember vividly going to high school the day of the Cuban Missile crisis stand off and wondering whether I would be going home that day.

Margaret & Grace -- One of the things I've always found so interesting is how just a few years difference in age lead to such different experiences. I was subject to the first draft lottery and had friends who protested the war and friends who served in it. It was a central event and shaped much of my cohort's thinking about foreign engagements. My younger sister studied the war in high school--not central at all.

Oh, I remember duck and cover, and instructions that if we were caught outside to cover ourselves with newspaper. I could never make that jibe with the stories that clothing patterns from clothes worn by the victims in Japan were permanently etched into their skin (I don't know if that was true, or if it was simply one of those stories they told kids).

I also remember the Cuban missile crisis. My brother was old enough for the draft that year, and we had family in Miami we visited frequently. I recall what looked like barbed wire rolls on Smathers Beach in Key West and entire areas of the Everglades off limits. Later found out there were missile bases of our own in the Glades, the adults might have known it then. Lots of people in South Florida bought bomb shelters. In 1993 when I was house hunting, one of the houses I looked at had one buried in the back yard. The current owners had it set up for a musician's studio for their son who was learning the tuba. Seemed like a good use of space to me!

Kait -- repurposing a bomb shelter for music practice is a great idea, whether it be for tuba, drums, or (say) bagpipes!

Fire and Ice is one of my favorite Robert Frost poems.

I'm older than you so we didn't go through those getting under the desks, etc. but my children did and later when I was teaching third grade, our students had to go into the hall
and curl up against the walls with their hands over their heads because of tornados which fortunately never hit our school.

As for me, I'm not worried about a nuclear war. In spite of North Korea's nuclear arsenal, it doesn't compare with ours and even more so when combined with our allies. They aren't stupid and would not want to have a war that would wipe them out. I'm more concerned about global warming, to tell you the truth, but even there except for a few people claiming it's not real, there are enough people who believe in it so I think it will eventually be solved,
although maybe that's the Pollyanna in me.