I hate conflict and made one of the worst career decisions in history. I became a lawyer. It didn’t take long to confirm my personality and career path were not in sync. 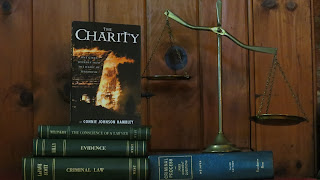 Not leveraging my legal education in a career would have compounded the bad decisions, except for one thing: Going to law school was the best place to learn how to write. Eventually, I began to write thrillers and realized that writing a well-paced and cogent thriller is very much like writing a well-articulated and succinct brief.

Lawyers are a cagy bunch. We choose words very carefully. A LOT of research goes into a good brief because a lawyer has to know what she’s up against. A legal brief encapsulates an entire world. The brief contains the foundation of facts and law for each persuasive argument used to win a case. All the details and supporting evidence must be present, or the case falls apart. A well-written thriller does the same thing. An author creates a world populated with characters with points of view, cajoles the reader into that perspective, and persuades them that the life and death moments are real. Manipulation has never been so blatant or so much fun.

I see the similarities as follows:

1. Opposing counsel is your discerning reader.
I value the intelligence of my readers and I construct my plots so everything hangs together in a logical progression. A good opposing counsel, just like the critical reader, is waiting for that one forgotten fact or that one logical over-extension of an argument that could cut everything off at the knees. The written work cannot contain any loose threads that, if pulled, unravel the whole darned thing. Any overreaching or mischaracterization is giving clover to the opposition (read: vociferous critic). No attorney wants to make picking apart finely honed arguments easy. I write for readers who progress through plots with a fine-toothed comb, just like a judge would, too.

2. A well-constructed thriller is like a well-constructed brief.
A brief contains three sections. The first section is the Statement of Facts. It sets the stage and defines the capsule in which the Argument resides. A good thriller starts the same way by setting the stage and defining the world within which the reader’s expectations grow. The clever writer subtly triggers biases to label named parties as “good” or “bad.” All the pertinent information is loaded up here. 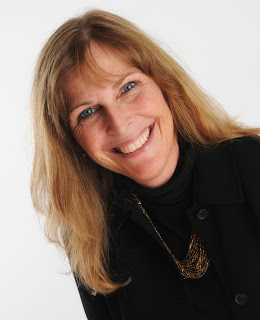 The next section is the Argument. This section takes the facts and fleshes them out with additional cases, supporting law and perspectives, and keeps the end in mind with each sentence. A thriller evolves by expanding the initial statement of the plot and weaves in other information, pulling the reader along with a clear purpose in mind.

The final section of the brief is the Summation. This is where the writer weaves together the stated facts and cited law into a final and ironclad presentation of the case. Doubt has no wiggle room. Guilty or innocent? Custody granted to taken away? The thriller knits all of the characters and plot points into a believable and airtight climax.

3.  Never lose sight of who your audience is and the direction of your argument or story.
In both a brief and a thriller, always keep what you are writing and who you are writing for in the forefront of your mind. Use your reader's world view to shape how a sentence is crafted. Are you writing to a criminal lawyer or to a family attorney in divorce court? Are you writing to a young adult audience or to lovers of erotica? That first kiss will look a lot different depending upon who will be reading it. Sculpt each sentence to persuade and manipulate the reader. Coerce without them feeling persuaded or manipulated.

Law school was my writing boot camp. There, I inhaled information and exhaled legal arguments. An author inhales much of the same information but exhales a story.
Trust me, exhaling stories is a lot more fun.
The Troubles continues the story of The Charity.
Jessica Wyeth refuses to be a fugitive hiding under assumed identities. Through sheer grit, she struggles to reclaim her life only to discover what she wants is an illusion. She is not the child of the picture-perfect New England family, but an unwanted castaway. Her frail and reclusive aunt died without exposing the secret that she was Jessica’s mother. Jessica travels to Ireland—her mother’s home—to learn why.
When Jessica rides in a world-class steeplechase, she is unwittingly used as an accomplice in a devastating bombing in an English shopping mall. The group behind the bombing is the Charity, a generations old support network of the IRA. Michael Conant, reluctant heir to the Charity and Jessica’s lover, must choose his allegiance to his violent family legacy or the woman he loves. Meanwhile, Jessica’s fight for her life leads her to uncover her mother’s secrets and the divided soul of the Irelands. 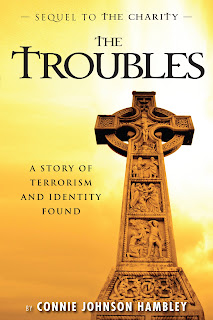 The Troubles is a high-concept suspense novel that views the conflict in Northern Ireland through the prism of American involvement. This sweeping, multi-generational tale gives witness to the delicate and dangerous layers inside an ever-unfolding world.
Connie Johnson Hambley grew up on a small dairy farm just north of New York City. When she was five years old, an arsonist burned her family’s barn to the ground. Memories from that experience grew the stories that have become The Charity and The Troubles.
Hambley uses every bit of personal experience to create a story that is as believable as it is suspenseful. Leveraging her law and investment background in ways unique, creative, but not altogether logical, she has enjoyed robust professional pursuits that include writing for Bloomberg BusinessWeek, Massachusetts High Tech, and Nature Biotechnology. Proving that truth can be stranger than fiction, her experience at a major bank in Boston introduced her to the clever schemes people dream up to launder money.
Hambley writes about strong women from their perspective in situations that demand the most from them. No special powers, no gadgets, no super human abilities. Just a woman caught up or embroiled in something that she has to get out of, hopefully alive.
Hambley writes page-turners and The Charity is the first in a series. Its sequel, The Troubles was released in May 2015. Look for updates and information on facebook.com/thecharitythriller and www.conniejohnsonhambley.com.
Posted by E. B. Davis at 12:00 AM

A number of my favorite writers are lawyers, and you give a good oversight into why and how they can write so well.

When I was a child, supporting the IRA was always a whispered topic of conversation among my relatives. They did, however, make an effort to leave the next generation out of the conflict, rather than passing on a legacy.

I'll keep this in mind while I'm reading courtroom procedurals. I've heard that legal writing is a tough law school class. Do lawyers continue to improve their brief writing during their careers?

In the seventies I worked on Cape Cod during college summers. There was always talk of local (financial) support for the IRA.

I had never given it any consideration before your blog, but after reading it, I like your comparison between writing a brief and a crime novel. Thanks for the perspective.

Why do they call them briefs when the finished documents are anything but brief?

Heavens! Being late to the courtroom would result in prejudicing the case! Sorry all for my late arrival. (I blame it on celebrating my daughter's 18th birthday. You know, adult coronation and all that...)

That said...
KM: Thank you. One theme in The Troubles follows what you said - Parents may not want to pass on a legacy of violence, but learned hatreds are difficult to overcome. Look at our U.S. history. George Washington and his band of patriots were HATED by the Brits and considered rebels and terrorists by them. It's all in the perspective.

Margaret: Most lawyers really suck at writing. They use too many words to cloud the fact they don't have a concise argument. The good ones know how to lop off pages to get to the meat. Like us writers, it's all about the craft.

James: Thank you. For me, good structure leads to a good book. Strategic building of a story is equally as important as good writing. The skeleton must be sound or the muscles can't work well.

Warren: Ha! So true! Most courts have a page limit and formatting mandates which dramatically cut down what lawyers would WANT to submit! Fifty pages and anything after that is TOSSED! Hair pulling and freak outs are common.