What If You Have Multiple Protagonists?


What If You Have Multiple Protagonists
by Linda Rodriguez 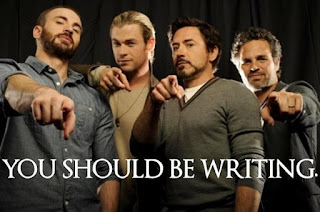 This blog post arises from work I’ve done lately with developmental editing clients and questions I’ve been asked by students of my writing classes. Sometimes when a writer is in the heart of the story, she may find herself with several leading characters and not know which one is her protagonist. She may ask if she can have multiple protagonists because they’re all equally important characters.


This doesn’t happen often with writers of cozy, traditional, police-procedural, or private-eye mysteries because the amateur or professional detective is always the protagonist, but when you move into thriller and suspense territory or, especially, further afield into literary novels, women’s fiction, historical novels, family sagas, and science fiction and fantasy novels, you may find yourself looking at several major characters who could all be your protagonists. (Some police procedurals may also wind up in this territory, if they are ensemble books, though usually even those will focus more on one character of the team.)


I don’t tell writers that they can never have multiple protagonists, in part because I’m not a fan of telling people there’s only one way to write. I do, however, point out that, unless they are writing a multi-volume historical, family saga, or fantasy series, they probably need to zero in on which character’s story provides the narrative line for their book. In multi-volume historical, family saga, and fantasy series, the full story of the series often spans generations, and the protagonist may change as time passes, and a new generation comes to the fore. These books are a special case, however, and often change protagonist from book to book.


I do tell writers that, most often, they need one major protagonist, but they can have several other very important characters who may have character arcs that become major subplots. Think of a Dickens novel, sprawling across hundreds and hundreds of pages, with its teeming multitudes of characters where extensive time may be spent with first this character and his machinations, then this character and her problems, before coming back to this character from the beginning. Dickens, however important some of his secondary characters were in his books—and many were quite important—never forgot who his protagonist was. We learn the stories of many characters in Great Expectations, but the protagonist of that book is always Pip. In Bleak House, we have a long, suspenseful story around Lady Dedlock, but eventually it ties into Esther Summerson’s story, and Dickens never allows us to lose sight of the fact that, among the many other stories within this novel, this book is Esther’s story.


Usually, these questions help the writer to narrow his focus down to the character who is the true protagonist of the book. The protagonist provides the narrative spine of the book. Many important stories may radiate out from it like an animal’s skeleton, but without that spine, the animal can’t move. It’s the same with a novel. Without that narrative spine, it’s dead in the water, flailing around aimlessly.  Of course, in nature, as in writing, there are always exceptions. The jellyfish gets along perfectly well without a traditional spine. There will be books that can shine with multiple protagonists, books that are not multi-volume sagas that span generations, but they are the unusual outliers. If you want to make writing your novel easier and more assured of success, you’ll be wise to settle on one major protagonist, no matter how many very important secondary characters you also have.


Have you ever had problems figuring out who’s the protagonist of a book you were writing or reading?
Posted by Linda Rodriguez at 12:30 AM

In my current WIP, Doubtful Relations, I have large portions of the McCree extended family involved. In early drafts, the story was more Paddy’s, the son, ’s than Seamus’s, the father. Since the book belongs in the Seamus McCree series, in later drafts I had to modify some scenes and the story a bit in order to make sure Seamus was the protagonist. Paddy still has a major role.

I can always identify the main character, but I struggle sometimes keeping all the secondary characters straight, particularly if they're all the same age and sex.

In Ann Cleeves's Thin Air, Jimmy Perez is the MC and one of the investigating police officers. But we meet one of the murder victim's friends, Polly, in the first paragraph; her character and story arc are the most interesting. And of course, the location on a remote Shetland island becomes a major character, too.

I've read romance-type novels where equal attention is given to both partners, often in alternating chapters.

In my work, I've never had the problem of identifying the protagonist---usually one character is whispering in my ear, demanding that his (or her) story be told, so there's no doubt in my mind whose story it is.

The concept of multiple protagonists, though, is intriguing. I never really thought about it.

So far I have always been able to identify the main character in any book I have finished. Some of those I haven't well, maybe I would have caught on eventually, but I stopped reading before I figure out who to invest my interest in. What an interesting thought that multiple protagonists are genre driven. Makes perfect sense, in a thriller, or a procedural, it's almost required. Same with noir since you have to be invested in the victim and the investigator. Lots of food for thought here, Linda.

In some of my historical works I have used multiple points of view. Some readers do not like that. It requires more work on the part of the reader to keep things in mind when the POV of a character is re-introduced. However, sometimes it fits the conception I have of the story,

My protagonist appears in all my books, but because it's a series, I do write from multiple points of view bringing returning characters into the story as a major character with a problem. And then, of course, there's the protagonist's love interest who always has a major role, too. Comments from my critique partners and fans is that they love reading about returning characters who become important to the plot.

Jim, yes, a secondary character can sometimes run away with a book. It's always important to keep in mind whose story it really is.

Margaret, and that's okay. Multiple major characters, if you know how to handle them, can simply make a book richer and more complex.

KM, you're right. I should have added romance as one of the genres that often has multiple protagonists.

I'm writing a big, complicated novel right now that I had to go through the questioning to determine my protagonist. It has several major characters whose character arcs are intimately intertwined with the major plot, but they are not the protagonists of that major plot, even though they're very important to the book.

Kait, I wonder if one of the reasons you weren't able to finish those book, at least some of them, was because you couldn't figure out who to identify with, whose story you were supposed to be following.

Warren, historical novels are one of the genres where multiple protagonists may be required. They're often dealing with large events that span continents and sometimes the globe and may also span generations. If you're writing a novel about WWII or the Revolutionary War, for example, and you're trying to show the effect of the crisis on people on all sides of it, you may well need two or more protagonists. Usually multiple protagonists are called for in or work for novels that deal with large societal events/movements that span great distances and/or great time periods.

Yes, Gloria, that's a common way to handle mystery series. I have seen some mystery series, for example Michael Connelly's or Joh Lescroart's, where major secondary characters have eventually been given their own books or their own series.