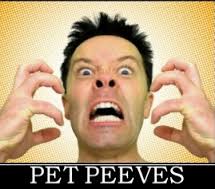 Mostly I don’t have a lot of things that irritate me, but I’m human and far from being a saint so I do get annoyed at times with people and other things. Before I decided to write this blog, I Googled the Biggest Pet Peeves list – a list with at least 100 pet peeves. No way am I going to put all those down, especially since many of those mentioned don’t bother me. Here are some of those listed on that site: People who talk during the movie. Unflushed messy public toilets. People who act like they know about something, but don’t. People chewing with their mouth open. Loud cell phone conversations in public. Telemarketers. People throwing trash out of car windows. This is only a few of the pet peeves listed on the list, but ones I find annoying, too. There were a lot more about other drivers, too.

From a Top Ten List of pet peeves:  1. Mouth noises/chewing with mouth open. (I don’t know anyone who does this, but it probably would be annoying.) 2. Poor driving etiquette. (Yes!) 3. Not washing hands after using the restroom. (Especially if they’re working in a restaurant, I would say.) 4. People who use the word “your” instead of “you’re.” 5. Throwing trash from a car as seen above (And yes, I’m annoyed with that, too, especially when it lands in my yard.) 6. Bitchy schoolgirls. (This must come from teenagers. I don’t know any bitchy schoolgirls, but I can see that it would be a problem.) 7. The naming of celebrity couples or naming your kids after adjectives i.e. Desire, Happiness. (Doesn’t bother me. Not my business.) 8. When people copy you in every way. (Can’t think of anyone who copies me or would even want to.) 10. Cell phone drivers. (Now I find that extremely annoying as well as putting others in danger. That would be at the top of my list.) 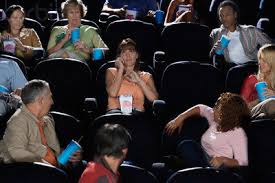 From the first list above; telemarketers is high on the list. I don’t go to a lot of movies, but anyone talking or texting during movies are rude in my opinion. Filthy public toilets which are too often found when I’m traveling. Yuck!

So what pet peeves or annoyances do I have that weren’t listed above? Well, I get annoyed when my younger brother, who is probably only doing it to annoy me now, makes comments about how nice it must be to be retired and have all the time I have. Yeah, right! Even though others may not say that, they probably think it.  They obviously don’t understand how much time is put into writing if one is a writer as I am.
I really don’t like people giving me advice that I haven’t asked for; Advice such as you really should start getting rid of things and simplifying your life, etc. I’m nowhere near being someone the board of health would put on their list as being a senile hoarder. Yes, I have lots and lots of books, but they’re in bookcases and not in piles all over the house. And my newspapers are either used in the bottom of my bird cages or taken to recycling.

Speaking of recycling, I get extremely annoyed with people who don’t recycle; people who can’t take the time to take recyclables to a recycling center when they’re all over the place. I’ve been recycling for over 45 years now. 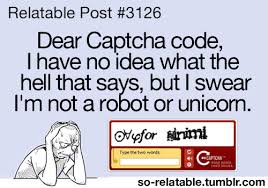 People, who are bigots, or those who feel they and their particular religion is the only one who God listens to, and that they, and only they know exactly the right answers.

Rabbits and groundhogs that eat my vegetables before they’re ripe, or even worse when they’re almost ready to ripen.

Japanese beetles, which fortunately weren’t very many this year. Maybe because of the severe winter we had, or that almost nonstop rain we had this past spring and early summer that may have drowned most of the grubs. 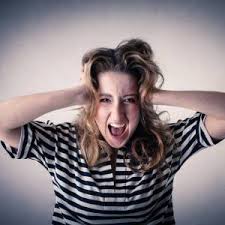 At a recent book club meeting, I was told I should always read the book club pick before I read anything else, even if I didn’t like the book, and I didn’t in this case. Both of the women, who thought that, are retired and live alone. They don’t have any yard work like weeding, planting and mowing, as I do since they live in either a condo or an apartment. They also each have a cleaning lady coming in and cleaning every week. Was I ticked off? You bet I was. Did I argue over it? No. Maybe I should have, but I believe harsh words create anger that’s not easily forgotten, and I like both of these women. Incidentally, the woman who picked the book didn’t read it in advance, and not many people liked it even if they finished reading it, which not all did. 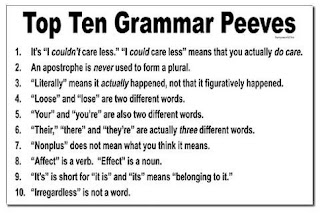 What are your pet peeves?

The Captcha things annoy me a lot! News headlines which say pretty much the opposite of the details of the story - I think that's the worst. People who make disparaging comments on news stories they're not interested in - as if no one else should be interested if they're not. In fact, I really shouldn't read the comments....

Currently Microsoft software that does not play together well. I had to uninstall my Microsoft Office 2010 that had stopped functioning after my switch to Windows 10. Office 2010 has a program to do that, but it too did not work. I had to go to the Microsoft website to download a special "FixIt" program. That worked fine -- so why isn't that the uninstall program one might ask?

And then I reinstalled the program. It worked fine until I rebooted my computer at which point it ceased to function again.

Well, thank you Gloria. I now have that off my chest.

Another pet peeve is people who "correct" me and are incorrect.

Those who fail to close the seat and the lid of the toilet seat. (Don't ask me about messy public toilets!) The lid has function preventing a plumb of water pellets laced with urine to cover the bathroom. Watch the PBS documentary!

Those who borrow things and never return them.

Business people who fail to act in a business-like manner.

The teenage cashier in the express check-out lane at the grocery store.
"Twelve items or less. You got too many."

"I have twelve." I counted them for her.

She snapped her bubble gum in time to the muzak.

"You got too many. Pack up and use another lane."

I packed up, and asked the store manager to check me out.

Very clever omitting 9 from the list of pet peeves. No doubt you wanted to see who would read the blog carefully and who would just skim over it. I can guess what number 9 would have been.

Warren, I have to admit I missed the fact that nine was not there.

A student came up and said, "I don't have any pet peeves. I had a dog when I was a kid, and my parents have a cat, but I don't think we've ever had a peeve."

And what does "nonplus" mean? I always thought "nonplussed" meant perplexed or flummoxed.

Some of my pet peeves:

Hearing young people start a sentence, "Me and .... It raises the hackles on my back.

People who can't be bothered to maintain their homes, or at the very least make them look tidy outside.

The "word" "alright" is at the top of my list. It is so common spell check doesn't correct it. Aargh!
At the library, my pet peeve is people who talk on the phone while they stand in line to ask me a question, and when they reach me they continue their phone conversation. I say, "I'd hate to interrupt your call. I'll just take the next person in line."

Some of my pet peeves are:

Technology that doesn't work. (Happening today.)
When software automatically updates and makes significant changes but doesn't send instructions about how to use it.
Captcha.
Yahoo Groups. (Why don't my posts show up?)
Hackers.
Plastic wrap that gets tangled around itself.

Okay, I feel better now that I've vented. Thanks, Gloria!

Thanks everyone for leaving a message. Most had me nodding my head in complete understanding, and some had me smiling. I'm on my daughter's computer in California,
so Google isn't letting me sign in under my I.D. so I'll be submitting this as anonymous. Gloria