Linda Rodriguez here. This is a guest blog by my husband, scholar, editor, and publisher, Ben Furnish.

Burial For the Dead, Rite II


Yesterday, I was reminded of an ultimate remedy for that perennial affliction of the publishing world—self-pity. The remedy? Try attending the funeral of someone who is close to your own age. 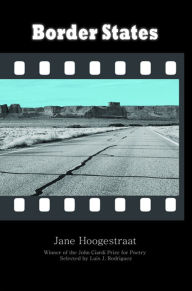 That remedy was not the reason why I packed my wife, Linda Rodriguez, into the car and drove three hours to Springfield, Missouri. I wanted to pay my respects to Jane Hoogestraat’s surviving family and colleagues. I had edited Jane’s poetry book Border States for publication last December after it won the John Ciardi Prize for Poetry. When I last heard from her, she felt optimistic she had beaten breast cancer. But her students became alarmed when she did not show up for class one day. She was already gone by then.


Unlike the deaths that populate the imaginations of the fine regular writers on this blog, hers was of natural causes. But not only is death always a shock, but her sister even pointed to the death date on the front of the funeral program and said, “This is the wrong date. It’s just wrong.”


Jane was beginning to achieve some major success for her poetry. I was gratified to hear from family and colleagues how much the book meant to her, including the reviews and award it received, especially Garrison Keillor’s selection of a poem from the book for his syndicated Writer’s Almanac radio program. The trials and tribulations of publishing, including worries about rankings and sales—never large for poetry—dwarf in the face of Jane’s unexpected fate.


I almost did not attend the service because my office desk and email in-box were groaning from the accumulated pressures of serial mini-catastrophes over the past year: Linda’s surgeries and treatments, a truck that totaled our car, whiplash, bronchitis, a maintenance-hungry house. Every morning, I would wake up knowing that I must get my act together, do more on behalf of my authors’ books and my own peripatetic teaching and writing. Every evening, I would confront the certainty of my daily failure to do enough, to get caught up, to get life under control again.


But listening to The Book of Common Prayer’s “Burial for the Dead, Rite II,” (“In your boundless compassion, console us who mourn,”) I cringed at the comparative indulgence of my previous days’ despair. Rather, my burdens are opportunities, gifts even, in comparison to the card Jane drew. Not that my turn isn’t coming one day—of course it is, as for all of us. Perhaps this is one reason why we humans endeavor to treat death with respect, whether in ritual or in fiction as writers and readers, because doing so reminds us to appreciate our own lives and seek to live them more fully.


Dr. Ben Furnish is the author of Nostalgia in Jewish-American Theater and Film: 1979-2004 (Peter Lang) and many scholarly articles and essays. He is the managing editor of BkMk Press at the University of Missouri-Kansas City and the publisher of Scapegoat Press, a micro-press specializing in literature from marginalized communities, and he teaches at the Kansas City Art Institute. He lives in Kansas City where he divides his affection unevenly between his Plott hound and his wife.

Posted by Linda Rodriguez at 12:22 AM

Life has never been, nor can we expect it to be, fair. We must make of it what we can while recognizing there are others with less opportunity who will make more of their situation and leave us embarrassed by our self-pity if we spend our time woe-me-ing our way through life.

~ Jim (who has been darned lucky)

Thank you, Ben, for reminding us what is important in life. Sometimes things become so overwhelming that we can easily lose sight of it.

Thank you for your touching and meaningful thoughts. You help us keep things in proportion.

Thank you Jim, Grace, and Warren! Your responses are comforting on a Monday morning, when a sense of proportion in life can be most elusive.

Thanks for this, Ben. Self pity is one of my vices. This helps.

Thank you for your graceful thoughts, Ben, and for the introduction to Jane's poetry. I went to the PBS website and listened to Jane's reading of "At the Edge of a Time Zone." It gave me chills. All I can do is agree with her sister. What a sadness when such a light is extinguished too soon.
http://www.pbs.org/newshour/poetry/poet-jane-hoogestraat/

How beautiful, Ben. How wise is your soul.
I just cleaned out Dad's bedroom. I needed these words today.

Jane may have left us too soon, but she left while she was in a good place, teaching and writing, having her work recognized. One can only hope she died happy, her life full of what she loved.

I lost a beloved sister to breast cancer last spring. She, too, was a university professor, teaching up until the last few weeks.

What a beautiful and touching tribute.
Thank you for reminding us to keep life in perspective, Ben.

Denise, I am in good company sharing this vice with you.

Shari, I'm so glad you got to hear the PBS News Hour recording. They do great work.

Maureen, how generous is your soul.

KM, you are absolutely right. Several folks commented at her funeral how lucky Jane was to live to see her book and enjoy its reception.

Kara and Judith, who was it who said "perspective is everything"? Pride keeps me from Googling to remember, but they were on to something.

This may be too late to be seen, but I was moved by your piece. You caught the emotions and the need to respond that I have felt when losing two very close friends --- whose date also was so very very wrong on the program. Thank you for this blog.