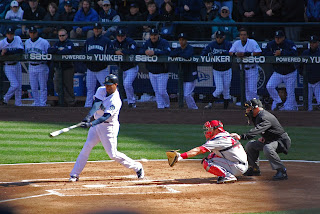 No Hope
by Warren Bull

There is no hope for the Kansas City Royals.  I wrote about them giving second chances.  I wrote about the John Jordan “Buck” O’Neil memorial seat in the ballpark. It was of no avail.  With slightly more than half the season to play, late last night in the thirteenth inning, they won a game.   Please note the thirteen.  By winning the game they had their 72nd win of the season on August 18th.  Baseball Prospectus using PECOTA, computer based analysis, predicted before the season the Royals would win 72 times in the entire season and lose 90 games. So the team should lose every game from August 18th until the end of the season. Projections are based on the individual players’ numbers for the past season.

Reportedly Sam Miller, editor-in-chief at Baseball Prospectus sent an email to the Kansas City Star saying in part that the number crunching has a “blind spot” for managers who use their bullpen well.  He added that the system probably does not account for “great defenses, which the Royals have” and “any team that outperforms their raw stats…”

Because of a rain delay the Royals game started late and continued well past my bedtime.  Oh, my.  I see the Royals won their 73rd game last night.

And to the baseball pundits who described last year’s achievements as a “fluke.”  You got the fluke part right but you missed the rest of the whale. 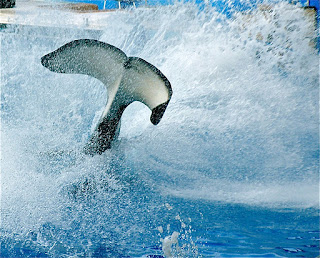 PS: I did not plan for this blog to come one day after the Royals became Central Division champions, it just worked out that way. Go Royals!
Posted by Warren Bull at 12:00 AM

Serendipity. Congrats to the Royals!

It's so crazy about baseball. At the first of the season, some teams are so good, then sink to horrid and vice versa. Look at the Rangers who may very well win their division. Crazy!

They always underestimate the Royals, Warren. It's funny. Last year when the royals went to the World Series, my agent was here in KC, giving some talks, and I was shepherding her around the city and, well, showing off. She got so excited about the Royals that she stayed up one night late at the hotel watching a game and missed her wake-up call for an early-morning event. She wasn't ready when I came to pick her up, and while she rushed around, she rhapsodized about the Royals. Even dyed-in-the-wwol New Yorkers can fall for the team. Of course, it didn't hurt that she fell in a big way for Kansas City itself.

When I was a kid, baseball was the sport. My dad chastised Kansas City (then the Athletics) calling them still the Yankees number one farm team. As they were before the Philadelphia team moved there.

Seems like every time the Yankees needed to plug a hole in their lineup they made a deal with Kansas City. But, that is ancient history. I believe it is between the Royals and the Blue Jays, am looking forward to watching it.

BTW, the Athletics beat my beloved Detroit Tigers 8-2 in their major league debut.
That's why I love baseball, it has history.