Fleshing Out Your Fictional Characters by Alan Brenham 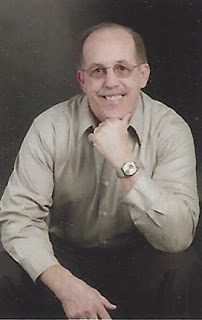 Stephen King said, in a recent blog, that authors must “tell stories about what people actually do.” He stated that “...bad writing usually arises from a stubborn refusal to tell stories about what people actually do — to face the fact, let us say, that murderers sometimes help old ladies cross the street...The people in your stories are what readers care about the most, so make sure you acknowledge all the dimensions your characters may have.”


Readers want to be drawn to entrancing, well-rounded characters. You know the ones. The protagonists and antagonists who surprise. The ones who aren’t predictable. The ones with strengths, weaknesses, and vulnerabilities. Readers crave believable characters that possess a potential to succeed but have to struggle to get there.

Give the characters a goal. Something they desperately want or need. Something to fulfill them. Love, revenge, security, or any one of a number of goals. Next ask yourself why do they want that? What happened to cause them to seek that revenge? Why is that goal so important to them?

Readers want characters to be consistent and yet surprise them. They want to wonder what’s going to happen next. Fleshed-out characters create reader fascination, and curiosity. That keeps readers turning pages. One or even two-dimensional characters - the cardboard characters - don’t turn pages. They make readers put that book aside, never to open it again.

What Stephen King implores us to do is to flesh them out. Make them human. Don’t let them be merely stock players. Like all of us, they have fears, interests, needs, and secrets, most of which are part of their backstory. Some of their traits may even impact how the protagonist or antagonist moves through the story.


Alan Brenham graduated with a B.A. from Texas A&I University and immediately went to work as a federal criminal investigator. His tour of duty took him to exotic locations such as Tehran and Beirut as well as several cities in Europe. Drawn to the beauty and history of Europe, Alan left to live in Germany, where he taught law enforcement classes to US military personnel. Two years and 25 classes later, he joined the Temple PD and was promoted to detective.

Law school became his next great adventure. After graduation from Baylor University, Alan practiced law as a prosecutor, a criminal defense attorney, and for the Texas prison system in the area of religious litigation. After retiring, Alan kept writing, using his experiences as idea generators for crime fiction books.


More about Alan and his novels can be found on his website at: http://www.alanbrenham. 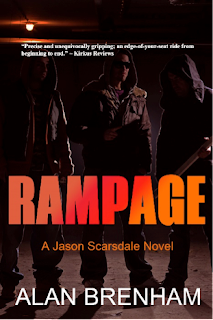 Rampage: The stakes soar both professionally and personally for Austin PD Detective Jason Scarsdale as he finds himself in a race against time to hunt down a vicious gang hell-bent on murder.
Realizing that his new partner, the attractive divorcee Tatum Harper, could be trouble in more ways than one, he tries to run her out of Homicide. Will their partnership destroy his romantic relationship with long-time girlfriend Dani Mueller? Will they both survive the harrowing face-off with the increasingly unhinged gang leader?


Rampage is the second in the Jason Scarsdale series. Published on July 4th, 2015. Rampage is available on Amazon: http://amzn.to/1JA6JXK
Posted by E. B. Davis at 12:00 AM

Thanks for joining us on Writers Who Kill and giving a nice little summary of some aspects of character development.

You have an interesting background, and I bet you can draw on it for your characters and stories.

Welcome to Writers Who Kill, Alan. I so agree with you on this aspect of writing. I've often stopped reading books because the characters were so flat and frankly boring. The best of plots can't help if the reader can't care about the characters.

Thank you, KM and Gloria.